Ewan and Charley (Ewan McGregor and Charley Boorman) have been talking about doing another motorcycle trip for a while now. The famous Long Way Round and Long Way Down TV series that have inspired thousands of people to take up adventure motorcycling felt incomplete without a third installment, and earlier this year, a new adventure began: the Long Way Up.

Ewan and Charley set out from Ushuaia, Argentina, on two Harley-Davidson Livewire motorcycles a couple of months back. Instead of riding to Alaska, they’re aiming for San Francisco instead, giving themselves three and a half months to complete the journey.

In mid-November, Ewan and Charley along with their cameraman Claudio were spotted in Ecuador having some coconut sweets by the side of the road near a small coastal town of Pedernales. Raphael Erhard, an independent photographer and motorcycle tour guide for Ecuador Freedom Bike Rental, was leading an Ecuador Backroads tour when he saw three riders stopped at the side of the road.

“I noticed their bikes were very unusual for Ecuador, so I got curious. I stopped our group, turned around, and went back to chat with those riders. Turns out, it was Ewan, Charley, and their cameraman Claudio!”, Raphael recalls. Needless to say, this was an exciting chance meeting as the exact route of Long Way Up is unknown. 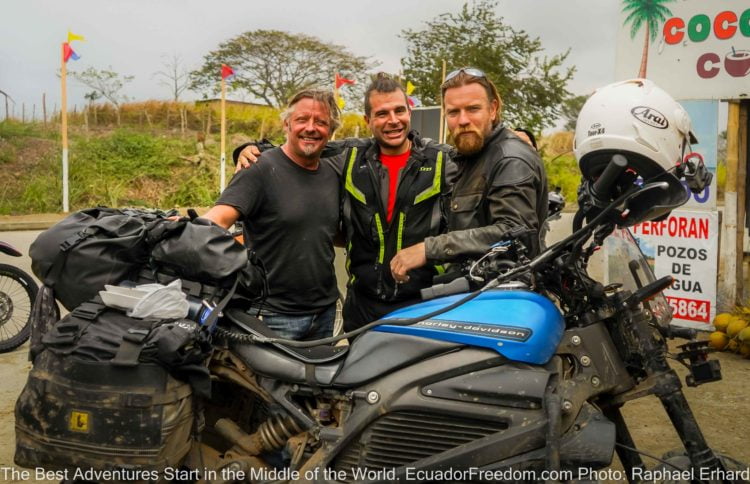 “They were really friendly and curious about what we were doing, especially Charley. They seemed to be enjoying South America a lot, they told me they’d just stayed at a small coastal lodge the night before and were heading to Quito the day we met. They seemed just really chilled out and open”, Raphael says.

According to him, Charley and Ewan were on the Livewires whereas Claudio had chosen a regular petrol bike. “They told me they were really happy with their bikes, the range being somewhere between 250 and 350 km, I don’t remember which. Charley said they wanted to focus on electric motorcycles on this journey and after trying out a Zero and a few other brands, they chose the Livewires as they felt best. They’ve made it so far, so it seems to be working. And no, I haven’t seen any generator-laden back up trucks anywhere!”. 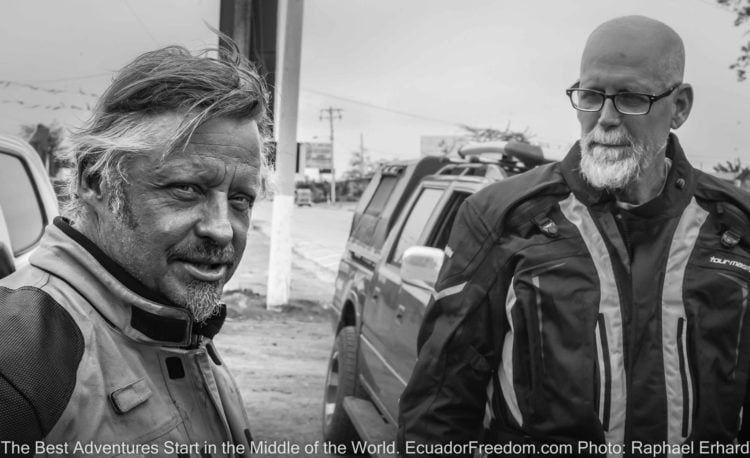 While chatting to Ewan and Charley, Raphael asked the local coconut shop owners whether they knew who these riders were. “Of course they had no clue, so I asked Ewan how did it feel to meet people who weren’t fans, who had no idea who he was. He said it was cool! Funnier still, one of the people on my tour, a Canadian rider, also had no idea who Ewan and Charley were. He wanted to know why were we stopping and taking photos with those guys. Everyone laughed so hard”, Raphael remembers. 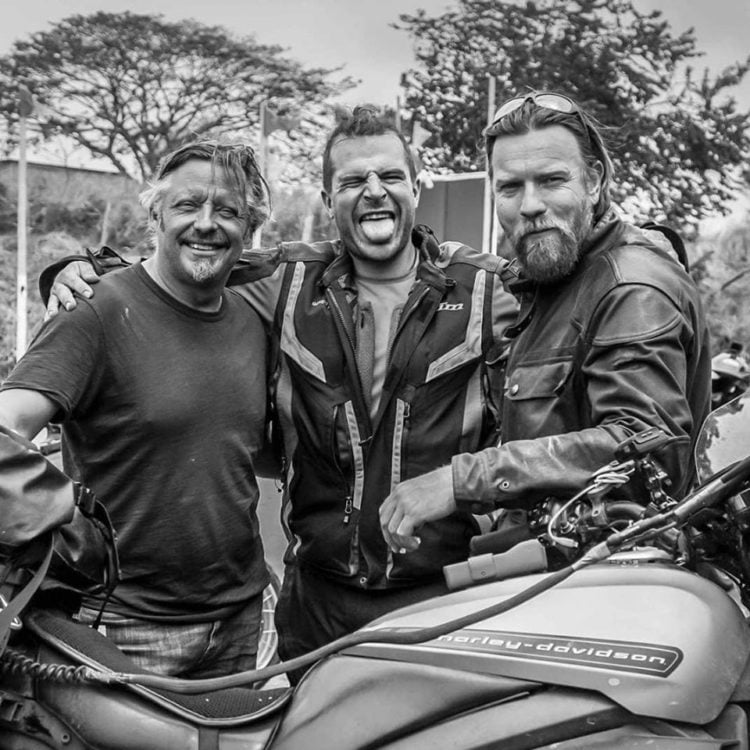 Ewan and Charley had only six weeks of their journey left when they met Raphael, so right now, they may already be somewhere near or in Mexico. If you’re riding Baja, keep an eye out for the Livewires!