Facebook has filed a patent application for a “Self-Balancing Robotic Motorcycle”.  Is it just that Facebook wants to be in with other high tech companies wanting a piece of the electric vehicle pie?  Or is it something else?

Unfortunately, the patent application does not tell us anything about the electric self-balancing motorcycle’s purpose.  But it does tell us something about how it will supposedly work.

The machine appears to have two driven wheels.  Two independent drive motors are mounted in a pair of swingarm style mounts attached to some sort of suspension system.  Each motor provides power to one wheel with a belt drive system. 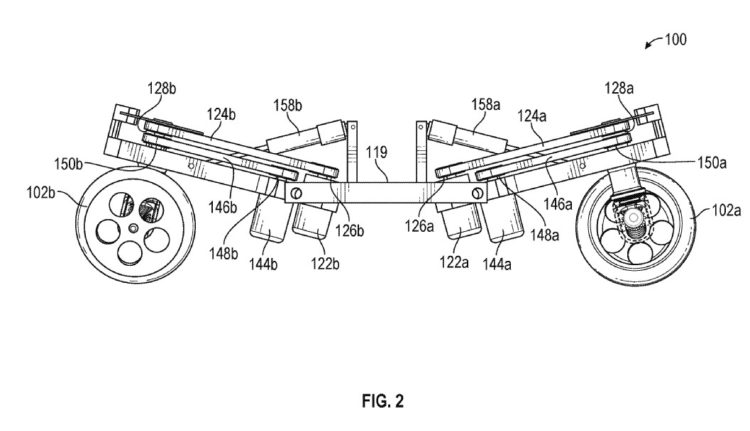 Disc brakes provide the braking.  But the discs are attached internally and would likely be enclosed by the body of the motorcycle.  Facebook claims that this method keeps the brakes out of environmental elements and therefore will be more efficient than wheel mounted discs.

Interestingly, both wheels are attached to permit 360-degree arc around the steering axis.  With this type of setup, the bike could theoretically move sideways.  That’s pretty exciting even if it is just for parking. 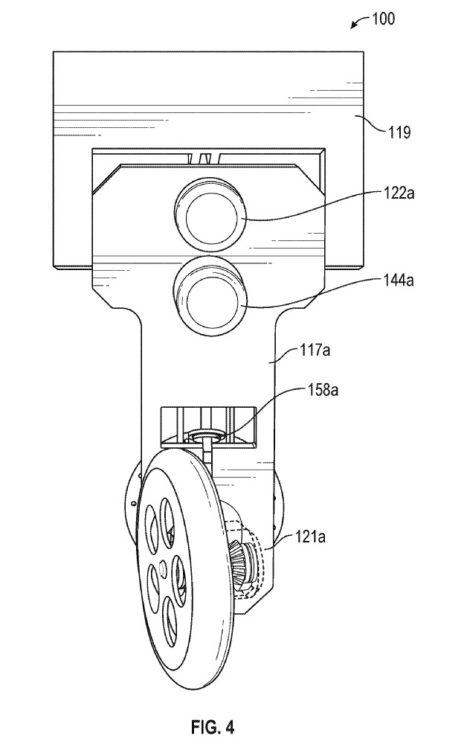 Wheels are free to rotate in a 360 degree arc around the steering. Image credit: Facebook

The self-balancing aspect of the motorcycle will be handled by a so-called control loop stabilizer.  It includes things like sensors and gyroscopes to calculate the proper balance.

So even with all this information, the major question remains.  What does Facebook intend to do with a self-balancing motorcycle?