The Federation Internationale de Motocyclisme (FIM) has backtracked a bit on the implementation of its “upgraded” helmet standard.  ADVRider.com published an article in December 2018 detailing the new standard.

The new FRHPhe-01 helmet standard was released in October 2017 and was to be implemented for all Circuit Racing FIM World Championships and Prize events as of 2019.

…the FIM will grant helmets a homologation certificate and labels, which will be a mandatory prerequisite to be entitled to access FIM Circuit Racing competitions.  To obtain such homologation, the helmet will have to meet the high performance and quality standard set by the FIM, in addition to be approved according to selected international standards

As such, the new standard was to take place for all stated events as of the first race of 2019.  Helmets that had not received approval would not be allowed in FIM circuit competition.

But on January 25, 2019, the FIM issued a press release saying that the Shark Race R Pro GP helmet was the first helmet to be approved to the FIM’s new standard.  That statement left many wondering about other brands of helmets.  With the first round of many FIM World Championships and prize events only weeks away, would the Shark helmet be the only helmet allowed by FIM?

Only one approved helmet?

The FIM responded by saying that the Shark Race R Pro, Bell Pro Star, and AGV Pista GPR, Kabuto RT-33, Shoei X-Fourteen and Nolan X-803-P had been tested and approved according to the new FIM standard.  Helmets from Arai, HJC, Scorpion had passed testing and would receive their approvals shortly.  Finally, helmets from 6D, Airoh, LS2, MT, NHK, Nolan and Suomy were being tested.

So FIM clarified that multiple helmet manufacturers will have FIM approval prior to the beginning of the 2019 season.  But they also indicated that the new standard will only apply to the MotoGP, Moto2, Moto3 and Superbike World Championships. 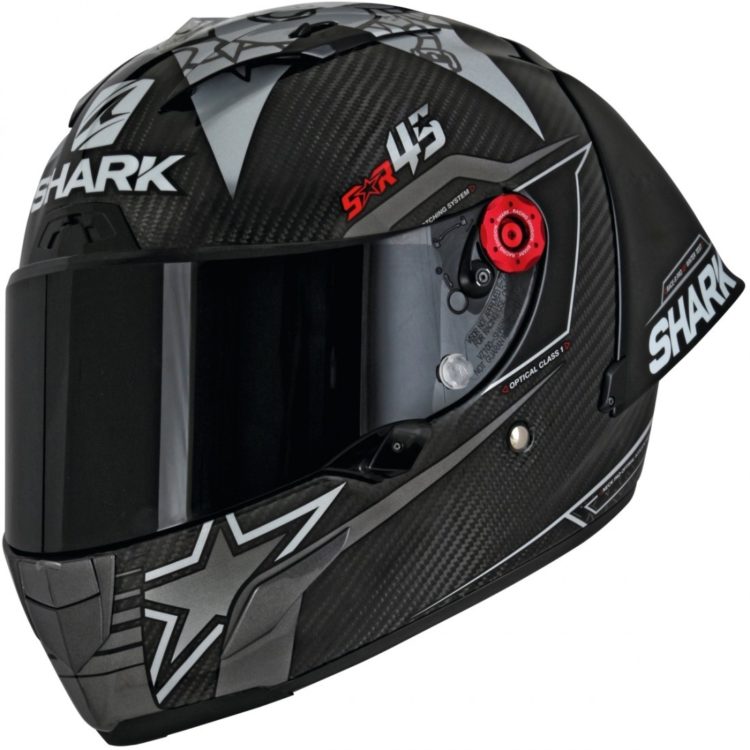 But on February 8th, the FIM issued a press release saying that the use of FIM homologated (approved) helmets would not be required until June 3rd, 2019 rather than the first event of the season in 2019.  According to the FIM:

“This decision is due to the large number of late requests for FIM racing homologation received
from circuit racing helmet manufacturers since the beginning of the year and allows time for
the helmets to be tested in the laboratory.

This means that until 2 June 2019, Grand Prix and WorldSBK will allow the use of ECE, Snell,
JIS and FRHPhe-01 helmets (see table below).

“Starting from the first Circuit Racing 2020 event, the use of FIM homologated helmets will be
mandatory without exception for all Circuit Racing disciplines (see table below). Many events
have privateer riders, so helmet manufacturers are solicited to find ways of providing them
with helmets through retail outlets or other channels.”

Even with this delay, Helmet manufacturers were warned:

“No assurance is given that a helmet will be homologated for the 2019 season unless it reaches
the laboratory, with the necessary paperwork approved, before the end of February.”

To see a list of these helmets, you can go to the FIM helmet homologation page.