Editor’s note: Read Part 1 of John’s epic ride from Ulaanbaatar, Mongolia to his home in California, USA here. Part 2 can be read here and Part 3 here.

With the border in the rear view mirror and Southern Siberian pavement smooth and fast I figured, life’s “pretty great”.

Neil Young, the Canadian singer songwriter who’s lived in California for decades, still thinks like a Canadian.  Now you may ask yourself, what the hell does that mean, to think like a Canadian? Well in a nutshell, if a Canadian says something is “pretty great”, they mean it’s, “really great”.  So there you have it – the hitchhikers guide to the Canadian psyche.  I went to school with Neil’s cousin Scott.  Gifted family to be sure.  Scott’s thing was golf.  Built like Paul Azinger or Rickey Fowler (depending on your generation) he would twist so deep and then unwind to launch a drive along one of those rising trajectories that seem to defy gravity – sports art – magical.  Funny how you lose track of people over time. I hope he’s done alright in the last quarter century.

The miles rolled by easily, graphical signage was good.   Most towns lacked gas stations but all had some form of hospital – go figure.  The Steel Mules’ 6 US gallon tank made running out of gas somewhat challenging still I was in Siberia so this was no time to get complacent. Within 50 miles of the border I spotted a gas station.  Each country seems to have a different protocol for filling a tank.  Russia, as I soon found out, was no exception. You need to open the tank, insert the pump nozzle, go inside and phonetically pronounce “polnyy” and then give them your credit card.  Miss one of these steps and you are in a world of shit.  Clearly at this first station I was in a world of shit.  Luckily the store clerks were young and had humor so using gestures we sorted it out but gone were the Mongolian filling stations where at least one guy would wander over and fill the tank – simple. 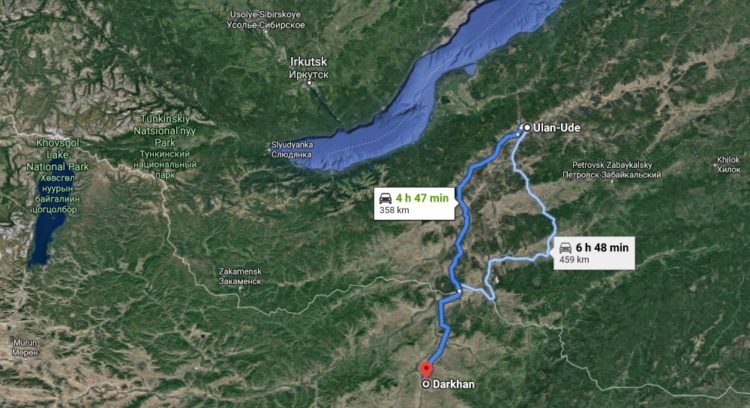 I didn’t prebook any accommodations for that night. I thought my chances of pitching the tent somewhere along the road were pretty good but I made it to Ulan-Ude just after sunset. The highway funneled me quite naturally to the downtown where I had several nice looking hotels to choose from. I found a room at the Baikal Plaza Hotel. There was a single night deal for the equivalent of 40$. That’s high compared to Mongolia but I was feeling pretty good having got through customs with lousy documents. It was OK to splurge tonight.  And besides, right there in lobby was a picture of Vladimir Putin standing right where I stood – so this must be the equivalent of Trump Towers – Russia style! 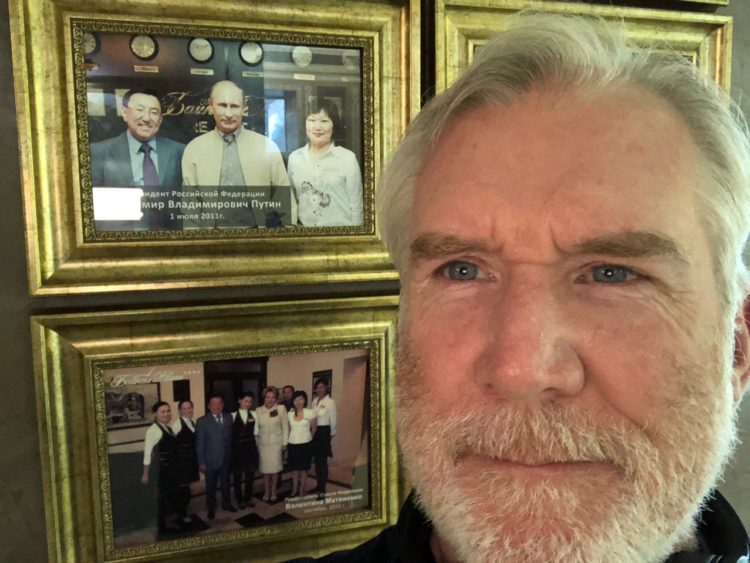 I was unloading the machine when a couple of Russians approached.  One spoke English asking where I was from. I told him my story at which point he repeated back somewhat incredulously, “you are riding a motorcycle across Russia alone, unable to speak Russian, that should be — interesting”.  He offered me an observation that I sincerely hope is true, “In the last decade Russian police have stopped expecting cash payments – bribes – when they stop you”.  I filed that away in my mind and then moved the conversation to focus on these two men.  They were trainers in the oil and gas industry visiting from Moscow.  The English speaker declared, “We are White Russians”, in an almost triumphant tone.  I had to remind myself that political correctness was likely a different concept here.  We parted and I searched out a sushi place for a late dinner.

The Hotel has a locked compound for vehicles. I like that. 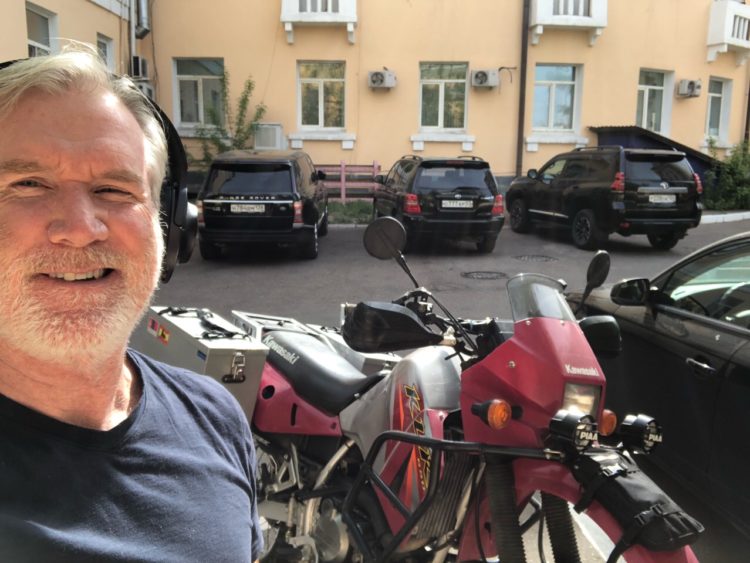 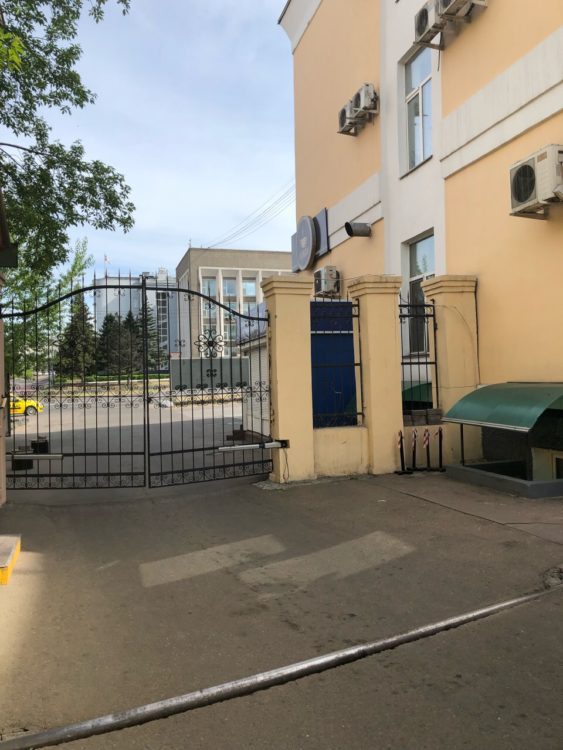 So now planning for tomorrow, my nephew, Mark Phillips,  got me pretty excited about Lake Baikal.  Apparently, by volume, it is the largest fresh water lake on earth.

Up early Baikal is today’s destination.  But before leaving Ulan-Ude I spotted a huge bust of what appeared to be Vladimir Lenin in a nearby square – photo opportunity.  And yes I’m too damn lazy to walk over and get the money shot.  I have a date with the deepest freshwater lake in the world.  Time to roll. 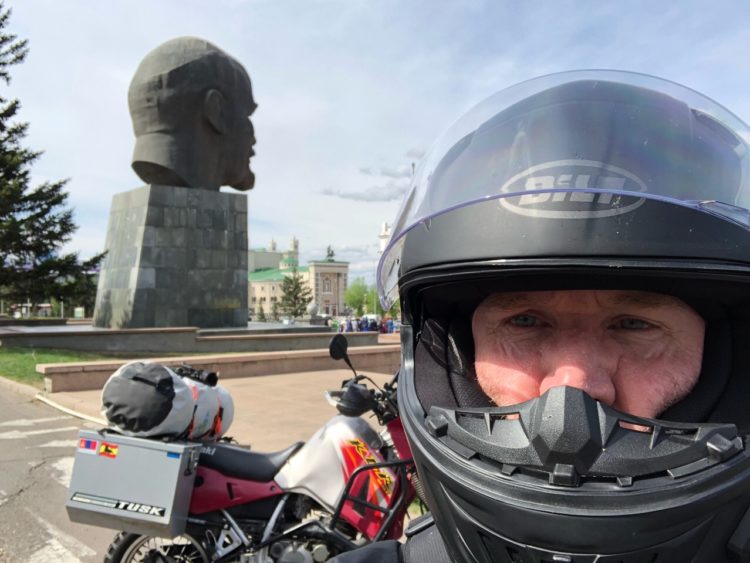 Massive Bust of Lenin in Ulan-Ude