Seventy-three-year-old Joe Carson owns a Honda-Harley Davidson dealership in Carroll, Ohio.  While that’s cool, there’s quite a bit more to his story.

Joe has loved motorcycles since he was very young.  8 years old to be precise.  His mother arranged for a friend of the family to take him for a ride on his Harley-Davidson.  From that point on, Joe was hooked.

He bought his first motorcycle for $135 when he was 14.  The money came from mowing lawns and delivering newspapers.  He later told his mom that he’d really like to find a way to earn a living with motorcycles.

At age 16, he saw a television program about the International Six Days Enduro (ISDE).  He liked the idea of racers from all over the world racing against each other with the winners receiving gold, silver and bronze medals.  Just like the Olympics. 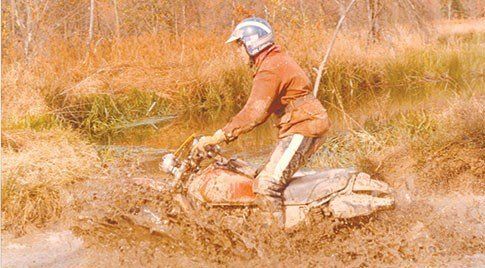 It was then that he started racing on a used 200 cc “racing” bike.  He raced on the weekends and met with some success.  By 1962, he had traded the 200 cc bike and purchased a 500 cc model.  On this size machine, Joe competed in and won many races.

After graduating from high school and spending time in the Army, Joe returned to motorcycles and racing.  He opened a one-man dirt bike shop and sold Hodaka, Montessa and Puch motorcycles.

With his hard work and skill, Joe qualified for and was named to the US 1972 ISDE team for the event to be held in Czechoslovakia.  Although the US team did not win, they were awarded the Watling Trophy for the team showing the greatest improvement in world competition.  He again competed on the US team at the ISDE held in Italy in 1974. 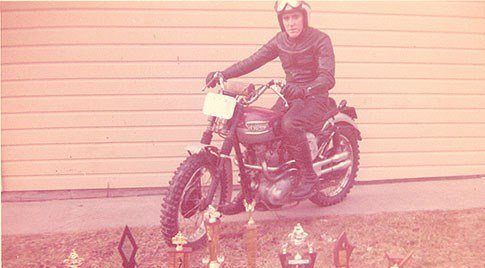 Joe with some of his trophies. Photo credit: Joe Carson Motor Sales

During the same year (1974), Joe purchased a local Honda dealership.  Later he added the Harley-Davidson line to his shop and remained at that site for 30 years.

Fast forward about 50 years and Joe is still selling and servicing motorcycles.  The business has slowed somewhat and the dealership is not as large as it had been previously.  Once it had had 15 employees but is now down to 8.

Joe chalks the “downturn” up to things like people’s dwindling thirst for adventure or being enchanted by virtual reality entertainment.  He also thinks that parents have become very protective of their children and won’t let them ride motorcycles or bicycles for that matter. 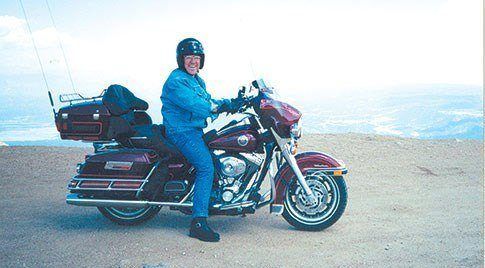 Carson on a Harley doing what he enjoys most. Photo credit: Joe Carson Motor Sales

But he still loves motorcycles and plans on selling them for a long time.  He says he doesn’t plan to retire anytime soon.

“If they firgure out a way to clone my body, I’ll be here another 50 years.  There’s one secret, and it’s not a secret.  Find something you love to do and stay with it.”

Well said, Joe!  I and many others are glad you found something you loved and are staying with it.