It only in September this year that KTM bought a controlling interest in Spanish moto manufacturer GasGas.  The acquisition left some people scratching their heads as to why KTM would want the “struggling” brand.

Now, it seems that one of the reasons for KTM’s joint venture/purchase deal is to bring GasGas back to racing in a big way.   GasGas announced yesterday that it is radically expanding its FIM World Championship competition participation in 2020.  The Spanish manufacturer best known for its trial bikes will now take part in MXGP and expand its presence in Rally, Enduro, and Extreme Enduro.

GasGas has partnered with Standing Construct, who will field the GasGas team in MXGP as Standing Construct GasGas Factory Racing.   This team marks GasGas’s first foray into MXGP. Riders Glenn Coldenhoff and Ivo Monticelli will be at the bars of GasGas’s MXGP machinery. 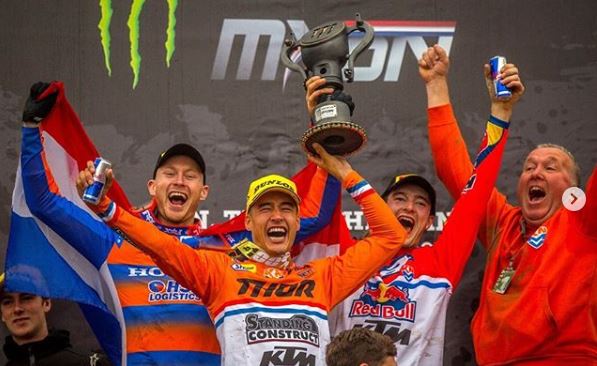 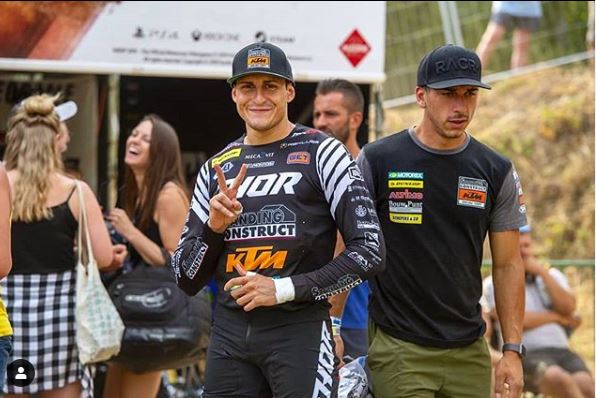 GasGas’s rally program will also be expanded.  GasGas has hired Laia Sanz to be at the helm of GasGas’s Dakar effort.  Sanz is a serial FIM Woman’s Trial World Champion as well as an enduro and rally record-breaker.   She is the highest ever woman finisher and finished 9th overall in 2015.

Laia Sanz at the finish of the Dakar. Photo credit: LaiaSanz.com 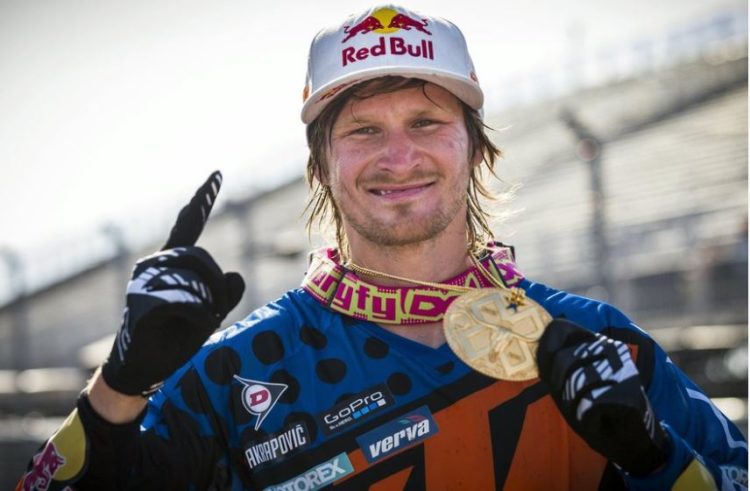 Sanz is excited to be with GasGas and part of their future.

“When the announcement was made about GasGas’ future, things happened very fast and so we had the challenge to prepare very quickly for Dakar 2020. We are in a positive way; the bike looks great and we are in full preparation for the race in January. The other interesting thing with GasGas is the opportunities it might present me for the future – GasGas is known as a trials bike brand and this is also close to my heart and roots. The page turns for the brand from now, and my goal is to do the best job possible whilst bringing my passion and expertise to the company as we start on a new journey together.”

Blazusiak also chimed in about being a part of the GasGas brand.

I’m stoked to be part of this new adventure. I’d been with KTM forever and they are well known for their work and their competitiveness, so this is a fresh direction for me and it’s a privilege to be the first rider of the new GasGas era. I cannot wait to start working and racing with the new GasGas factory team.”

So it seems that KTM’s “Ready to Race” philosophy has trickled down to GasGas.  It will be interesting to see what the future holds for a manufacturer best known for its trial in a mix of FIM disciplines.