Bajaj has been experiencing tough times recently.  Overall sales are down reflecting the downward trend that the Indian two-wheeler industry is seeing.  India’s domestic market is experiencing one of its worst slowdowns in recent years.  India saw its market shrink by 16% by the end of January 2020.  Many Indian manufacturers are struggling.

Bajaj sales – Not all bad news

But it’s not all bad news for Bajaj.  To offset its losses domestically, Bajaj is concentrating on its export market.  And, Bajaj’s strategy seems to be working.  Domestically, Bajaj’s sales fell 14% with “only” 1.83 million units sold during April 2019 to January 2020.  But much of that loss is offset by Bajaj’s export sales.

The Indian moto manufacturer’s export business is booming.  Its export sales grew by 10% with 1.59 million units sold during the same timeframe.  As a result, Bajaj saw its sales fall only about 4% which is far less than many other Indian tw0-wheeler manufacturers.

With the increase in its export sales, Bajaj’s export share has blossomed to 47% of its overall sales.  In addition, the company now holds a 53% share of India’s powered two-wheeler export market. 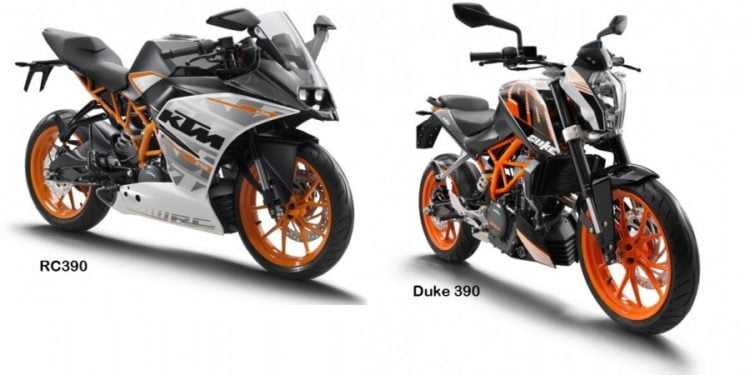 The Bajaj-KTM partnership has likely helped the company offset some of the pain in the domestic Indian powered two-wheeler market. Photo credit: Bikeadvice

Speaking about his company’s export sales, Bajaj Chief Commercial Officer and Executive Director had this to say:

“Outlook for exports remains steady at least going into the next couple of quarters or three quarters. The last 2-3 quarters have been quite rock steady. And we expect the same thing going forward.

The real driver for growth is Africa, particularly Nigeria and East Africa. These regions are powering the growth of Africa and actually for the entire international business.

Nepal, Sri Lanka and Nigeria have been strong export markets for Bajaj but now newer pockets are gaining significance.  Philippines is really a bright star and has been doing exceedingly well.  We’ve got a great position over there.”

So while India’s domestic market is slumping, it seems that Bajaj is doing its best to offset its problems at home.  While decreasing sales are not a good thing, Bajaj is taking steps to mitigate those losses.  When the economy improves in India and domestic sales rebound, Bajaj should be well-positioned to grow its sales.