If you’ve been following our coverage of the AIMExpo in Las Vegas, you may have noticed one particular trend emerging: all-electric machines.

I’ve already written about the UMCO dirt get about, the Bintelli Fusion bike/scooter hybrid and the entry-level Staycyc Stability Cycle for kids.

Well, I found another one. Designed in Los Angeles but made in China, Greenger is making their debut this year with two all-electric machines; a pure dirt bike, and a Honda Monkey-like mini bike that’s ideal either for kids or pit row.

The G400-R is the only electric bike with a five-gear manual transmission, they say, and it cost a quarter-of-a-million dollars — and five years — to design. It has a large battery that can cover a claimed 60 miles. There are two recharge options; a fast charge will take 3.5 hours, while plugging into your wall socket will put you on ice for 4.5 hours. 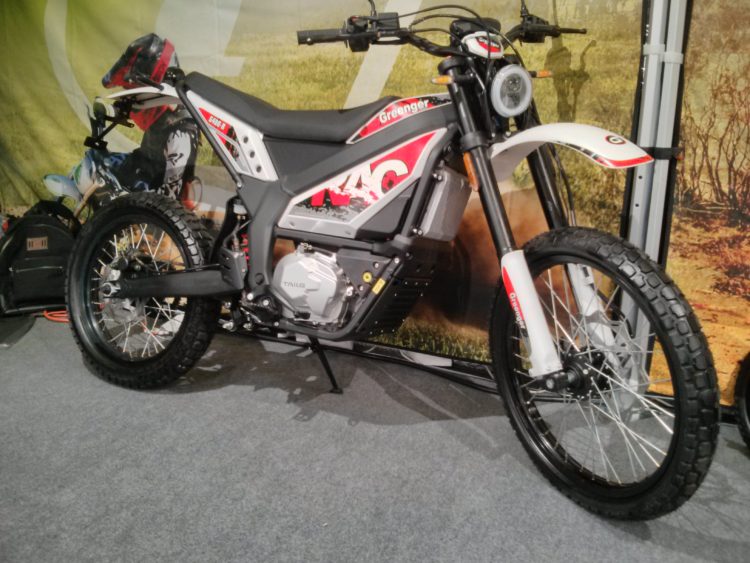 The G400-R weighs 282 lbs (128 kgs) and they’re calling it a dual sport, but it’s not street legal right now. They hope to have it certified by 2019. This thing is so new that the guys manning the booth at AIMExpo were short on specs. They didn’t know the seat height, for example, and had to be told that it sure looks like it has a chain drive.

They did have a price, though. $8000 when it finally hits their (so far) five dealerships. Those are located in Reno, NV; Simi Valley (adjacent to Los Angeles;) Montclair in San Bernadino County; San Diego; and Fanwood, New Jersey (which looks to be about 20 miles southwest of New York City.) 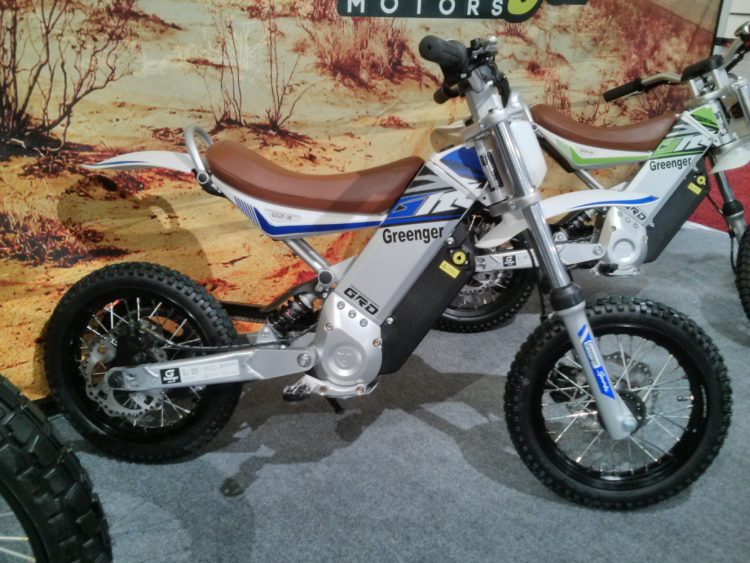 The other Greenger product is the G12-S. It’s aimed at kids, but can also be used by adults in pit row at the track, for example.

They say the motor is the equivalent to a 50 cc engine in a gas bike. The battery, controller and (aluminum) frame are a single unit. It has two riding modes, which are basically software speed governors. One limits top speed to 15 mph (24 kph,) and the other, which they call Turbo, raises it to 28 mph (45 kph.) It comes with either a dirt set-up and tires, or a street set-up.

The Greenger G12-S will cost $1,950 when it reaches the market, which they hope will be next year.