While the public waits for its new adventure bike, streetfighter and electric motorcycles, Harley-Davidson has announced two special-edition re-releases of existing models.

First up, the 30th Anniversary Edition of the Fat Boy. This boulevard cruiser has been around for three decades now, and the commemorative model is a big turn in direction from the original. Well, sort of. While the original Fat Boy was a flashy machine, the 30th Anniversary version is all about a blacked-out paint job; the engine, much of the trim, and the exhaust has been given a generous coating of black paint.

The 30th Anniversary bike has the Milwaukee Eight 114 engine, and uses the Softail chassis. It’s going to be produced in a 2,500-bike limited series, and carries an MSRP of $21,949 in the US. 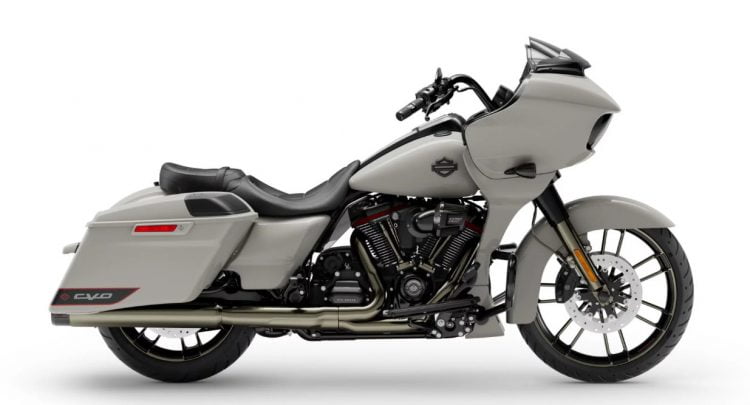 The new CVO Road Glide is ridiculously loud, even before you hack up the exhaust. Photo: Harley-Davidson

The CVO Road Glide is going to be updated for 2020, with more onboard luxury. Straight from Harley-Davidson’s Custom Vehicle Operations department, it’s now got Harley-Davidson’s Connect system, which ties your smartphone to the bike through the Harley-Davidson app, allowing you virtually keep an eye on it while it’s parked. It’s also got Harley-Davidson’s Reflex rider safety package, including leaning ABS, traction control, and other electronic safety features. It comes with a Boom! Audio 30K Bluetooth headset, which allows the rider to connect to their Boom! infotainment system via audio, and also connect to other riders through a mesh intercom network.

As for the infotainment itself, here’s what Harley-Davidson had to say:

Will your neighbours or fellow stuck-in-traffic commuters be happy with all that stereo power? Probably not, especially if you install loud pipes under the pretext of saving lives.

The CVO Road Glide comes with a Sand Dune paint scheme and Kahuna trim. Pricing starts at $40,999 US.