Harley-Davidson’s Pan America adventure bike has garnered a significant amount of attention lately.  It seems that the bike’s design and size are somewhat polarizing.  Some people really like it while others express their highest disdain.  Wherever you stand in the debate, the machine has created a lot of conversation.  And, that’s a good thing for Harley-Davidson. 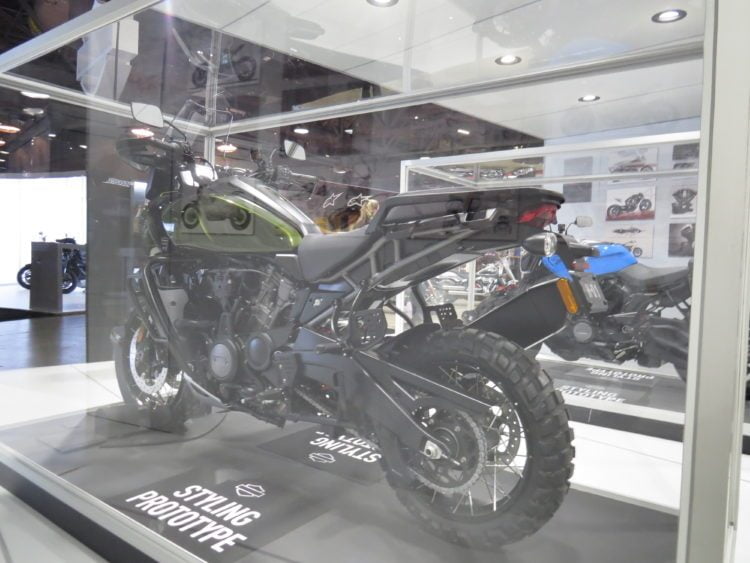 Harley-Davidson’s Pan America… In a box.

But you have to wonder what the MoCo is thinking when they bring their new machine to several motorcycle shows and encase it in a large glass box.  A box that keeps people far enough away to keep them from inspecting the bike carefully, touching it, and taking clear pictures.  Hmm…

Pan America – Out and about

We all know that this is a new and potentially groundbreaking machine for Harley.  And, they may want to keep the buzz going by hiding some details.  But Harley has chosen to show off the bike in several places around the world already.  Yet they still seem to think that the machine has to be kept in a glass box and the public held at a distance.  Why?

If they were going the route that Aprilia took at this year’s EICMA covering up the bike almost in its entirety, you could understand.  The Italian company is still very far from having a ready to go machine, and they just wanted to create some buzz.

But Harley has already rolled out the Pan America at several shows, released video of the bike in “action,” and played up their partnerships with vendors like Brembo and Michelin.  Why then, do they continue to “hide” the machine in a glass box?

Because it’s a prototype?

Yes, the bike is still in its prototype form, and it’s not the final product.  We all know that.  Harley has made that very clear.  So it’s a prototype.  We get it.  So why can’t we get close to it?  What are you afraid of?  Are you hiding something?

Other manufacturers have shown prototypes in past shows and shows this year as well.  Both the Husky Norden 901 and the Ducati Desert X are prototypes, and both were shown at EICMA.  But neither of them chose to enclose their prototype machines in a glass box.

We’re not the only ones that have noticed Harley’s standoffishness.  RideApart also noticed and wrote a weekend WTF article.  They, too, are wondering. 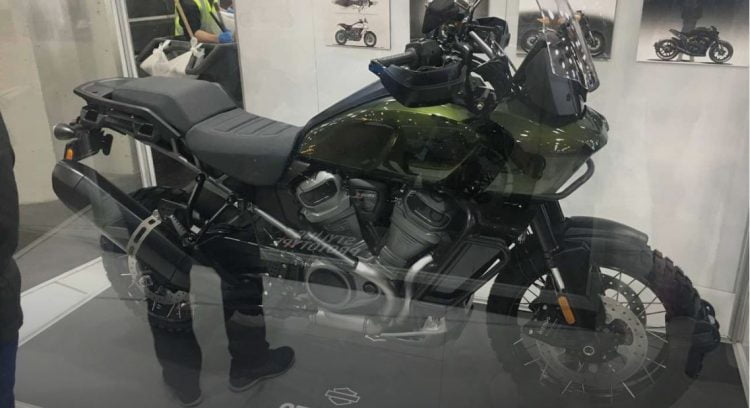 RideApart took this photo and wondered why the Pan America is being kept under glass. Photo credit: RideApart

Harley-Davidson, if you are listening, please, please take the bike out of the box. We want to see what’s in store for us; close up.  We’re interested one way or the other.  All you are doing is making people doubt that your new machine is viable.

If you don’t, we have to ask why Harley continues to keep people away.  You’ve been accused in the past of doing things your way at the expense of gaining new customers.  Many of us remember the way Buell was treated.  Is this another case of you not listening to potential customers?

In the interim, Harley shows no sign of letting the Pan America out of the box.  What do you think of their decision?  Let us know in the comments below.