Harley-Davidson (Harley) is joining some of the other “big” motorcycle manufacturers with its technology.  Harley has filed a patent application for an adaptive cruise control system for its motorcycles.

And, Harley’s solution appears to be different than the other manufacturers who have shown adaptive cruise control systems.  Harley’s patent application says that it will also evaluate the motorcycle’s positioning in detecting and targeting other vehicles and motorcycles that are not directly in front of it.

The system will review factors in a number of areas.  Included in the system’s review are items such as:

But it’s the system’s claimed capability with regard to operating a motorcycle that’s really interesting.  Harley’s system takes motorcycle positioning into consideration in determining which other vehicle is closest to the motorcycle.

“However, as a motorcycle is generally narrower than an automobile, a motorcycle may not be centered in a lane of travel, which may impact what vehicle is considered the preceding vehicle. Similarly, when motorcycles ride in a staggered formation, an automotive ACC system may not properly set the target vehicle. For example, in a staggered or off-center formation, an automotive adaptive cruise control (ACC) system may set the target vehicle to a directly preceding vehicle, which may not be nearest vehicle to the motorcycle.

Also, in a staggered or off-center formation, an automotive ACC system may not be able to determine whether a vehicle detected in front of a motorcycle is in the same lane or an adjacent lane of travel, which impacts whether the detected vehicle should be set as the target vehicle. For these and other reasons, automotive ACC systems are ill-equipped to handle driving distinctions between automobiles and motorcycles. 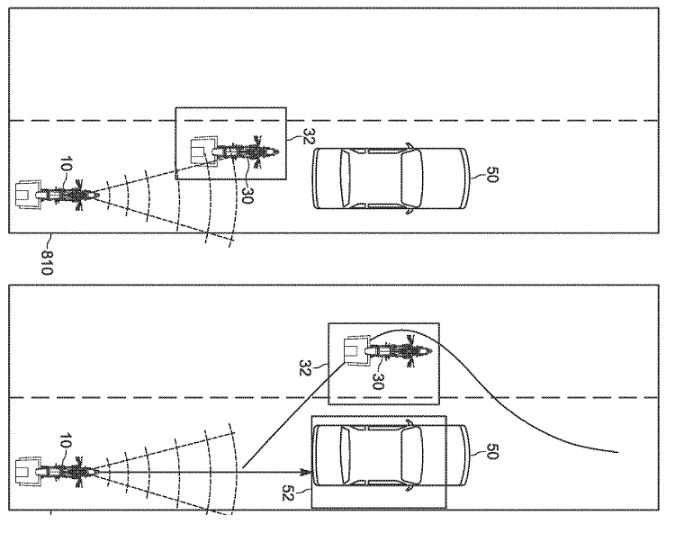 Harley’s proposed system takes the position of the motorcycle, other motorcycles and, other vehicles into consideration.

The first of its kind?

Harley’s system may be the first of its kind by considering motorcycle positioning and operation in traffic.  Although BMW and KTM have shown off ACC systems, nowhere have they indicated that the system considers how motorcycles operate in traffic environments.  If they do have this capability, it’s a shame that they haven’t made it more well known.  In any event, it’s nice to see Harley taking the apparent lead in high tech solutions. 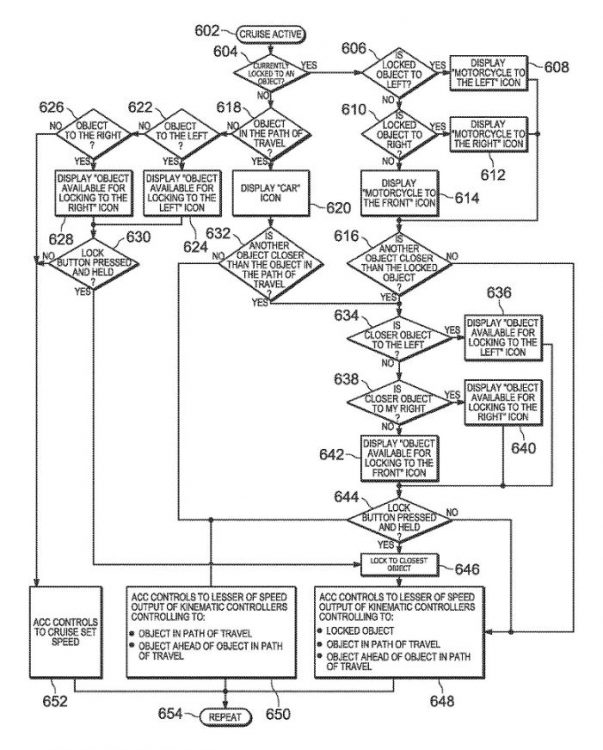 Now Harley hasn’t even shown a prototype to the public so they could actually be far behind the other manufacturers.  But at least their patent application shows they are thinking about how adaptive cruise control needs to work for motorcycles.  The rider is still the best cruise control, but this aid could make the occasional super slab ride more convenient.