It’s no secret that Harley-Davidson (Harley) has targeted India as one of its major growth markets.  With motorcycle sales in India skyrocketing, Harley sees opportunity.  In fiscal 2018, 12.6 million motorcycles were sold in India.  Most of those sales were for small bikes, but in the mid-size market 883,000 bikes were sold.  That figure is a 25% increase over 2017.

But will they be able to compete, and more importantly grow in this new to them market?  To compete in India, Harley will be introducing its new “smaller” motorcycles in an already crowded motorcycle marketplace.

It will likely roll out its new planned middleweight 500 cc bike in India, not North America.  The new machines will be built in an existing Indian plant potentially using some components made in the US.  Harley said it might also partner with an Asian manufacturer to bring some of its new “smaller” bikes to market.

Building smaller bikes in India with Indian labor sounds good, but will Harley able to achieve significant market share?  Presently, Royal Enfield has a stranglehold on India’s “midsized” motorcycle market.  They have a staggering 90% market share.  With sales of 820,000 bikes Royal Enfield pummels Harley’s world-wide sales.  Just in India, Royal Enfield sold in one year what it took Harley 3 years to sell world-wide.

As if that weren’t enough, some additional competition has just entered the arena.  Indian world-wide manufacturing conglomerate Mahindra & Mahindra has resurrected the Czechoslovakian Jawa motorcycle brand. 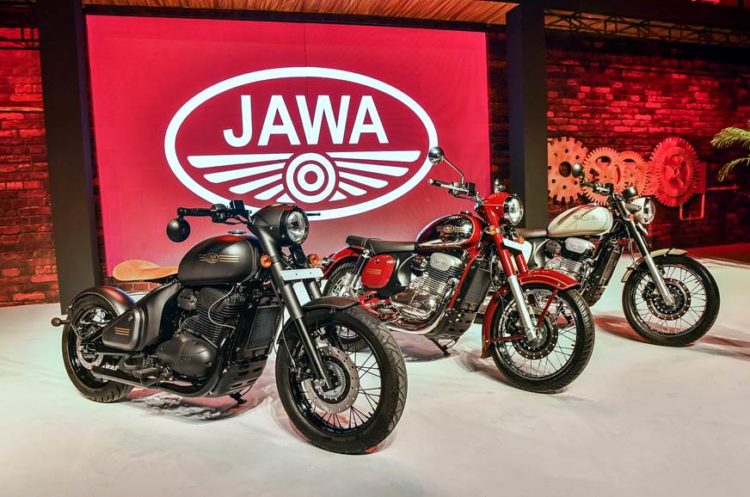 The Perak shown beside the Jawa and Jawa 42.

In 2019, Mahindra will bring three new Jawa models to production.  Using Mahindra’s Classic Legends subsidiary, the new machines are the 300 cc Jawa and Jawa 42, along with the 334 cc Perak.

While Royal Enfield may have reached its sales zenith due to brand fatigue, Harley won’t be the only brand to fill in the potential sales gap.  Jawa will have had at least a one year head start on Harley building bikes that have a long history with Indian riders.  This history is similar to the warm feelings riders have had for US built Indian (brand name) motorcycles since Polaris rejuvenated the brand and gained US market share.

Other competition will come from Indian manufacturer Bajaj.  Bajaj is known for its small bikes, but will be introducing new 350 cc motorcycles as well.

While Harley has big plans for India, it faces gusty and changing headwinds from a wide variety of competitors.