Harley-Davidson (Harley) has gone on record to say that they are working towards removing “barriers” to learning to ride a motorcycle.  In what may be a means to help the company survive as much as a public service, Harley is offering its Harley-Davidson Riding Academy New Rider course at 50% off for a limited time.

For what they call a “limited time” and for the first 10,000 customers, Harley will take 50% off its new rider course.  How much the course will cost you depends on your location.  Costs vary widely as the courses are not offered by Harley itself but individual entities that Harley has approved to carry out the course. 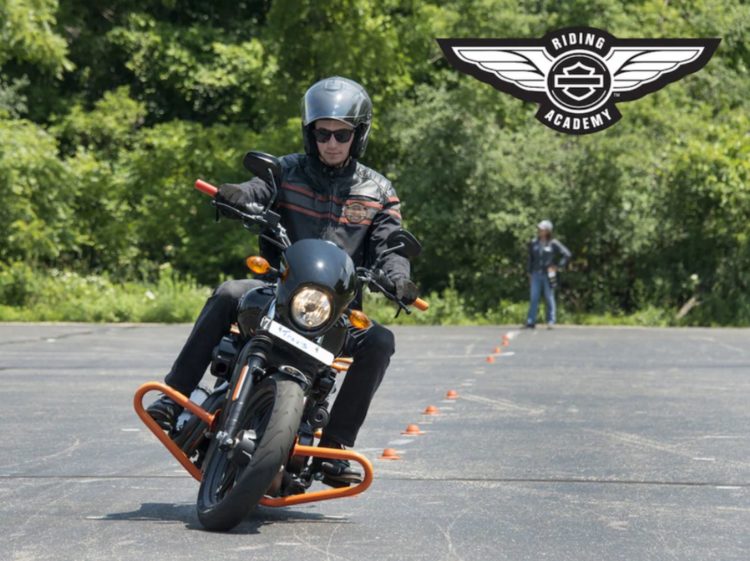 Harley is offering 50% off its Learn To Ride program.

In Vermont, USA (eastern US), a local Harley dealer prices the course at $365.  But in Missouri, USA, (central US) the course is listed for as low as $275.  Finally, in California, USA (western US) it’s as low as $258.  So as you can see, the final price is widely variable.  But with 50% off, the courses seem very reasonably priced since many individual state-sponsored courses cost as much if not more than Harley’s pricing.

You might even say that the course is a pretty good deal.  If you consider the fact that you are getting two and a half days training as well as the use of a motorcycle, it sounds like a pretty good deal.  In addition, some states provide a waiver to the program’s graduates so they can skip the road test portion of the state motorcycle licensing process.

So this appears to be one case of Harley sticking to its promise to try to remove “barriers” to riding.  You can find and register for a class near you by going to Harley’s “Learn To Ride” website.  To get the 50% off, use the code RIDE50.