For the first time ever, in 2018 MotoGP, Moto2 and Moto3 made airbag suits mandatory.

For a lot of top riders, it was an unnecessary rule. They’ve been wearing them for years. Mark Marquez was wearing one during a vicious crash at Mugello in 2013 and his airbag suit is credited with protecting him from serious injury.

Racing technology has made its way into street use, albeit at a price. A top-level vest or suit, one that inflates automatically within 25 milliseconds of detecting a problem, will cost you north of $1,000. Sometimes way, way north. Those are pretty sophisticated items, equipped with software that can be updated.

Tethered vests can be had for considerably less, but they’re still $400 to $600 or so pop. 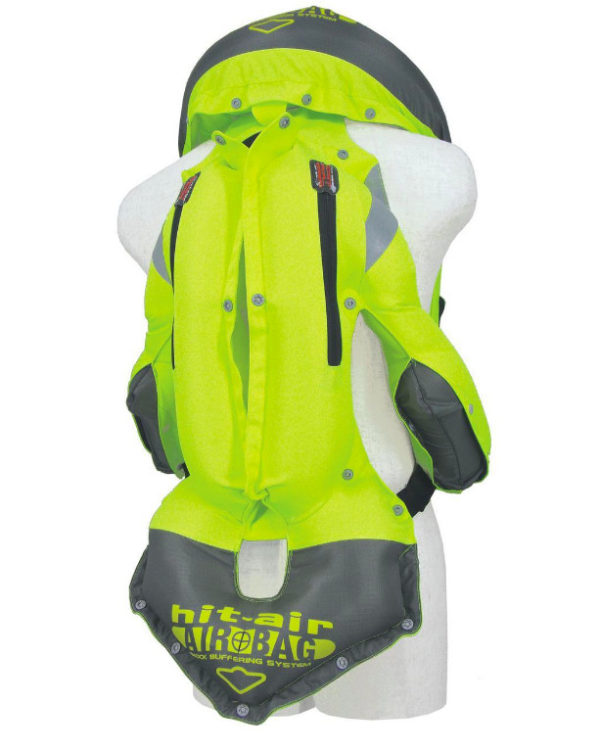 Do they work? There are some obvious reasons why a definitive study is hard to do. Nobody’s going to risk life and limb on a continuous basis to test the gear. And any valid experiment would need a control group to go through the same wreck without the airbag vest. That’s not only unethical and immoral, it’s also insane.

But there is some data out there. We found a reference to a UK study using an airbag on a Norton Commando. In a crash at street speeds, the bike-mounted airbags slowed the head of the crash test dummy by 64%, and its chest velocity by 75%.

For anecdotal evidence, here’s a video cued-up to a crash after contact at Sonoma Raceway. You can see the Hit-Air Racer vest inflate as the rider goes down.

So there’s some evidence that airbag vests makes a difference, but logic often takes a backseat in transportation safety arguments.

Seat belts in cars weren’t exactly a hit at first. Even now, not a day goes by when someone isn’t ejected from their vehicle because they didn’t buckle up. Only 19 states and Washington DC have a universal helmet law. Put on a HiViz jacket or suit (full disclosure, I wear one) and prepare yourself for some ribbing.

Which finally brings us to the question at the top of this piece.

Have you considered buying an airbag vest? Is the technology mature enough for you? Does it matter that MotoGP is embracing the technology? If not, is it something you have a strong opinion about? I’m curious to find out how our community here feels about them.