Unzud sure can look like Paradise. But can you afford it? As Obama might have said – yes you can!

If they didn’t have a chip on their shoulder about Australia, Kiwis would be just about perfect, like their countryside and their Prime Minister. As it stands, t-shirts for kids with slogans like “My Dad says I can do anything except play rugby for Australia” and for adults with “I don’t care who wins as long as Australia loses” can seem to take the gloss off a bit. At least if you’re Australian, like me. And they do mean it. I once had the temerity to suggest that it was raining in Rotorua (it was) only to be told that this was because “Australia is hanging onto the High!”

But most of the readers of this website are American, so this won’t bother you. Just don’t be tempted to stir the pot by making comments like, “Is it true that New Zealand is the only Third World country where you can drink the tap water?” But if you’re thinking of crashing, do it in Unzud. Their health services are not only superb but free, and they have no fault insurance.

So, Aoteaora – land of contrasts, eh? “Eh” is a vital part of Unzud communications, being added to every sentence as a kind of coda. It’s true, eh. If it was all perfect, it might become boring. But New Zealand never does that. Eh. 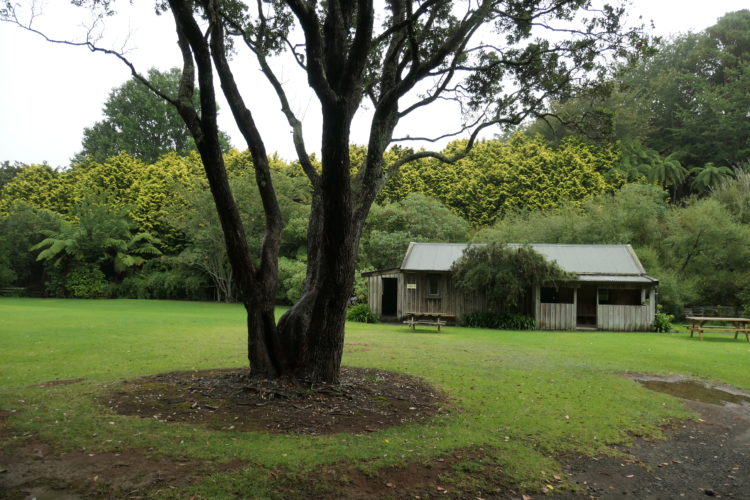 The Egmont Eco Lodge in New Plymouth looks fine, but it’s a bit of a walk to the showers and the toilet.

Getting there is no problem. Air New Zealand is one of the world’s best airlines; there are also cheaper choices between the West Coast of the USA and New Zealand. And you’re in luck weather-wise; February is the best month to spend motorcycling in Unzud; it’s also the cheapest month to fly there from the US. Think somewhere around US$800 return.

The interwebs are your friend here. Rental is affordable at a little over US$750 for a week on something like a BMW F 750 GS, all inclusive. Take a Suzuki DL650 V-Strom, as I’d be inclined to do, and save on that. Petrol costs on average US$1.50 a litre. Not cheap, that, admittedly. 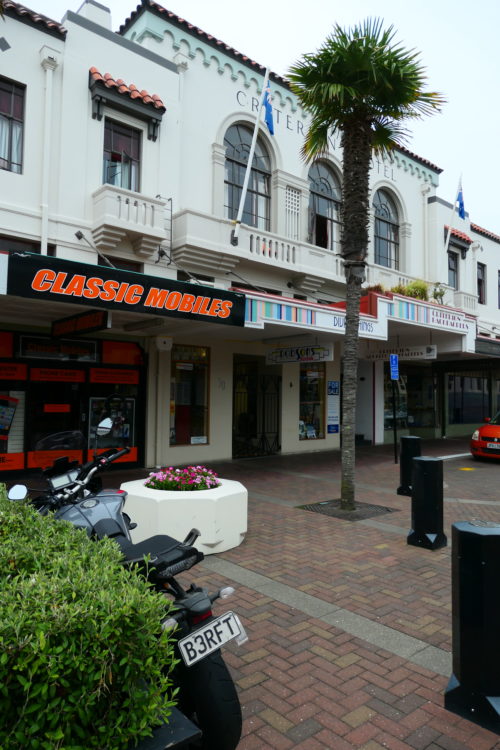 Napier’s hostel is right in the pretty Art Deco area, but sadly bikes sleep outside.

What else do you need? Food is reasonably priced, as is booze. New Zealand has a lively craft beer scene, and its wines are world-renowned. Which takes us to the main point of this little story, accommodation. Only the biggest towns in New Zealand have international chain hotels, which is just as well because there are cheaper and indeed more pleasant alternatives. Motels usually have not only beds and bathrooms but also kitchens, which can cut the cost of living in the Land of the Long White Cloud (or Wrong White Crowd, depending on whom you ask) considerably. Motels can be a bit ragged around the edges but they are clean and welcoming.

There’s an alternative worth exploring. 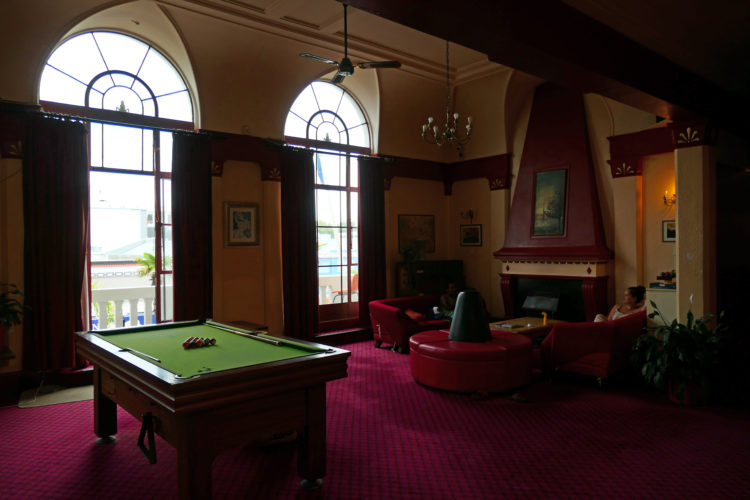 Whether you’d like a game of pool or a quiet corner to read, Napier’s hostel will oblige.

I’ve just spent a week riding some of the bits of the North island that I had not previously visited, and I stayed in hostels. A private room, admittedly with shared bathroom, will cost about half of what you’d spend on a motel room – call it US$50. Sleep in a dormitory and the cost comes down very significantly. Hostels have kitchens available to residents and many have other services such as bookings for canoeing, bushwalking, bungee jumping and even helicopter flights.

One drawback is the lack of secure motorcycle parking at some hostels. Of the four I sampled, one had no security at all; I had to park out on the footpath. The other three all offered some kind of off-street parking, although only one had a lock-up space for my bike. I’m assured by Kiwi friends that there is little motorcycle theft in their country, but I’d suggest you carry a good chain and lock, just in case. 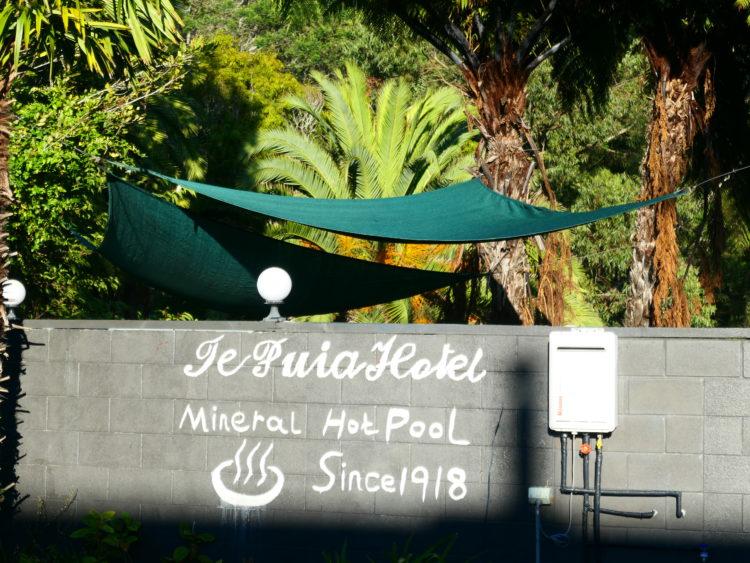 There is nothing quite like soaking in a mineral hot pool after a day on the bike – or any other time.

Of the four hostels, my favourite was the Te Puia Springs Hotel at, predictably enough, Te Puia. It’s an old hotel brought up to date a bit with – and this is where it wins out over the next contender – a mineral hot pool which is free for residents.

No complaints at all about City Garden Lodge where I stayed in Auckland. A pleasant room with a view over the harbour, a chance to sit outside and chat with other hostellers and Parnell Road with its cafés and restaurants just up the road. The bike found a home in the forecourt, not locked but well off the road and out of sight.

I enjoyed the Criterion Art Deco Backpackers in Napier with its almost decadent lounge and wonderful location right in the middle of the old city. Unfortunately this was where the Yamaha Tracer had to live out on the footpath, and there was some kid of compressor outside my window which switched on and off erratically during the night.

My least favourite was Egmont Eco Lodge in New Plymouth. Top marks for the young lady in reception, who had an enormous amount of patience for a Russian couple with very little English and equally little idea of how a hostel works. She did a great job, but my ‘private room’ turned out to be a concrete cell requiring a walk outside to get to the showers and the toilet. Good showers, though.