Before anyone even knows the technical details of the Harley-Davidson Panamerica, enthusiastic criticism has flooded the interwebs. This has focused on the way the bike looks, which is not unreasonable because that’s just about all we know about it.

The Panamerica looks nothing like any Harley I’ve ever seen, and I’ve owned a half dozen or more and seen just about every variation Milwaukee has come up with in the museum if not on the road. The problem mainly seems to be one that I didn’t think Harley-Davidson would ever fall prey to. The bike doesn’t look like a Harley. For a company which has made its fortune by judicious self-referencing over the past century, this is inexplicable. 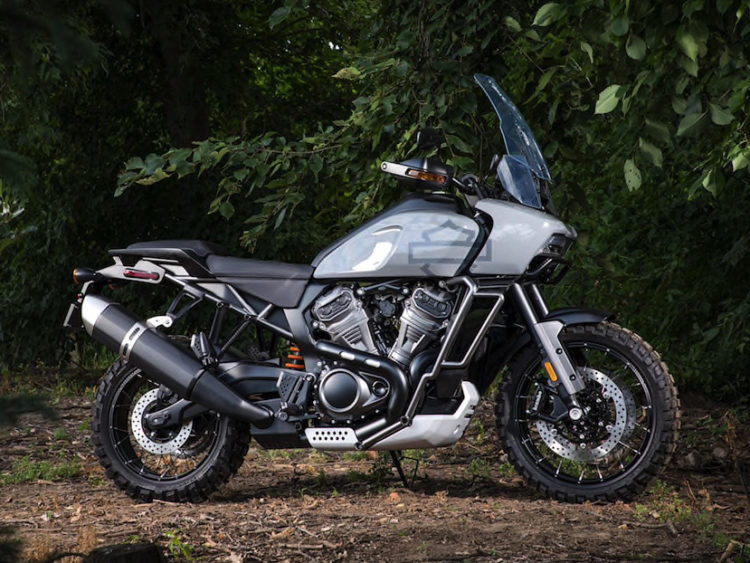 People buy Harleys because they are Harleys; they buy more than a motorcycle because they buy history. While the company points out that it needs to attract new buyers, I’m not sure that the best way to do that is to simply ignore the marque’s history. The Motor Company trades on its name, as do all established brands. That name is linked to certain visual and auditory cues, and this bike has just one of them apart from the name: the engine. I don’t think that’s enough.

The thing is, Harley-Davidson did not have to go out on quite so long a limb because it has built a dirt bike before (ignoring those Canadian things it made for a while). This was one of the most famous motorcycles ever. It was even known as The Bike That Won the War, and I’m talking about WW2, The Big One. It was, of course, the WLA.

The first WLA prototype went from Harley-Davidson to the US Army for testing in 1939, and limited numbers were built in 1940. It was based on the then current WL model, a 45 cu in (738 cc) flat-head. The suffix “A” means Army. The “W” series had been developed from the “R” series, produced between 1932 and 1936, and “L” signifies high-compression. High compression? Well, it was, then: five to one, a little low by today’s standards. 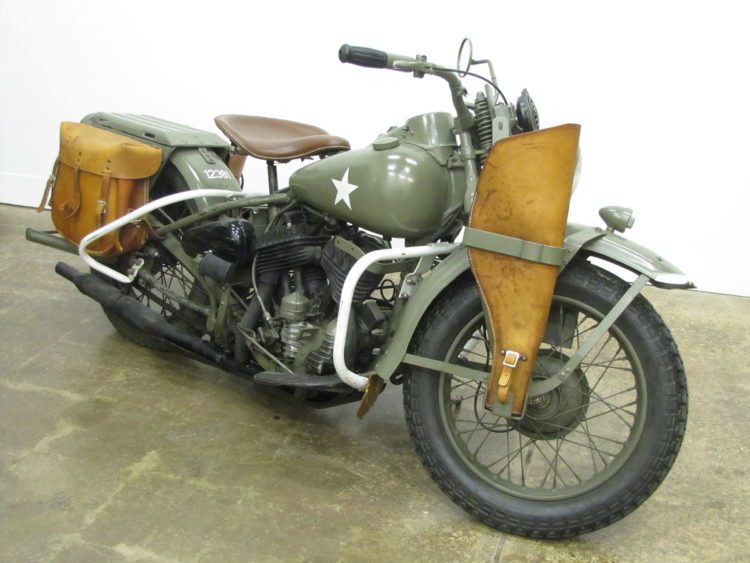 The submachine gun scabbard was actually an unusual fitting on the WLA.

Production speeded up considerably once America had entered World War II in 1941, and more than 88,000 WLAs were built. In parallel, Harley produced the WLC for Canadian forces to a slightly different specification; Australia got the standard WLA. Production re-started for the Korean War in 1949, to finish again in 1952. Most WLAs produced after Pearl Harbor had the production number 1942, no matter what their actual year of production. Australian forces used WLAs in Vietnam because the BSA B40s that had officially replaced them proved to be too flimsy – I am told that the brazing at the steering head frequently failed and the single downtube would break away.

The flat-head v-twin was outstandingly reliable, and reports mention that it could easily run on 74-octane fuel. We occasionally ran them on kerosene during the regular Christmas fuel strikes; you just had to prime them with petrol. Since a compression ratio anywhere below 6.5:1 will allow you to run kero in an internal combustion engine, the WLA’s 5:1 was more than adequate. 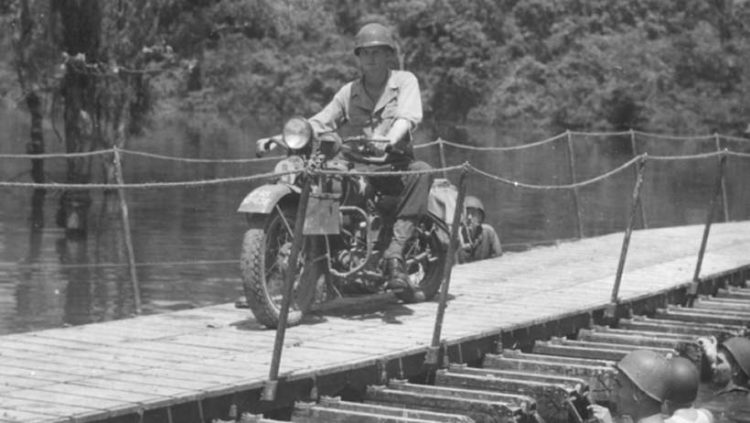 The Bike That Won the War, busy winning the war.

The impressive-looking but only marginally effective “Springer” fork, rigid rear and sprung saddle – either a solo “tractor” or dual “buddy” seat – combined to make the bike remarkably capable on dirt where it simply bulled its way through. The one thing it could not cope with very well was a high-speed pothole. This would fire the rider up into the air when the spring under the seat compressed and then extended. After I hit a particularly deep one on Pyrmont Bridge Road in Sydney on one of my WLAs, a laughing mate who’d been riding behind me told me that “your arse was higher than your head!”

What that all comes to is that the WLA was a genuine adventure bike. After all, what could be more adventurous than wartime service?

I am not suggesting that Milwaukee should be building a replica of the WLA. But why not take design cues from it? That would provide continuity of appearance, and also be a constant reminder of H-D’s contribution to the war effort, not to mention the subsequent customizing revolution in California.

My thanks to the National Motorcycle Museum in Anamosa, Iowa for background information and photos.