At least two outlets are saying that a new, smaller Honda Monkey is in the works.  Both outlets point to a patent application that shows a smaller “mini-monkey,” which is even smaller than the current 125cc Honda Monkey.

The patent application shows a monkey-like bike with a tiny fuel tank attached to the bikes top tube.  The machine’s handlebar seems to come closer to the rider, and its wheelbase seems shorter as well. 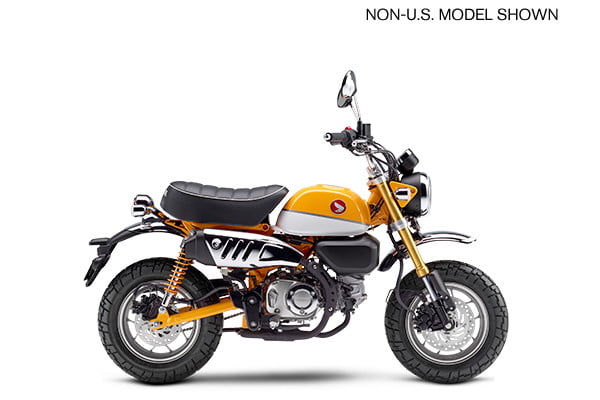 Honda has used a scooter engine in the past to develop a mini-bike.  Autocar India points to Honda’s Navi, which is based on the Honda Activa as an example.

So if the new “mini-monkey” does make it to production, it would slot in below the current Monkey 125, which itself is a revival of Honda’s previous Z-50.  The Z-50 came to the US market in 1968 with a 49cc engine.

There’s no guarantee that the new mini-money will be produced.  Remember, these outlets have only seen a patent application.  But, if Honda were to bring a bike like this to the US, would you be interested in one?  What would you be willing to pay?  Let us know in the comments below.