Make no mistake; this bike is a monster of massive proportions.  Sporting an RC213V-spec bore and stroke (81mm x 48.5mm), the 999cc inline-four engine is rumored to produce about 215 horsepower.  Unfortunately, Honda has yet to release the horsepower and torque figures for the USA model.  But the manufacturer said that the European version of the machine would produce 214 hp. 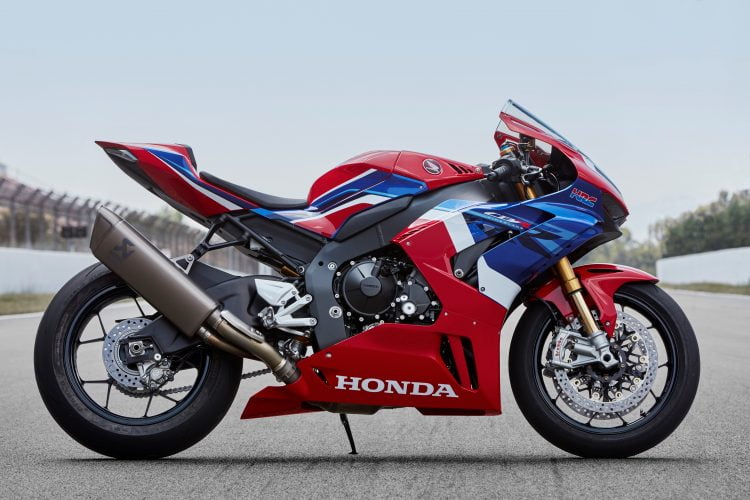 Suspension components are top-notch as well.  Up front is an Öhlins second-generation NPX Smart-EC front fork, which electronically controls compression, rebound, and preload.  At the rear, an Öhlins single shock on a Pro-Link system is also electronically adjustable. 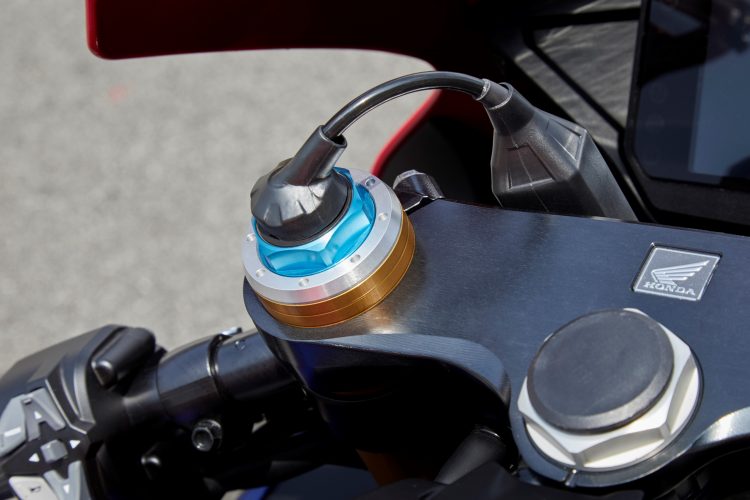 Suspension settings are electronically adjustable at both the front and rear of the bike. 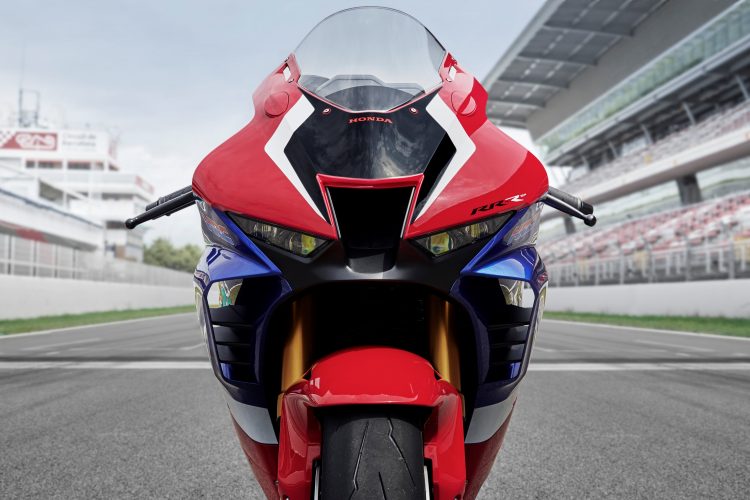 A rather menacing look at the cowl. Note the winglets below the headlights.

A host of other technology resides in the new CBR1000RR-R SP.  Not only is the suspension electronically controllable, but you’ll also find other electronics throughout the bike.  The bike’s ABS has two modes; Sport and Track.  A two-mode ABS setup for sport and track. Sport provides on-road performance and minimizes rear wheel lift and chassis pitching.  The Track mode is suited to the higher speeds and demands of closed-circuit competition. 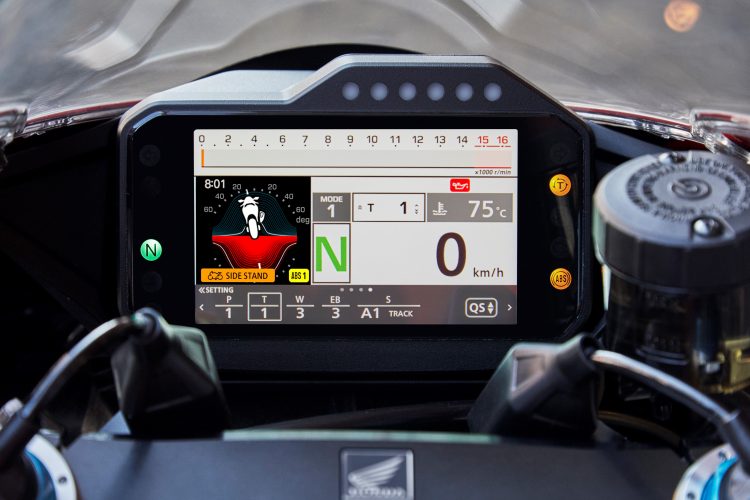 Electronics are accessed through the bike’s full-color TFT display.

A Bosch six-axis IMU continuously monitors lean and pitch angles to provide an appropriate response.  Wheel speed sensors work with the three wheelie-control settings to maximize drive.  A Start mode can be set to limit engine RPM to 6,000, 7,000, 8,000, or 9,000 rpm, letting the rider concentrate on clutch actuation while a quick shifter enables the rider to ignore the clutch after the start.  There are also three engine brake levels.

The new machine also has several aerodynamic improvements.  At the front of the fairing, winglet structures hold three internal ducted wings.  Honda says these wings increase downforce without affecting yaw and roll.  The lower fairing is also more slippery and also reduces lift and improves braking stability.  There are other aero improvements, but with all their aero “fixes,” Honda claims that the SP in race trim has a class-leading drag coefficient of 0.27 with a rider tucked in. 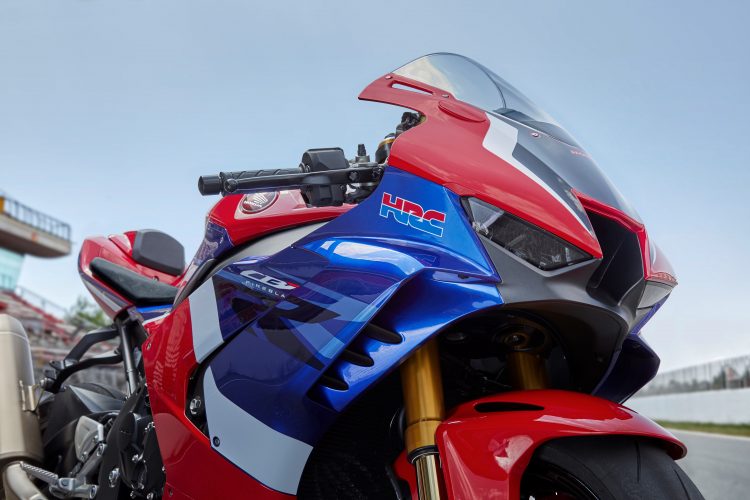 A closer look at the winglets on the side of the cowling.

With this much performance and so many capabilities, you may wonder what the bike weighs.  Well according to Honda, it weighs in at 443 pounds including all standard equipment, required fluids and a full tank of fuel.  Not too shabby.

Clearly, this is a monster machine.  But the last question is how much it will cost you to own one of these beasts.  To get one in your garage, you’ll have to fork over $28,000 or more.  Some reports have the bike priced at $28,000, while others set the figure at $28,500.  Whatever the final price, Honda’s newest “Special” sportbike won’t be cheap.  But neither is the competition’s highest spec models.  So is $28,000+ too much for a bike of this caliber in the USA?  Let us know in the comments below.