Honda has shown interest in supercharging motorcycles for several years now.  But the company never produced a supercharged motorcycle.  But that may change.

It took a few years, but the United States Patent Office recently issued patent number 10,526,982 B2 to Honda for their supercharger.  The patent shows the supercharger attached to the side of the engine of a naked bike with a trellis frame.  Think Japanese version of Ducati’s venerable Monster. 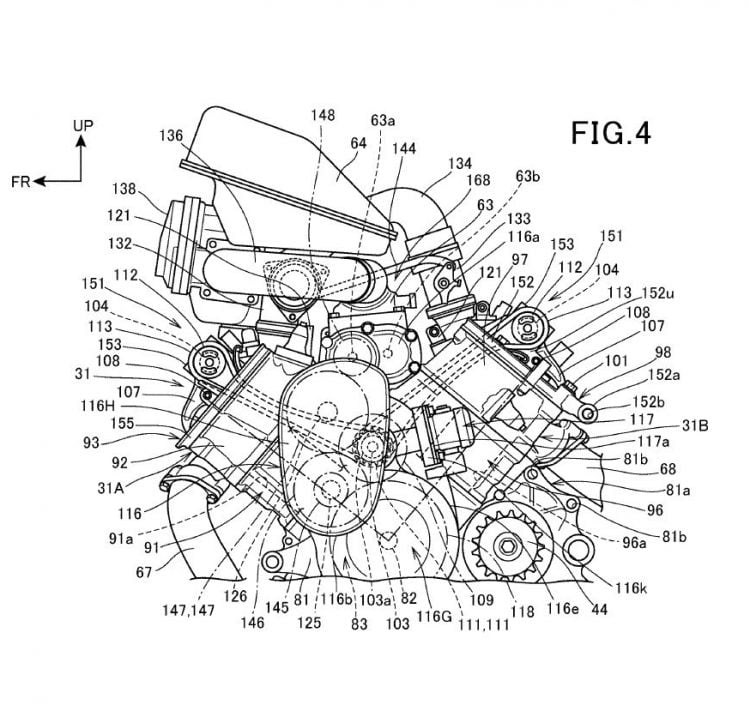 A closeup of Honda’s supercharging solution from its patent. Image credit: USPTO

The patent shows a supercharger mounted to a V-twin engine with direct fuel injection.  To quote the patent:

What’s very interesting is that the patent emphasizes ease of assembly and producibility.  Does the newly released patent indicate that big red is serious about production?

If they are, Honda will not be in a very crowded market space.  Only one other manufacturer, Kawasaki, presently has a supercharged model in its lineup.  It’s found in the brand’s Ninja H2 line and each Ninja H2 model variant is quite pricey.  The lowest price model is the Ninja H2 SX that comes with a retail price of $19,000 (€17,060/£14635). 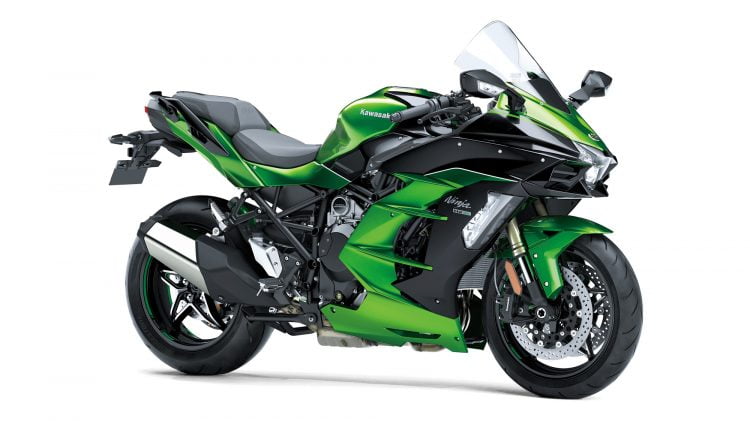 It’s not clear how much savings Honda’s patented supercharger can provide.  But if Honda can bring a less expensive machine to market, they could take a chunk of Team Green’s “supercharging monopoly.”