Despite their diminutive size compared to cars, motorcycles have horrible aerodynamic efficiency. The frontal area of a motorcycle in relation to its overall size translates to significant drag, with the flow of air having considerable difficulty re-joining itself in the wake of the rider and machine. A few designers have used bulbous tail humps and drooping butts, like the late 1990s GSXRs and TZ250s, to combat this, but Honda is apparently taking a different approach, according to Japanese patent filings. 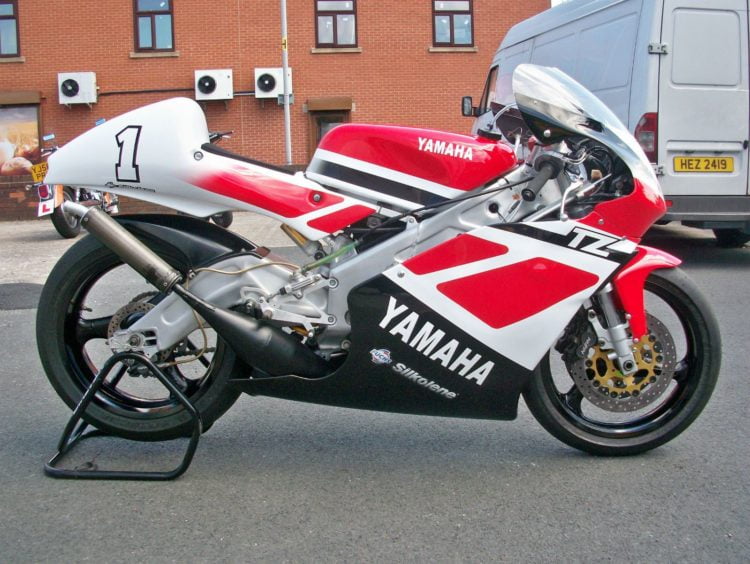 Instead of creating a bulbous or droopy tail, the Honda filing shows a very truncated tail section with longitudinal tunnels, similar to the Ducati Panigale. According to CycleWorld.com, the patent lists aerodynamic advantages, including increased downforce, with the layout, although several clues point to this being a street bike-oriented design. 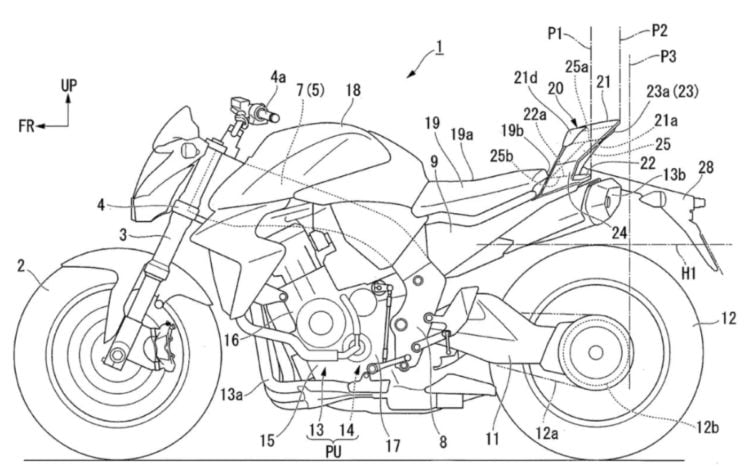 Honda’s filing shows a naked street bike as the base for the design. Credit: CycleWorld.com

Most notable is the inclusion of a cargo pack in the patent filing, designed to fit inside the tunnels, and featuring a waist belt for use off of the bike. Also, the inclusion of a tail light, turn signals, and mud guard, also point to the street bike intentions of the design.

Are hip packs back in fashion? Credit: CycleWorld.com

With MotoGP bikes, and the aforementioned Panigale, employing front end wings for downforce, it would not be a stretch to see race bikes starting to employ similar tactics at the rear of the bike. As this patent shows, Honda is already thinking about it, even if only initially for road use. Seeing as the design shown in the patent drawings does not allow for a passenger, it would seem that the street bike that would employ this tail section would likely be of the high-performance variety. Is this a preview of the next generation CB1000R, possibly with another “R” tacked on?