Recent patent filings show that Honda is working on a streetbike utilizing a parallel-twin engine. Drawings show what appears to be the powerplant from the new Africa Twin, with identical engine mounting points to that model, in two frame configurations. One is a cradle-type frame, while the other features a trellis design.

The 2020 Honda CRF1100L Africa Twin’s engine features a modern suite of electronics, and puts out a claimed 101 horsepower and 77 lb/ft of torque. The 2020 model displaces 1084cc, an 86cc increase over the previous model. With the high cost of developing engines to meet increasingly stringent emissions and fuel economy regulations, while retaining decent power characteristics, sharing engines across different model lines can reduce development costs considerably. 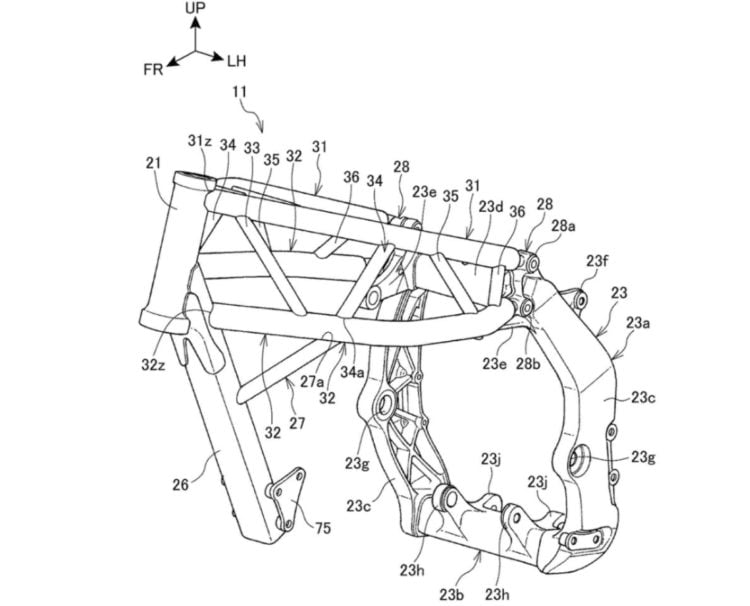 With a combination of aluminum castings for the swingarm pivot areas, and tubular steel for the forward section encompassing the headstock, the trellis framed version of the proposed street bike emphasizes stiffness and light weight, and would presumably be the sportier and costlier of the two frame options. An abbreviated down tube captures the front of the engine, which is a stressed member of the overall frame structure. 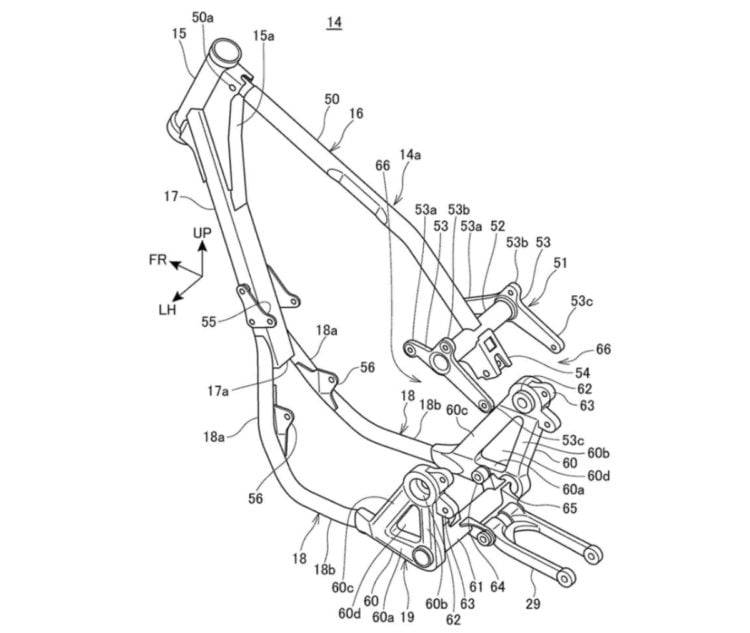 The cradle version of Honda’s patent.

The much simpler cradle-style framed version features a unique twist, whereby the rear upper portion of the frame does not join the lower portion and swingarm pivot area, leaving a gap between the two. The engine takes up the structural duties in this space, and Honda states that this design offers a degree of flex while retaining strength.

The cradle version with engine and running gear.

The drawings show both frame designs with identical swingarms, upside-down forks, handlebar position, and seat position. Steering geometry and wheelbase are also shared between the two. Whether the drawings show two different models to be released, or two designs competing with each other to see which reaches production, is unclear.