Honda is reportedly working on a “climate controlled” motorcycle seat.  According to carandbike Honda has already filed a patent application for the seat’s complete system.

The system has already been built and successfully tested.  Honda’s application states testing occurred in wind tunnels and provided graphs showing how quickly the system can reach target temperatures.  Clearly, they are serious about this product and have working prototypes.

The application uses this picture (among others) to represent the system design. 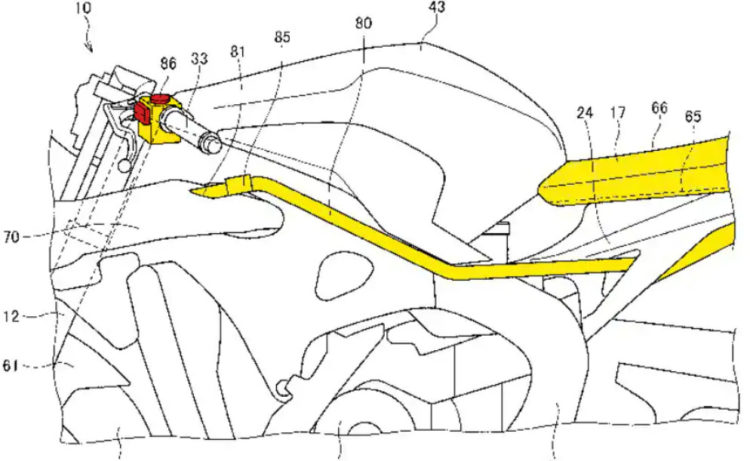 The system uses several components to provide heating and cooling.  Honda intends to use a new plastic mesh seat material which allows air to pass through it but still retains resistance to weather.

It also uses two “pipes” that send either warm/hot or cool air to the seat and through the seat material.  The bike’s ram air intake supplies cool air, while hot/warm air comes from the bike’s radiator.

A handlebar mounted switch controls air flow.  It uses a control valve in the plumbing that manages where air is coming from.  The switch will also allow the rider to blend both warm and cool air to get the seat to the desired temperature.

Carandbike suggest that the new climate controlled seat system will likely debut on Honda’s touring and adventure models.  First up could be the Goldwing with the Africa Twin following later.

Honda has not said when the system may be production ready.