Honda showed off its two new Africa Twin models at the AIMExpo today.  Unfortunately, they did not reveal many more details than we told you about previously.  While Honda did prominently display its two newest adventure machines, much of their presentation was about the history of Honda. 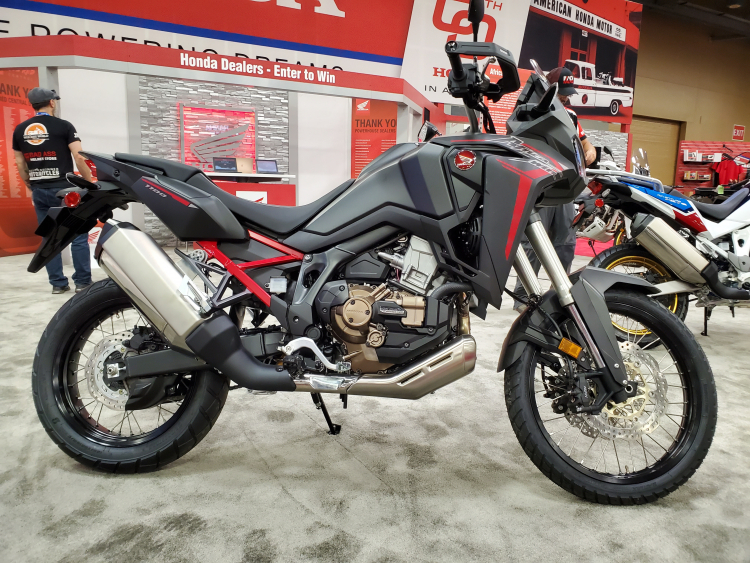 The Africa Twin looks significantly smaller than it sibling.

That’s not necessarily a bad thing, but it would have been nice to get a full rundown on the new bikes.  So let’s talk about what they did tell us. 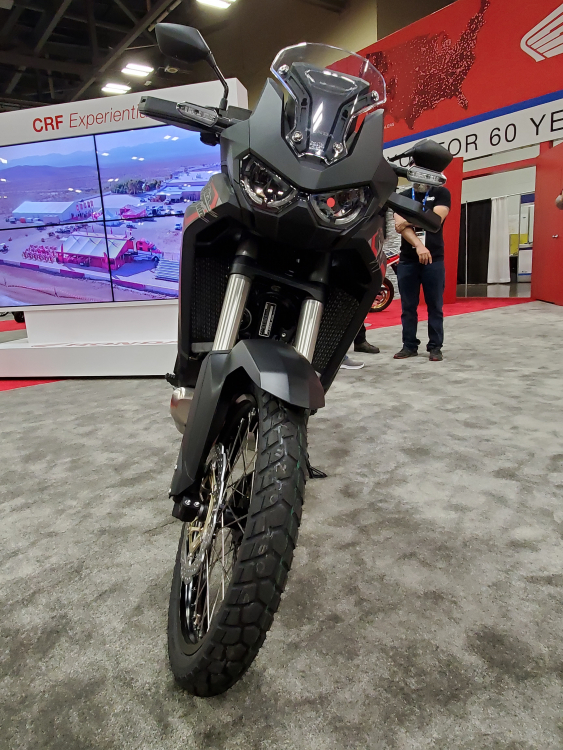 Only the Africa Twin Adventure Sports ES has cornering lights (just below the headlights) and a taller adjustable windscreen. 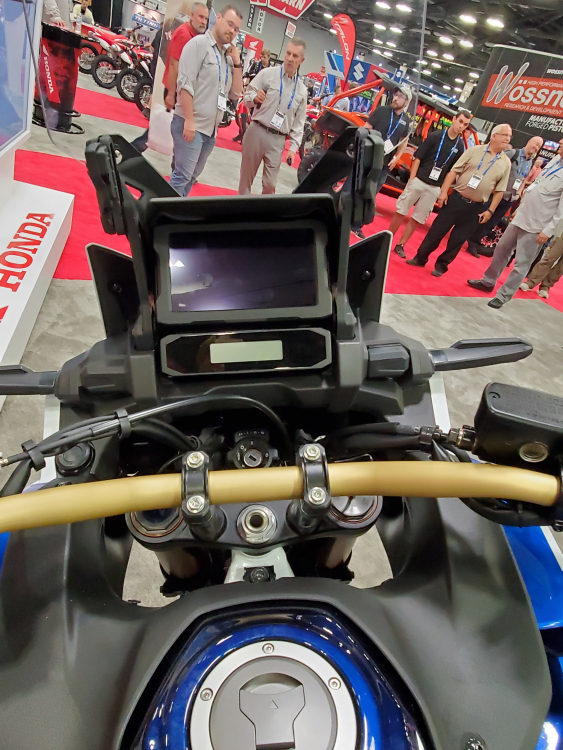 The view from the Africa Twin’s cockpit.

That’s not a lot of new information on the Africa Twin than we previously told you about.  But we intend to go back to the Honda stand tomorrow and see what other details we can dig up on these two new machines.