Slipping under the radar a little at EICMA this year were two Honda concepts that look so fully developed that they may be ready to go to market.

Both are based on the entry-level CBR125R sportbike, a machine that isn’t for sale in the United States. That’s probably a hint about the future of the two concepts. 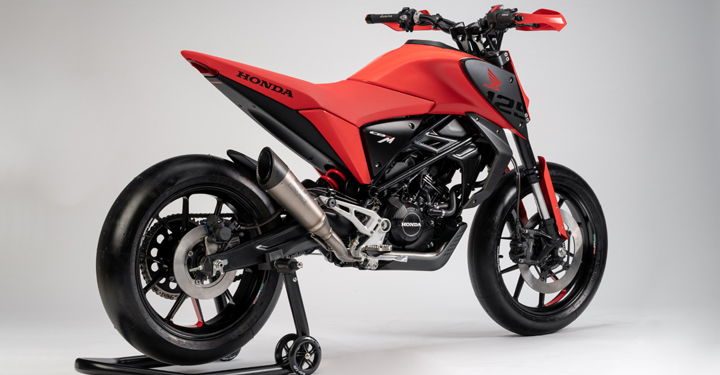 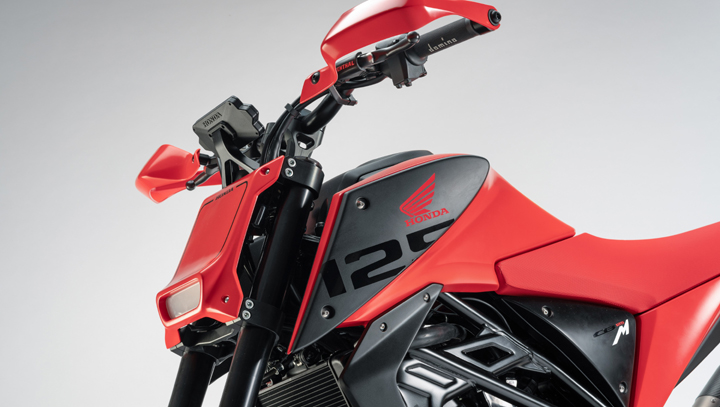 The tiny LED headlight is an unusual style statement.

The other concept is the one that got our attention. It’s the CBR125X, a mini-adventure bike. Like the platform it’s based on, it’s aimed at young and/or first-time buyers. Honda says it hopes it’s a multipurpose bike that can introduce them into riding as a lifestyle. 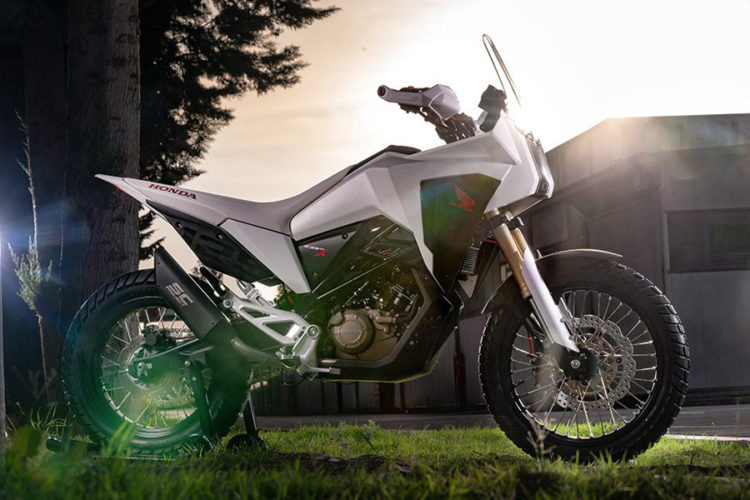 The reason neither is of these machines is likely to be sold in the United States is the engine, of course. The 125 cc single-cylinder lump is limited to just 15 hp by Euro 4 regulations. That’s simply not enough for the wide-open roads here. Buyers demand more power. 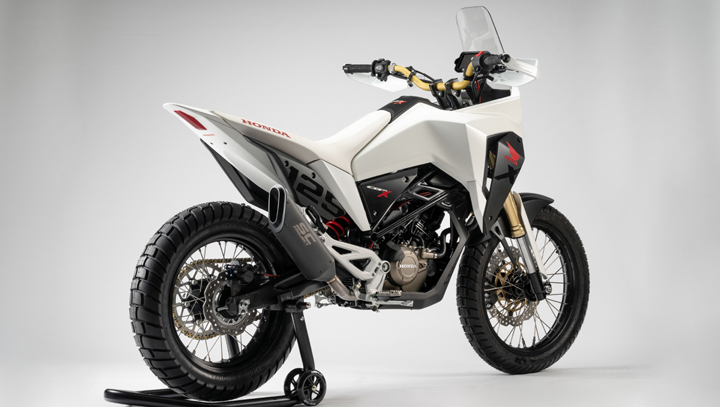 But it’s an interesting machine. Designed by Honda’s R&D center in Rome, Italy, it has an aggressive, forward-leaning stance. Honda say that the design was inspired by their Rally Race machines, like the Africa Twin Rally.

In addition to a bash plate, it has full handguards, what looks like a bigger tank than the one on its sibling and a tall screen. It also has three forward-facing lights. There’s a central headlight and two additional lights tucked inside the bodywork.

So the CBR125X is a pretty cool-looking, small-calibre adventure bike that’s compact, lightweight, and multipurpose.

It may never make it to the US, but in Europe, sales of 125 cc bikes jumped by 25% in the first half of 2018. And the CBR125X might also find a warm welcome in Asia (one Filipino bike media outlet is decidedly enthusiastic about it.)

And who knows? If it reaches production and takes off, maybe someday Honda will put a bigger motor in it and bring it over here. 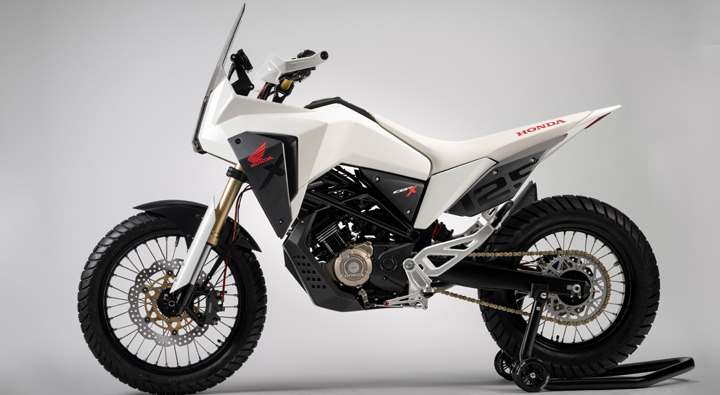