Multiple outlets are reporting that Honda may roll out a new CBR600RR-R middleweight hypersport bike.  One of those outlets, says that Big Red had intended to roll out the new machine in late March.  However, the COVID-19 pandemic put a damper on that rollout and, Honda is rethinking a new release date.

The new date could be as early as October 2020.  Why early October?  Well, speculation has it that the bike will be rolled out in time for the Thai MotoGP event. 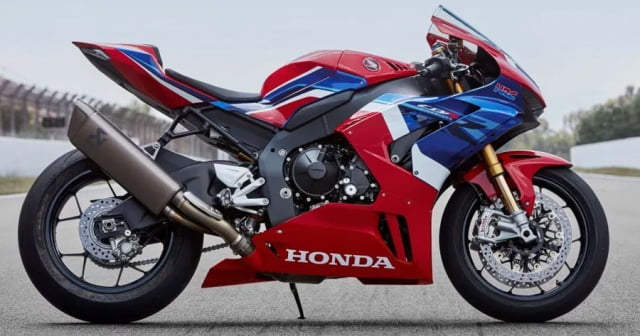 This image of the rumored Honda CBR600RR-R sports an appearance very similar to the in-production CBR1000RR-R.

A different outlet says that the CBR600RR-R will also get most of the CBR1000RR-R’s electronic package including engine Brake control (3 levels), the Control anti Wheelie (3 levels) and HSTC Traction Control (9 levels).

Unfortunately, Honda has not officially said anything about the bike.  The 600 class of machines, once a huge segment of bike sales for the big four Japanese manufacturers have experienced a substantial fall from grace. 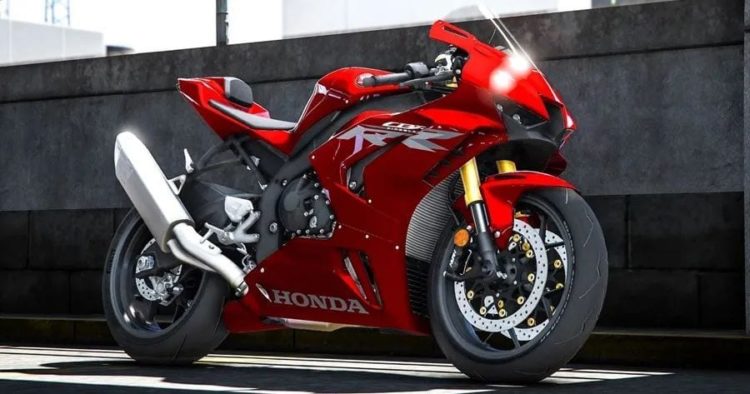 Could this be Honda’s new CBR600RR-R middleweight hypersport?

Whether Big Red would be willing to invest in a major revamp of the middleweight sports bikes isn’t all that clear.  But if they could just slap on new bodywork and tune the electronics to its existing 600cc engine, perhaps it’s not too much of a stretch to believe that Honda will pull the trigger on a smaller cousin to its hypersports CBR1000RR-R.

As for its rumored 15% weight loss, that’s another matter entirely.  Losing weight often costs money and the 2020 CBR600RR is already priced at 11,799 plus a $380 destination charge.  Add another $1,500 to $2,000 to get that extra “-R” in the bike’s moniker and you are in the ballpark of $14,000 for a middleweight superbike.  Would Honda be willing to spend the cash to build this bike?  And better still, would riders be willing to pay that kind of money for 600ccs?