If you’re involved with motorcycles, as I have been for many decades, you eventually begin to suffer from a weird kind of anti-immunisation effect. Symptoms include a type of blindness and selective amnesia that makes us forget just how much bloody trouble motorcycles used to be. So we head out and buy old bikes, usually British ones… the ones that were always the most trouble. And then we don’t ride them because they are so much trouble to keep running. I think it’s immoral having bikes around that you don’t ride, so in my case I then sell them.

In thrall to anti-immunisation (not to be confused with anti-vaccing) I have bought at various times a BSA Gold Star (BSA has been interpreted as meaning Bloody Stopped Again for good reason); a Silk S700 (the syphon cooling system doesn’t work in Australia’s temperatures); a square case Ducati 750SS (how many mechanical and electrical problems can one motorcycle have?); an Indian Chief (don’t ask) and…

Ah yes. My latest bout of this disease found me looking through a catalogue from a long-ago bike exhibition in Milan. There, beautifully photographed and looking as classy as half a dozen Afghan hounds in company with Jane Birkin, was a Triumph X75 Hurricane. 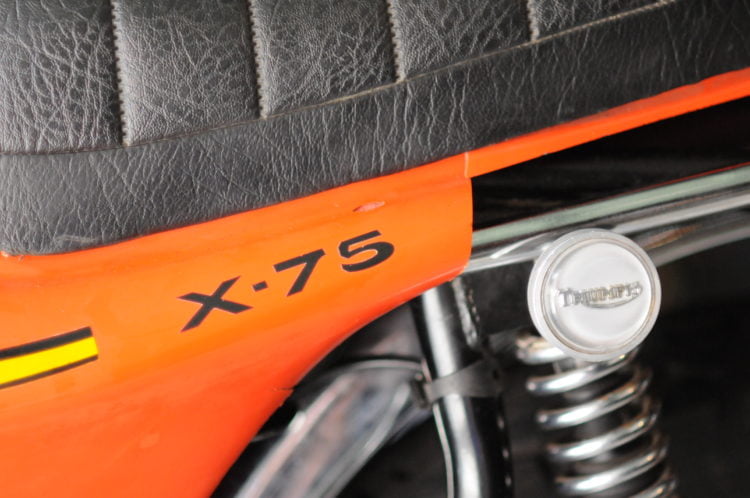 Beware of imitations: any number of copycat X75 Hurricane bodywork was made and sold.

So I started looking for one of the roughly 1000 Hurricanes made, and found one in Queensland. I wanted to be sure it was genuine (there are many fakes) so I called Gary McDonnell at Triumph Australia to find out how to check.

“Ah,” said Gary, “what a coincidence. I was one of the apprentices at Meriden who set up the assembly line for those. I’ll send Craig Vetter an e-mail and ask him about the number for you.”

Craig’s e-mail in reply confirmed that the number was good and that the bike was a real Hurricane but, he wanted to know, why was I asking?

“I’m thinking of buying it”, I replied.

“In that case”, came an e-mail back, “why don’t you buy mine? I’m not a collector so I sold it to a friend, and he’s had it sitting in his den for the past dozen years. He’s moving and doesn’t have the space to keep it.” 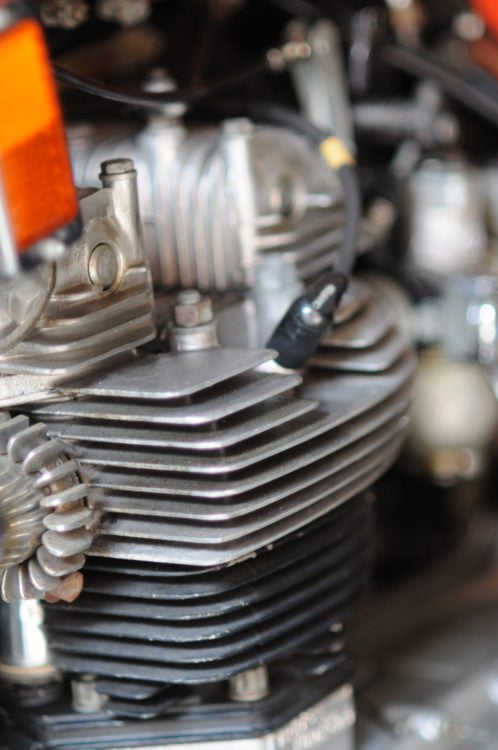 Err, well, I thought, why not? Why don’t I buy Craig Vetter’s own Triumph X75 Hurricane? And why don’t I buy it before Jay Leno, the Barber motorcycle museum or even Triumph America find out that it’s available? After all, all of these people (and more) have or would like to have one of those thousand or so X75s made, and if you’re going to have an X75 wouldn’t you want Craig’s own bike?

Yes you would. I know I did. Keep in mind that this is a bike that Craig bought with his own money. Triumph America was too mean to even give him one of the motorcycles he designed.

So I bought it, arranged to have it shipped to Australia by my friend Dave Milligan at Get Routed motorcycle shipping, and paid all the various government charges and the GST (Goods and Services Tax). The cost was adding up but the bike, though a little worn, was just as beautiful as it is in photos – this is the very bike that is in all of Craig Vetter’s posters and even on the coffee mug. 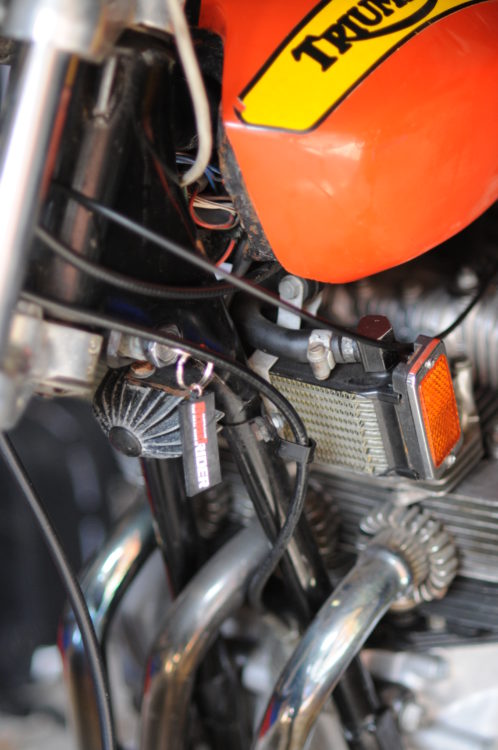 The bike was not in perfect condition, but it was all there.

One of the things I had forgotten is that it takes a determined prod on the kick starter to get the BSA triple going, so to make it easier I fitted TriSpark ignition (from Adelaide), generally regarded as the best electronic ignition for British triples. Starting was much easier, and the bike now runs very smoothly.

It’s hard to convey the pleasure you get from riding a bike like this, but I can safely say that I love it – even with the dicey front brake, which is the only real shortcoming. The X75 handles beautifully, the three unique exhausts make a lovely noise and even though hardly anyone knows what it is, everyone looks as you go past.

Then I found myself limping a little more than usual. My doctor diagnosed accelerated wear in my stuffed right knee and hip joint. Had I been doing anything lately that caused me pain, he asked. Yes. Starting the Hurricane. Well, he said, stop it or you’ll need a new hip and/or knee much earlier than we thought you would.

So I sold Craig Vetter’s own Triumph Hurricane X75 again. Despite the fact that Craig told me I could equip it with electric start quite easily – but I’d need to cut the frame. Craig, mate. I’m going to cut the frame on an original X75? Ain’t gonna happen. We collectors do have our principles. Wait – did I just write ‘collectors’? Oh dear.