For many years, the town of Tazewell, Virginia, was a thriving community.  The coal industry was in full swing, and it employed many of the townspeople fueling the town’s economy.

But as the demand for coal dropped precipitously, so did the town’s population and economy.  A once vibrant downtown quickly began its steady demise.   And, if it weren’t for the thoughtfulness of one motorcyclist, the town may have ultimately disappeared from the map.

Thankfully for the town, a motorcyclist named Larry Davidson recognized another local attribute that could prop up Tazewell, its people, and its economy. 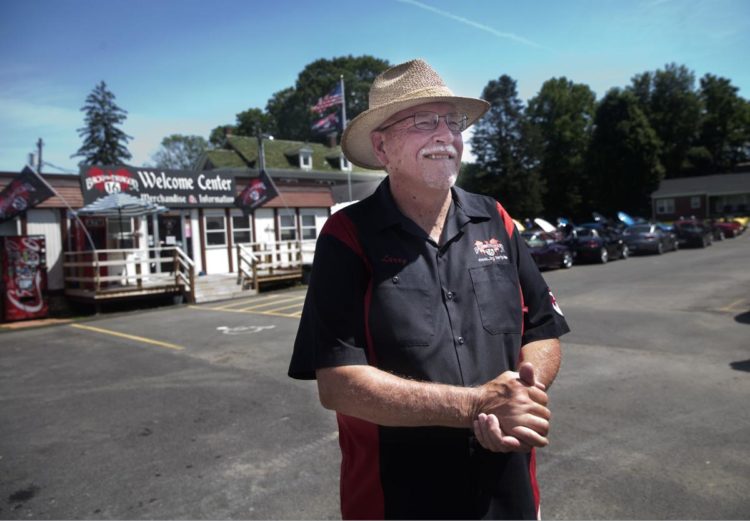 The man who is responsible for the Back of the Dragon and much of the revitalization of Tazewell, Larry Davidson.

As a child, Davidson made frequent visits to Tazewell to see his grandmother.  During the journey from his hometown of Canebrake, West Virginia to Tazewell, a young Davidson developed a fondness for the town and the state highway that brought him there, Virginia Route 16.

The Great Depression and Route 16

When the Great Depression struck, the government put hundreds of thousands of young people to work under the banner of the Civilian Conservation Corps (CCC).  Their job was to make sites like Civil War Battlefields accessible and to clear the way for the roads now known as Skyline Drive in Shenandoah National Park and the Blue Ridge Parkway.  And it was the CCC that built Virginia Route 16.

Virginia Route 16 begins at Hungry Mother State Park in Marion, Virginia, and ends in Tazewell.  The road is a 32-mile stretch of pavement that follows the contours of three different mountains.  As it makes its way from Marion to Tazewell, the road twists and turns with four hundred curves.  Those curves flow up and down the mountains giving an exciting roller coaster effect.

This is where Larry Davidson comes in.  After returning to Tazewell in 1999, Davidson took a job teaching at a local high school.  During his time off, he rode motorcycles on Route 16.  It was one of the town’s highlights for him.  And he wondered if Route 16 could help Tazewell.

“When I came back, I saw how devastated the area had been because of coal going out.  I thought, well, why can’t we do something with the road?”

Davidson has indeed been able to do something with Route 16.  Several years ago, he printed up a dozen T-shirts with a dragon on them and put them in his backpack.  He then rode around, talking to motorcyclists about what appealed to them about the road. 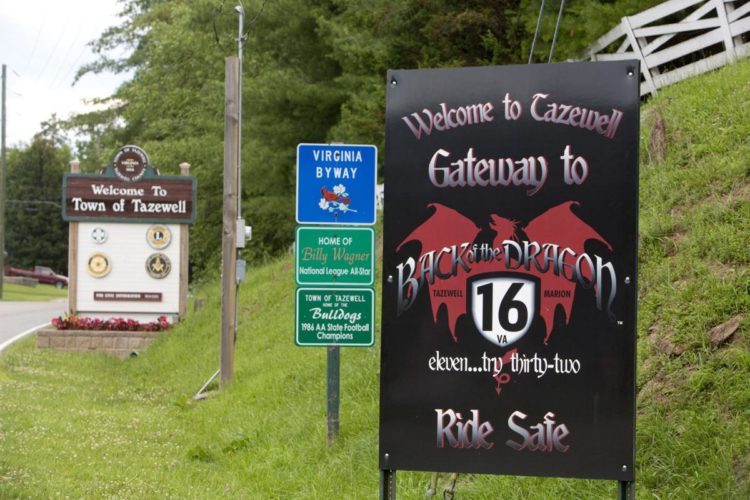 A sign tells riders that they’ve found the Back of the Dragon while poking fun at the Tail of the Dragon’s shorter length.

And those dozen T-shirts quickly disappeared to eager riders.  It was the sales of those T-shirts that made Davidson think some more.

“That gave me an idea that maybe we’re onto something.  I saw a community in dire straits from the decline in coal, and I wanted to see something lift it up.”

While Davidson’s idea to make the road into something was new for Tazewell, it was not a new idea in the USA.  A mountainous area on the border of Tennessee and North Carolina has a road with similar attributes.  There, local entrepreneurs came up with a similar idea, and they decided to brand their sinuous road as “Tail of the Dragon.” Its 318 turns in 11 miles have become a significant tourist attraction.

Building an attraction in Tazewell

So Davidson thought, couldn’t Route 16 become a similar attraction?  Especially since Route 16 is longer and has far more curves.  With that in mind, Davidson spoke with local Virginia government officials and lawmakers about his idea.

He printed up some more T-shirts and went to the state’s capital to meet with and give one of the shirts to the then Virginia Governor Bob McDonnell.  And, he was successful.

People come from all over to ride the Back of the Dragon, as did this man from Canada.

In just a few short years, the road’s souvenir trailer can not support the number of people passing through.  In 2017, an estimated 60,000 motorcyclists passed through Tazewell.  That figure is actually quite a bit larger.  It does not include sports car owners who now visit Tazewell to drive Route 16.

For all its success, Davidson is still quite astounded by the Back of the Dragon’s success.

The thing that thrills me is, the biggest thing this shows is, we have an opportunity here that is phenomenal, because they’re here looking at what God has given us.  The road is exciting, the road being named by the state, the road is technical, and they just love to come and love to enjoy that camaraderie and ride the road.”

Route 16 has become so popular that the Tazewell County Industrial Development Authority is receiving a $450,000 loan from the Virginia Tobacco Region Revitalization Commission to put towards a new $1.6M 5,000 square foot welcome center.  Organizers hope to have the grand opening for the center this spring.

Some may question whether the government should back an activity that could be hazardous.  The similar “Tail of the Dragon” road in Tennessee and North Carolina has had more than 50 fatalities since 1995.

But that’s apparently not the case with the Back of the Dragon.  The Roanoke Times newspaper says that “In the past several years, no one driving the road for fun has died.” So while the Times’ quote may not be an apples to apples comparison to the “Tail of the Dragon”, it is an indicator of the relative “safety” between the two. 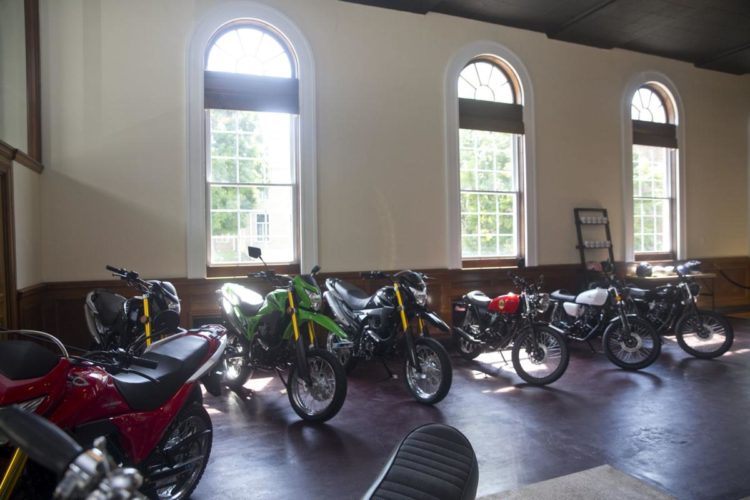 Tazewell changing for the better

Todd Day, Tazewell’s Town Manager, agrees that the Back of the Dragon has been a blessing to Tazewell.

Now that’s changed.  The Front Porch on Main now occupies a historic residence and is one of several new restaurants in town.  The town’s jail has been converted into an inn.  Two closed banks have become the Well Coffee Shop and Clinch Mountain Motor Works.

But it doesn’t stop there.  Amanda Hoops, the Executive Director of Tazewell Today, the town’s initiative to revitalize Main Street and her husband Tazewell Mayor Michael Hoops, moved back to Tazewell.  They had been living in urban Virginia but now have a mission to help revitalize the region they are connected to.

Tazewell is on its way back to its glory days.  Its attempts to build a new and lively community that encourages people to return home or attract new residents is succeeding.  And the plan to do just that starts with motorcyclists and the Back of the Dragon.