Meletis Stamatis, organizer of the largest European rally race, the Hellas Rally, has been in the rally racing world for over two decades now. Having started out racing bikes and quads in the nineties, Meletis remembers traveling to see the Dakar Rally for the first time. “This is where I saw a roadbook for the first time – at a Dakar bivouac. I remember picking up a discarded roadbook scroll and thinking, what the hell even is this thing – we had no rallies in Greece back then, not with roadbook navigation. I got hooked there and then”, Meletis recalls. In 2008, he began organizing a local rally event in Greece. “I had this very strange – at the time – idea: to create a mini Dakar in the Balkans. I connected with a Bulgarian car rally race organizer, and we began pooling ideas and resources together. The initial idea was to create a rally race route via Albania, Macedonia, Bulgaria, and Greece. Three years later, Hellas Rally was born. In 2011, we had about thirty international riders show up. In 2014, we had Matthias Walkner win the rally and when he began doing really well in the Dakar a little later on, Hellas exploded”, Meletis explains. 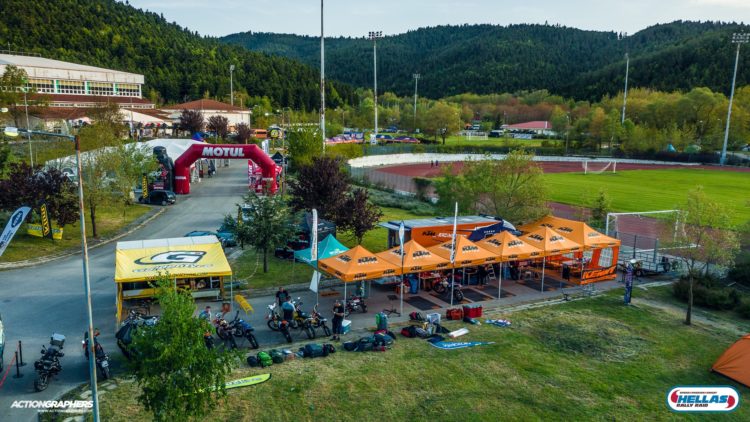 Although Hellas Rally is held in Europe, not Northern Africa, Meletis says the rally’s fate is still closely connected with that of the Dakar.

“The Dakar is changing a lot, it wasn’t the same this year and it will be different again next year. This year, there were so many extremely fast parts, the roadbook, by the looks of it, wasn’t very good, especially in the second week where they had the most crashes, even with the cars. I’m sure that was because the ASO just didn’t have enough time to prepare thoroughly, the move to Saudi Arabia was quite sudden, so it’s probably understandable.

David Castera will change a lot of things in the rally world. Not just in the Dakar, but rally racing in general. They’ve already announced the electronic roadbook changes, starting at Rally du Maroc. This will be a huge industry change, too. We are now talking about new technology, and there will be new players in the market.

Riders will get roadbooks early in the morning now; so many teams have relied heavily on the mapmen, but now, this is changing as well. I’m sure that the big teams will find other ways around it, but still, the next Dakar will change how we perceive the rallies. 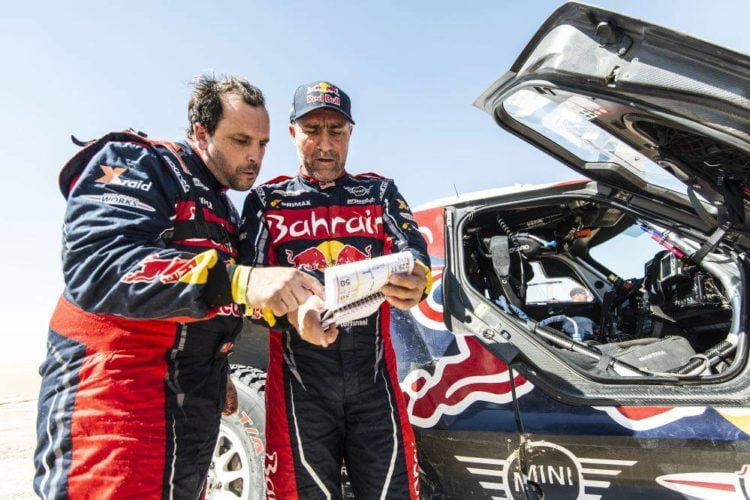 The Saudi Dakar is different. The race was moved from a traditional rally format – difficult navigation, tougher stages – to pure speed fest. Throughout the past years, the average Dakar speed has been steadily climbing. The riders are faster than ever before, and it’s more dangerous than ever before. In the past, a good privateer, if they were a solid rider and had some decent support, could make the podium. Now it’s simply impossible with the factory teams having the newest technology and the fastest bikes.

I think Castera might be looking to bring the average seed back down a bit, so the navigation will have to get trickier, more difficult. There will be less flat-out sections, not just for safety, but also to make it more interesting, because frankly, having more manufacturers on podium is definitely more interesting than the KTM lead over and over again.

At the FIM, there are talks of changes in protective gear. We’re now talking about airbag vests. At the moment, the regulations quite poor: as an example, knee braces or neck braces aren’t obligatory, but I think this will change now. At Hellas, I see some riders wearing decent protective gear, but there are always those who look like they’ve dressed up to ride to a Starbucks. And as an organizer, I can’t do anything about it. With new regulations, hopefully, riders will be better protected”, Meletis says.

The Ripple Effect of the Dakar

According to him, all of these changes will affect the smaller rallies as well as the entire industry.

“Every other rally will follow what Dakar does. Expect electronic roadbooks, because it’s greener than printing kilometres of paper roadbook; they’re also much easier to handle from the organization side of things, because modifications will now be done much easier, with just a click of a mouse as opposed to manual corrections. I think it’s a great move – all you need is a good tablet and an app, a good bracket for it, and that’s it, you’re good to go. You can still have a back-up Ico with the cable to the wheel, but the app GPS should be fine. I think this will bring even more people into the sport because a tablet is a lot cheaper and a lot less intimidating than a full Dakar-style roadbook navigation tower.

The average speed at the Dakar will go down, but it will stay the same at Hellas because in Europe, you simply can’t have those insanely fast tracks. What we do have is tougher terrain and navigation. If the Dakar riders will be required to wear airbag vests, we will follow suit, too. Rally racing is a very high-risk sport, and safety is a big issue. We’re constantly trying to make it safer, and of course, there are insurance costs involved, too. I think it’s in everyone’s best interest if competitors are protected as best as possible. 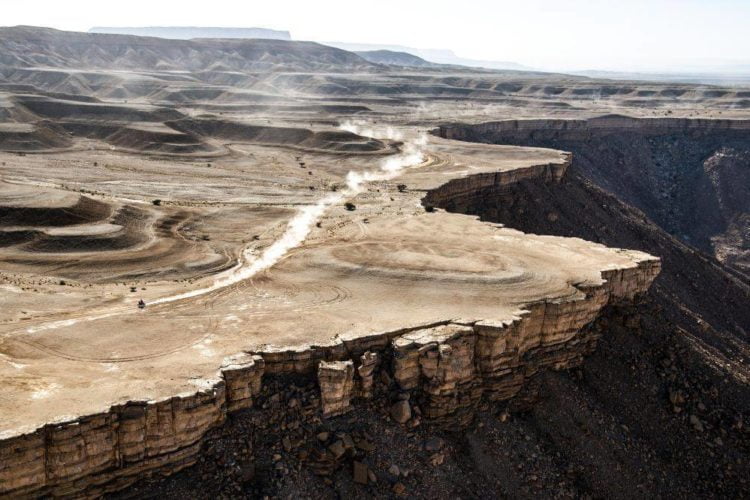 At the same time, I and my fellow European rally race organizers want to keep these rallies low-cost, because they can be a great entry to the bigger rallies. Doing a desert rally in Africa as your first one is very expensive and extremely challenging, whereas starting out with Hellas or Hispania is just a lot more manageable. For so many riders such as Lyndon Poskitt, Hellas is an entry, a stepping stone towards the big desert rallies like the Africa Eco Race, or the Dakar later on. And for lots of amateur riders, it’s a way to improve their riding by leaps and bounds, live the rally, and simply have fun. If we, Hispania, Hellas, Iberian Rally – if we stop existing, the big rallies won’t have any new entries.”

According to Meletis, the changes we will see at the Dakar 2021 involve a lot of shuffling between the major teams. “I think Yamaha made a very smart move with Andrew Short, and Ross Branch will make an excellent team member to help him. I think Short can certainly do it – quietly and effectively. Ricky Brabec, in the meantime, feels more like a one-hit wonder. There’s no consistency there – he either quits or wins. If Yamaha improves the bike, with Short on board, who knows, they may surprise us all next year. Honda might make the podium if they pull it together and put their money on Benavides; KTM, on the other hand, still seems unbeatable, at least with their bike. Matthias Walkner is definitely a rider to watch, he’s been trained old-school, he’s got strategy.

Toby Price might move to the SSVs. SSVs are growing like crazy right now, both bike and quad riders are moving to SSVs. At Hellas, we’re seeing the SSV class about to double in entries. So for Price, I think he’s already done all that can be done with motorcycles, and the move would make sense. 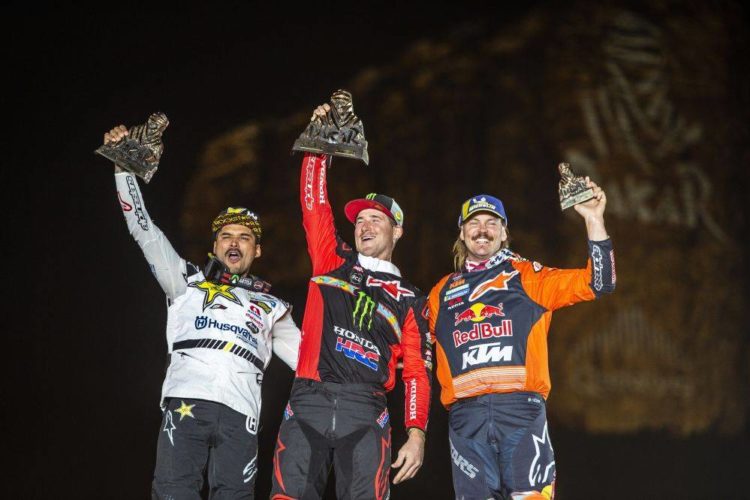 Again, for KTM, Walkner might be their best bet. Not just because of his riding, strategy, and technique, but also because he’s an Austrian. An Austrian winning on an Austrian bike – you just can’t beat that. In the end, racing teams need to be mindful of marketing. Sometimes, the team moves might not make the best sense to us, but they make and excellent sense when it comes to publicity – it’s just part of the rally reality.

At the same time, right now, it’s early enough, there might still be some changes and moves, riders might still come and go, so perhaps it’s a bit early to predict things”, Meletis said.

While there will be several significant changes in the Dakar 2021, which will impact the entire rally racing world and the industry, adventure riders are influencing the scene as well. According to Meletis, there is a growing trend to ride your bike to a rally, race, then ride back, and rally organizers are paying atention.

“I’d like to have a special class in Hellas for people who come to the rally on their own bikes and ride back. Having a malle moto class is kind of useless, as pretty much everyone here is malle moto. I’m considering creating a special Adventure class because in my opinion, it’s the adventure riders who have a potential to become good rally competitors. They are typically tough and resourceful; they know how to survive. They aren’t prima donnas. I see so many pro and semi-pro riders who fly in, stay in fancy hotels, demand massages and motorhomes…adventure riders are a lot more prepared to tough it out if need be. If they need to endure cold, sleep in a tent, then get up and ride again, they will. So I’d love to have a class dedicated specifically to the adventure riders who don’t just fly in and ride but go the whole nine yards”. 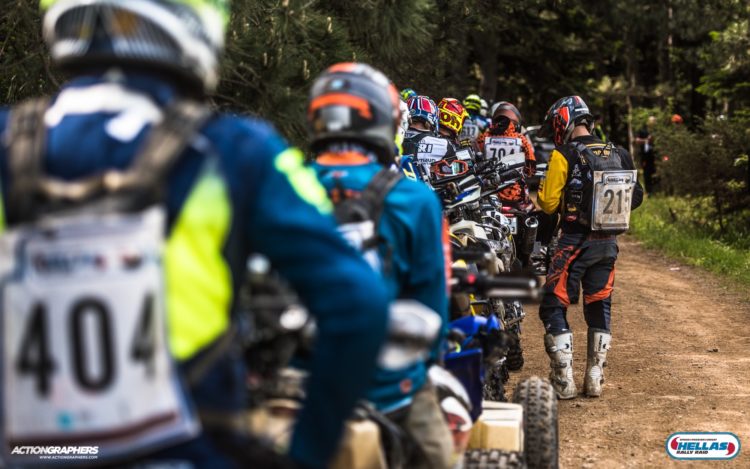 As the rally racing world grows and becomes more and more inclusive for adventure riders, Meletis worries that more and more illegal races are cropping up, too. “In general, Hellas is still growing, we’ve been around for 11 years and we typically have around 250 competitors each year. I think the sport is growing, for sure, but at the same time, there are unsafe events cropping up, and this trend will have to go down. Rally racing should be organized and licensed professionally. Let’s face it, rally is just not cheap, and at the end of the day, you do need a budget. Because the thing is, as a competitor, you aren’t just paying for the roadbook. Your entry fee also goes towards the medical staff, the track Marshalls, teams of people stopping traffic for you, people tracking you and sending you help if need be. So in my opinion, regardless of whether you simply want to see if you’ve got what it takes or you’re looking to place well – if you want to do a rally, do a rally. And if you’re training, go to a closed circuit with a roadbook”, Meletis advises. 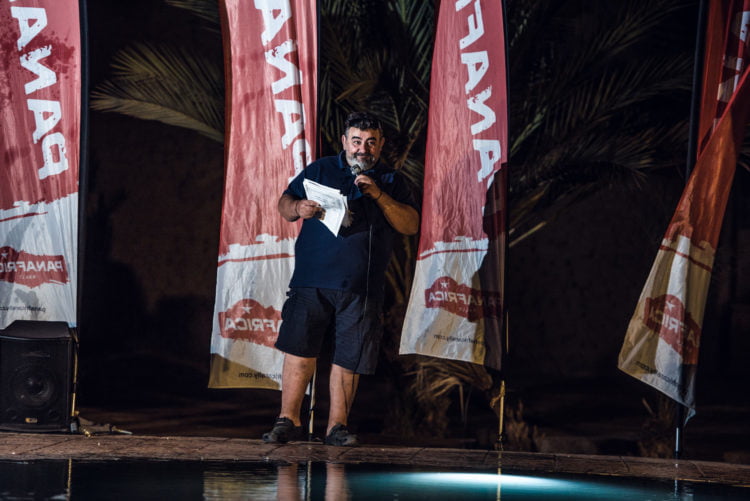