Numerous outlets are speculating on the development of a Husqvarna Svartpilen 901.  This because numerous spy photos have emerged showing what looks to be a twin-cylinder machine with an engine looking much like the one found in KTM’s 890 Duke R.  And, since KTM now owns Husqvarna and is big on the use of modular technology, it’s not a huge stretch to think that Husky intends to build a larger version of its Svartpilen 401 and 701 models.

The spy pictures provide some clues that the machine may be destined to become a Svartpilen 901.  However, positive identification is not a layup.  The pics don’t show a bike that greatly resembles the Svartpilen 701 besides the flat and angular fuel tank and the new Husky style headlight. 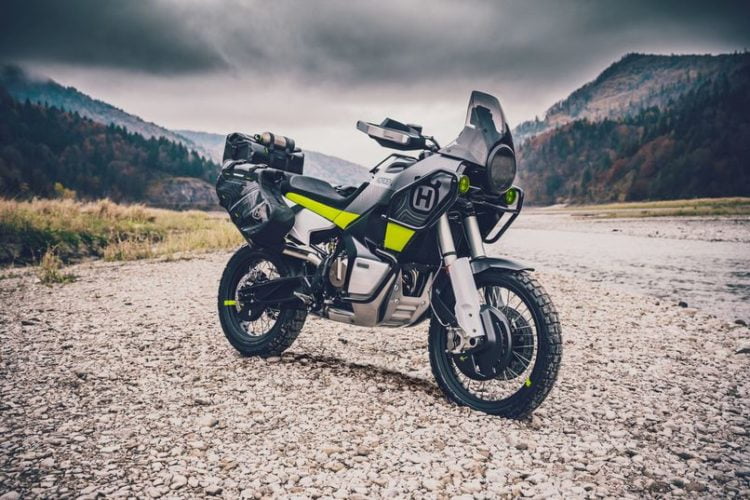 The Husqvarna Norden 901 created a lot of buzz at this year’s EICMA. Photo credit: Husqvarna

But if the pictures are of a 901 Svartpilen test mule, the new machine should produce somewhere around the 121 HP and 73 ft-lb of torque that the 890 Duke throws down.

Another hint that Husqvarna has plans for the 890 engine is the Norden 901 adventure bike shown at EICMA.  Many thought that the machine was the hit of the show.  And, apparently Husqvarna took that excitement to heart.  Because shortly after the end of EICMA, Husky revealed that the Norden 901 would indeed go into production.

These latest moves help mark Pierer Mobility’s quest for global model expansion.  The Austrian firm now owns KTM, Husqvarna, and GasGas.  Having more models means greater opportunity for sales in a world where motorcycles sales have been lagging.  It will be interesting to see if Pierer’s push to use modular platforms will be a success.