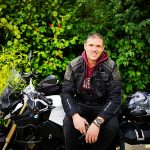 Between 1969 and 1970 the Swedes doubled both production and sales over a period of only one year. There were two main reasons for this success – the growing American market and a surge in demand for offroad and desert machines, which represented a huge market. By now, Husqvarna had won their first Baja 1000 and Mint 400 races and, after two motocross world titles by Bengt Aberg, the brand name was highly respected in Europe and all over the globe. 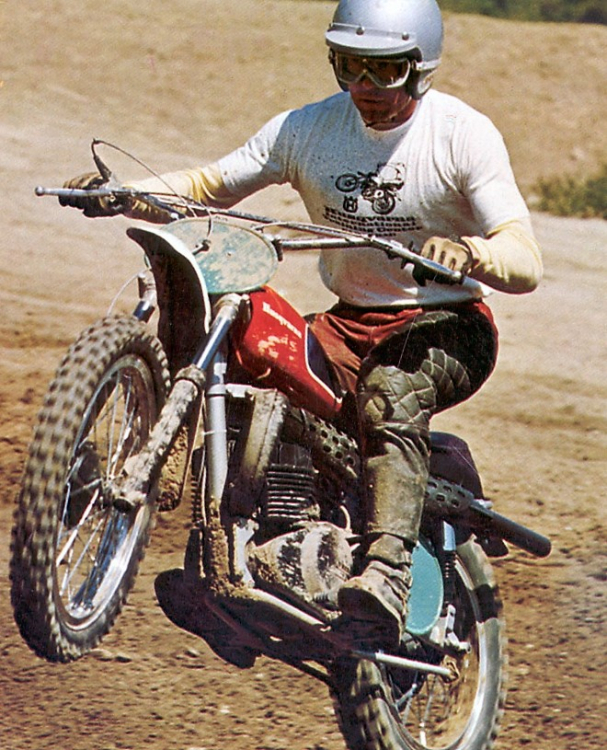 There is a wonderful story from 1974 when the Husqvarna factory rider Hans Hansson was to ride the famous ‘Onkel Toms Hütte’ enduro race in West Germany. “For the first time, I was to compete with the automatic gearbox 360-machine, which interested the technically minded Germans who wanted to know more about our concept,” Hansson said with a smile on his face. “They looked with astonishment as there was no clutch lever on the handlebars. Despite my poor German, I managed to explain the system and that the centrifugal power resulted in the engine drive. Later that night, one of the German technicians phoned me at the hotel asking me to wrap up my engine with a solid protection in case the power plant would explode. “At least, do have a sack around it,” he said. Some genius came to the conclusion that my engine was dangerous and would have caused havoc when parts started to hit the poor spectators. Well, I was allowed to start the race and all the bystanders survived! Sadly, I broke down and had to retire when the chain collapsed.” 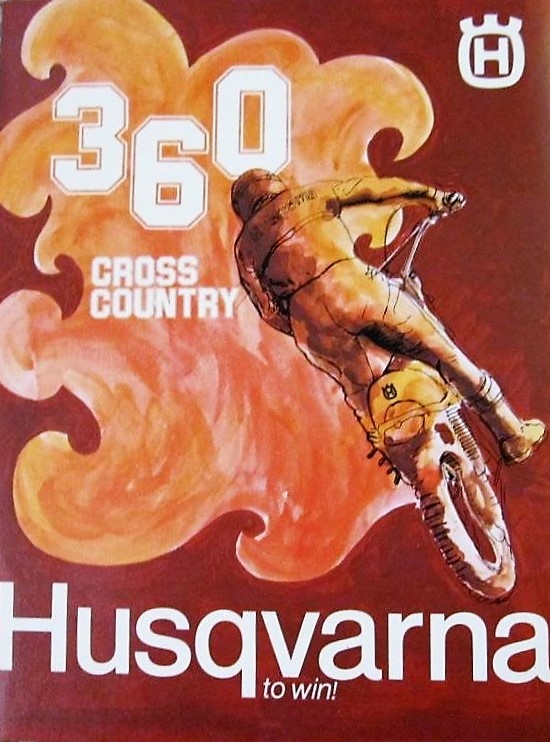 In the United States things were burning hot for Husqvarna. One great enduro victory would be followed by a big desert win. Not only was the brand attracted by top U.S. riders such as Malcolm Smith, JN Roberts, John Penton and Bud Ekins, but the famous film star Steve McQueen was also a true Husqvarna fan. He was often seen in the Mojave Desert, riding shotgun with his buddies Ekins and Swede Rolf Tibblin. The treble Swedish world champion was by now settled in the U.S. and lived in California. In San Diego, Tibblin set up a training centre for bike buffs. This Husqvarna-sponsored camp was also held in the vicinity of San Diego and became very popular to a large young audience. 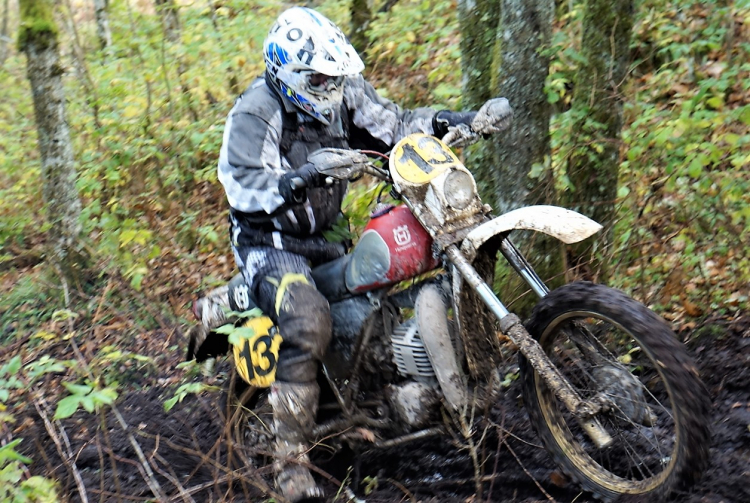 By 1972 Husqvarna was done with their old crankcase design, which dated back to the 1950s. Now, the factory had developed a new power plant in two versions – a WR unit for offroad riding (Wide Ratio) and a CR outfit for motocross (Close Ratio). On top of it all, the Swedes also introduced a big five-speed 450 WR machine and a nimble six-speed 125cc bike. All these novelties were needed to satisfy the demanding Americans, who cued for the latest Husqvarna bikes. The directors in Sweden now had a five-year plan, aiming to sell 30,000 units yearly. In two years, sales were up by 240 percent and close to 15,000 units – already halfway to their future dreams. At this stage, there were broad smiles at the factory in Huskvarna. 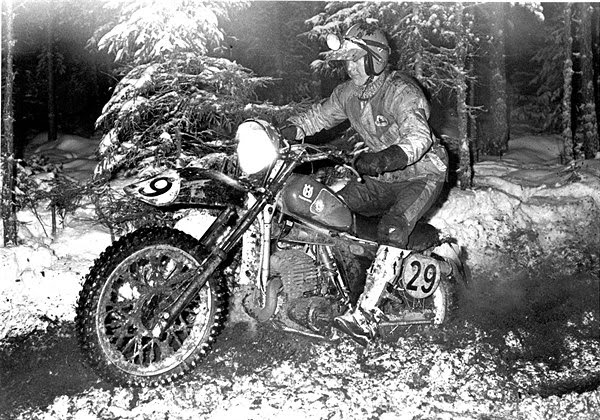 In 1973 Husqvarna had two strong Six Days teams competing for the Silver Vase at the ISDT, now being held in the United States. The American team was led by Malcolm Smith and Dick Burleson while the leading Swedish men were Hans Hansson and Bengt-Olof Gustavsson. Sweden led over the United States until the final stages when Hansson drenched his machine in a ditch and was point-penalized. The victory went to the home team while the Swedes had to be content with second spot. But Husqvarna was the overall winner with two teams on the podium. The oil embargo from OPEC had a strong and negative impact on the Swedish brand. Just as things started to work out well in terms of production, sales slumped as restrictions were imposed for offroad riding in the United States. 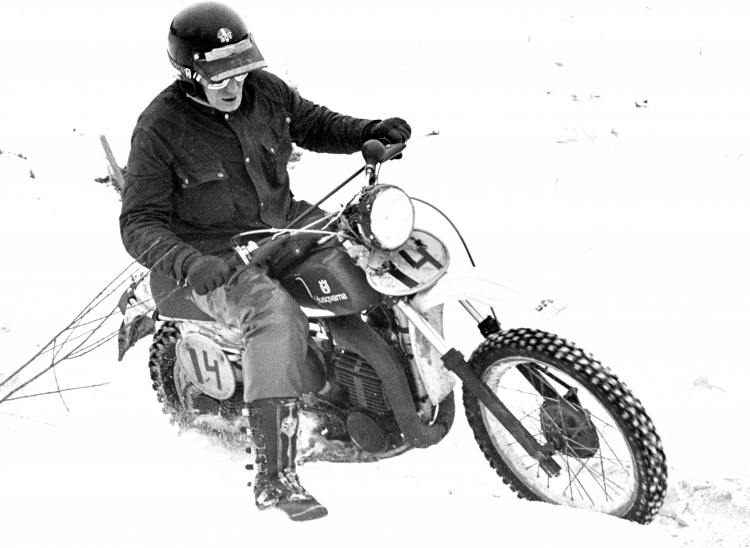 In the mid-1970s Husqvarna worked hard to develop new machinery. In 1976 there was a 360 WR model. Two years later it was tuned to a 390 WR while the 430 WR came along during 1981. In 1974 an odd 175cc WR was presented. It was a killer in the woods where this featherweight bike had a little character from a 250cc engine. During a few years, it sold well in the USA. Also, the cross-country program with the XC-line for desert riding was now successful with good sales. 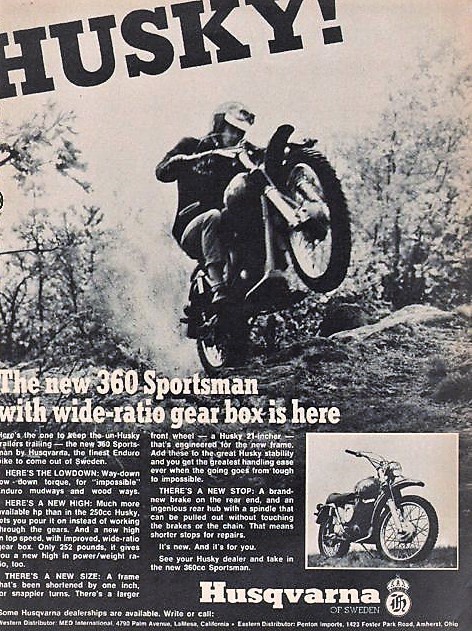 The strategy at the factory was to implement novelties in racing and see if it worked. Ideas were then developed and transferred into the production line. The offroad results in enduro and desert were unmatched during the 1970s, when the Swedish brand won a series of important trophies. In 10 years, Husqvarna won 14 Baja races in the 500/1000 classes. They also captured 10 AMA National Enduro Championships, of which the American Dick Burleson won seven titles. In 1979 the Swedish ace Steve Tell from Stockholm took the first overall Novemberkasan trophy on a 125cc Husky machine, which was a surprising achievement to everybody in the trade. Nobody expected such a tiny motorcycle, with so few horsepower, to be able to challenge the big guys on ‘stronger’ machines.