We recently told you about the problem that Springfield, Massachusetts is having with illegal dirt bikes being ridden on city streets.  They have taken to seizing the motorcycles and have proposed crushing them.

Unfortunately, Charlotte, North Carolina is experiencing a similar problem.  The latest episode has led to the arrests and a fatality.

Shortly after the assault, a Charlotte police officer riding a dual sport bike spotted the group.  The officer attempted to initiate a traffic stop but the bikes did not stop.  One bike sped away, struck a curb then a concrete pillar.  The rider, 33-year-old Michael Adams was taken to the hospital where he was pronounced dead.

Charlotte police have been dealing with illegal dirt bikes and ATVs since 2017.  Residents say that the problem has gotten worse, not better.

Unfortunately, the fix is not an easy one.  Charlotte-Mecklenburg Police Department Lieutenant R. S. Cochran had this to say:

“We attempt to stop them, get behind them, blue light them.  But once they take off, that’s it. We don’t chase or pursue them.”

To address the problem, police say they are using new tactics.  One of those tactics is to use a helicopter to follow the bikes/ATVs.  They also are meeting with residents to gain information about where the bikes are stored. 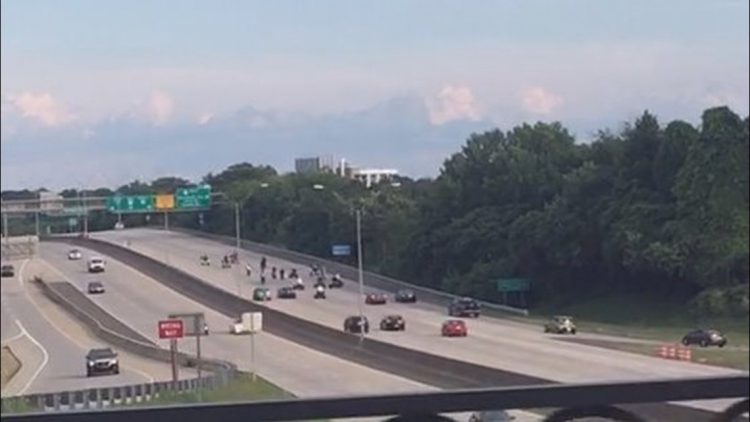 Community activists say that they are trying to meet with the “young” riders.  Their plan is to invite the riders to participate in an anti-violence charity ride this month.  If the riders accept, how the dirt bikes will be able to legally ride on city streets is unclear.

So the Charlotte-Mecklenburg police have a no pursuit policy but are using helicopters to track offenders.  Community activists are reaching out to the stunting riders.  They believe their attempt to find a safe legal stunting location, as well as an invitation to ride in a charity ride, are steps in the right direction.

What do you think?  Will Charlotte’s plan work?  Let us know in the comments below.