The new BMW F900 R and F900 XR have landed in North America. Both bikes were on display at IMS Long Beach, following up their initial debut at EICMA earlier in November (see here for more deets on the F900 XR, when it debuted).

The F900 line is an updated take on the F850 series of parallel twins, which is itself a reboot of the original F800 parallel twin. You could say they’re in competition with KTM’s 790 Duke and Adventure lines, sort of; the F900 R is a naked bike, like the Duke, but the XR is more of a street-biased adventure bike, really a sport tourer, instead of a hardcore offroad middleweight like the 790 Adventure models. BMW is reportedly planning to offer lower pricing on the F900 models, though the KTMs may come with a few more bells and whistles as standard as far as the electronic safety packages go. 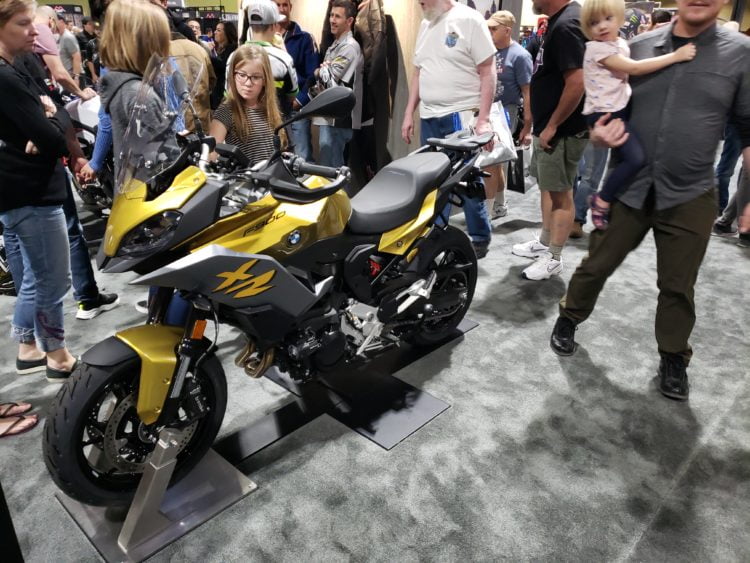 The F900 XR is a mash-up of the sport touring and adventure bike scenes; realistically speaking, 99 per cent of these bikes will never see offroad use. Photo: Zac Kurylyk

There was a consistent line of customers checking out both bikes at IMS over the weekend, so if BMW gets the pricing right, no doubt these will prove popular, as the previous F800 models were basically good bikes, just with a clunky engine, and the 850/900 series sorts out many of those problems. Of course, BMW’s pricey add-ons (quickshifter, luggage, and much more) will also bring in plenty of profit for the company. 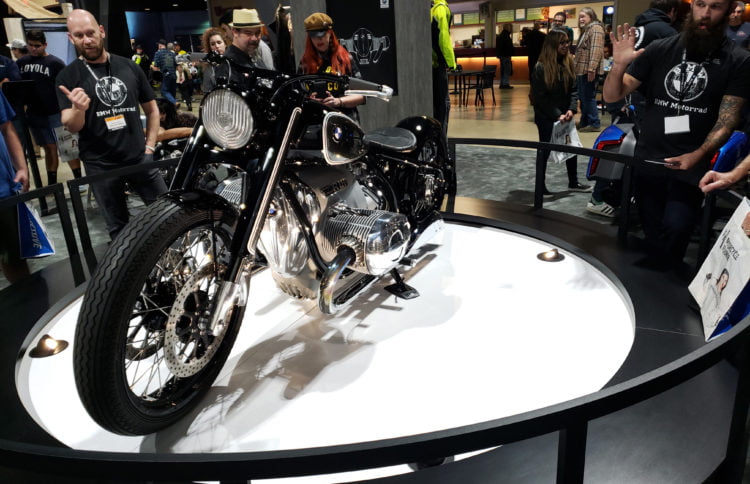 There were plenty of fans taking photos of the BMW R18 concept bike, and many of them weren’t the typical BMW crowd. Photo: Zac Kurylyk

There was also a pretty consistent stream of customers taking photos of the R18 concept bike on display at the BMW booth, so much so that it was hard to get a good photo of it. BMW says the production version of this machine will hit the market in the second half of 2020, but that’s about all the information we got.