Indian confirmed the Challenger bagger would debut at the same time it announced its PowerPlus engine (deets on the engine here). Now, Indian’s told us the rest of the story, as Paul Harvey said, with full details on its new machine.

There are three models in the Challenger lineup: the base machine, the Challenger Limited (pictured above) and the Challenger Dark Horse (below). All these bikes will feature a frame-mounted fairing, taking a page from Harley-Davidson’s popular Road Glide design. These machines may have classic cruiser lines, but the the Challenger line is packed with relatively modern technology, at least for the world of cruisers. 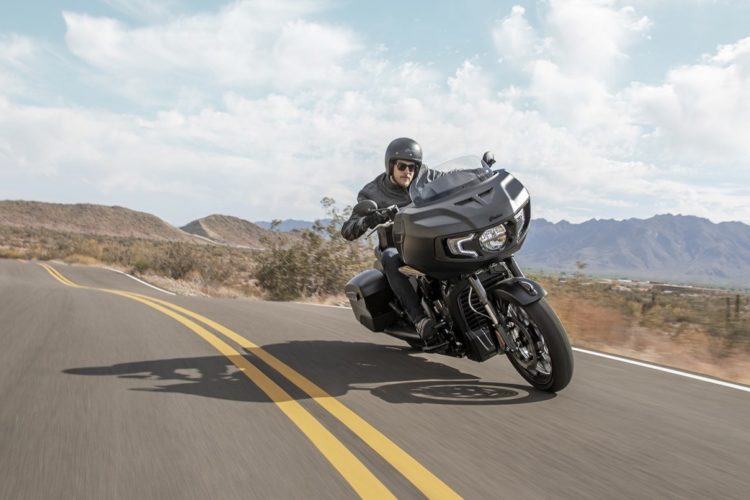 All the Challenger models have a cast aluminum frame, “race spec” Brembo brakes, a Fox shock, all-round LED lighting, Metzeler Cruistec tires, hard saddlebags with 18 litres of storage, and keyless ignition. The Limited and Dark Horse models are even further enhanced with a six-axis Bosch IMU. This allows the bike’s onboard computer systems to manage cornering-sensitive ABS and traction control systems. There’s also a Drag Torque Control, helping to keep everything stable in the event of a bad downshift.