Proclaiming the FTR Carbon, “As close as you can get to the three-time championship winning FTR 750”, a release date of May 1st is announced at the end of the 12 second video. The shot of the new model’s tank clearly shows a carbon fiber weave underneath the graphics and “Indian” logo.

Indian Motorcycle was founded in 1897 as a bicycle manufacturer, and built their first production motorcycle in 1901. The company went out of business after World War II, with several companies acquiring the rights to the name and attempting to resurrect the brand throughout the ensuing years, until Polaris Industries took over in 2011. The result is the current lineup of models, including the FTR 1200, on which the FTR Carbon is presumably based. 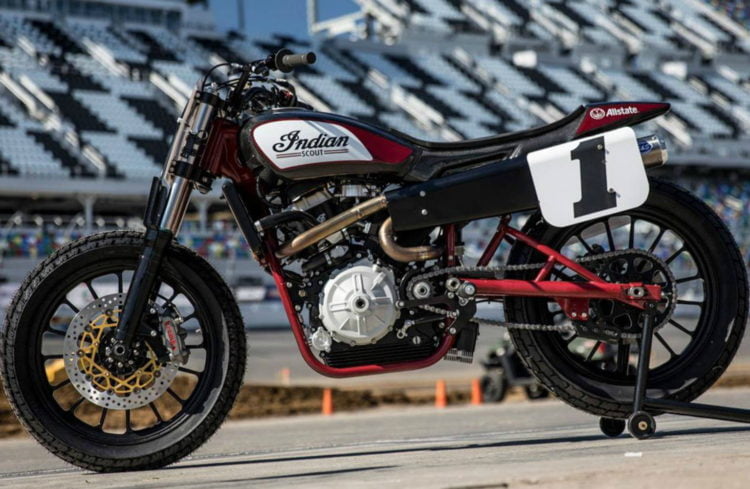 The Indian Scout FTR 750, upon which the FTR 1200 and FTR Carbon is inspired. Photo credit: Digitaltrends.com

The FTR 750 referenced in the video is a competition-only flat track race bike that competes against motorcycles from such manufacturers as Harley-Davidson and Yamaha in American Flat Track (AFT) Supertwins competition. The FTR 750 has won the championship every year since 2017, and was already the inspiration for the production FTR 1200, which was released in 2019.

The finer details of the FTR Carbon are currently unknown. The FTR lineup currently consists of the “base” FTR 1200, the new for 2020 FTR Rally, and the FTR 1200 S, which features upgraded suspension and electronics.

Stay tuned for full details once the model is revealed on May 1st.