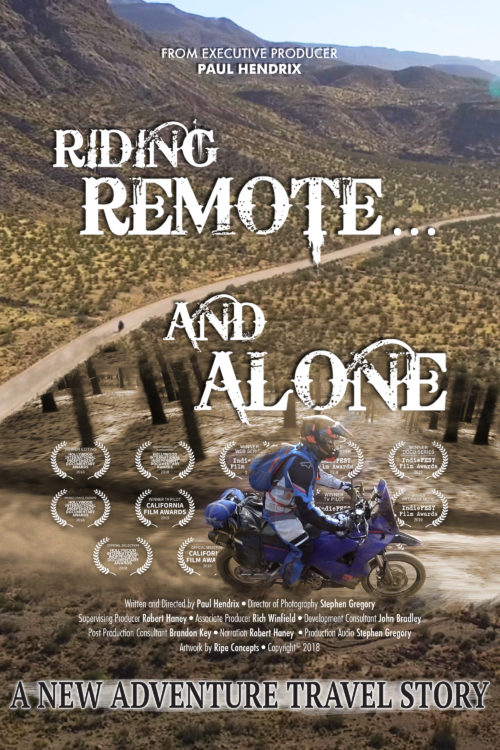 Paul Hendrix wrote on the forum …

This project started out very much like every Advrider’s lone mini video camera ride report with a selfie stick. To jumping the many hoops of securing proper film permits, insurances and legal clearances to where it entertains on the big screen today.

All proceeds for this screening goes to the film festival for organization of the event and the theater projection costs.

My personal gain for this screening is to learn the craft of entertaining an adventuring motorcycle enthusiast audience, hopefully garner festival recognition. And to draw attention to the entertainment industry to consider adventure travel riding as worthy content.

This is a new edit of this show and utilizes a high technology digital cinema encoding that looks and sounds great in the theater. An earlier cut of my show screened in May for another festival and out of 160 festival films we won for best documentary/ audience award. So it won’t disappoint.

For those of us not in Los Angeles, Paul says he is working on a streaming distribution deal.