There is nothing wrong, as such, with products made in China. But you do need to keep your eyes on the process, and the input. Some years ago I was sitting next to David Robb, BMW Motorrad’s Chief Designer from 1993 to 2012. During the course of the evening’s conversation, I asked him how BMW could – I believe I used the words “get away with” – having engines built in China.

“It’s simple,” he replied in more or less these words: “You check the incoming material, you watch the build and you check the final product. We have German engineers in the Loncin factory doing that every day.”

I can back him up; I had a BMW G 650 XCountry for a while and rode it halfway around Australia. Its Loncin-built engine looked good and never missed a beat. 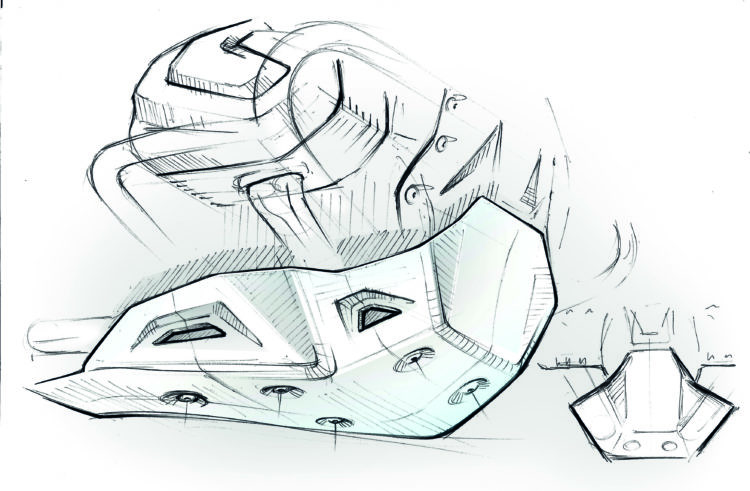 Initial design sketch, ready to be turned into a computer image.

Neither is there anything wrong, as such, with mass manufacturing. We can all vouch for that because the vast bulk of the things we use every day – like the computer on which I’m typing this – are mass-made. Large-scale manufacturing makes sense for almost all of these things… but not quite all. Stay with me for a little while here. 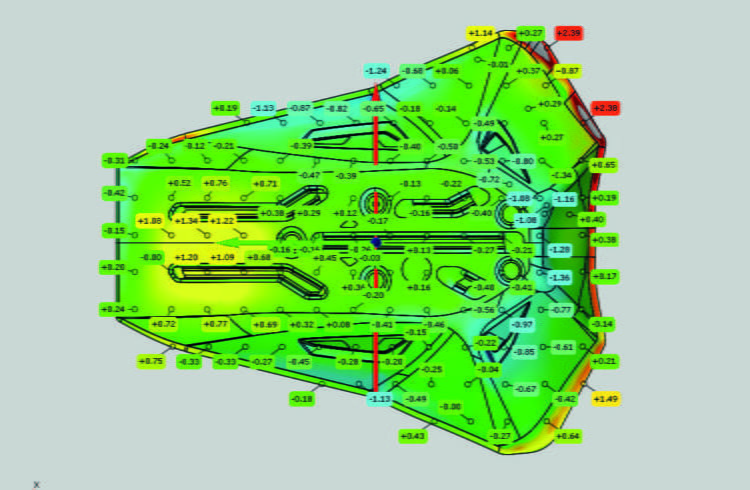 CAD image of stress distribution in the bash plate.

In 2018, BMW Motorrad made more than 51,000 of the R 1200/1250 GS and GS Adventure range, its best-sellers. That’s small potatoes when you compare it to, say, the VW Golf with production around a million annually, but still. You can’t have craftsmen hand-forging the parts. So BMW stamps them out in a giant factory. I’m not suggesting for a moment that BMW would use inferior parts just because they need a lot of them, but those parts would be made to a price because the entire bike needs to be made to a price.

The hydroforming unit with the die in place.

Inevitably, some buyers out there will want, say, an engine protection – “bash” – plate that isn’t made to a price, but to a quality standard – a higher one. Once again, I’m certainly not saying that BMW makes poor products that don’t meet its own standards, but you can always make something better. 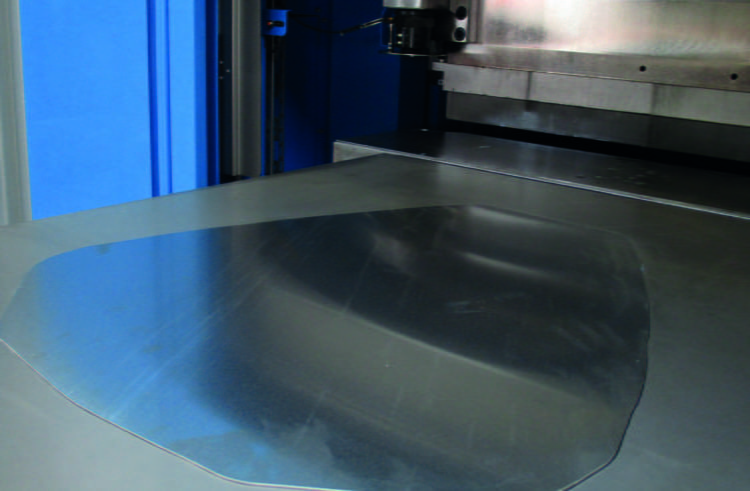 The metal blank is positioned above the die.

The trouble is that not all of the 51,000 bike buyers will want that better bash plate. There might be 500 who want one and are prepared to pay for it. Inevitably, the plate will be relatively expensive: partly because a part made in a production run of 500 will cost more than one made 51,000 times. You can’t even use the same process. Wunderlich, for example, the German firm that makes “proper components (Anständige Komponenten) to complete your BMW”, uses hydroforming to make its high-quality bash plates after a CAD process; see the photos for an indication of how this works. 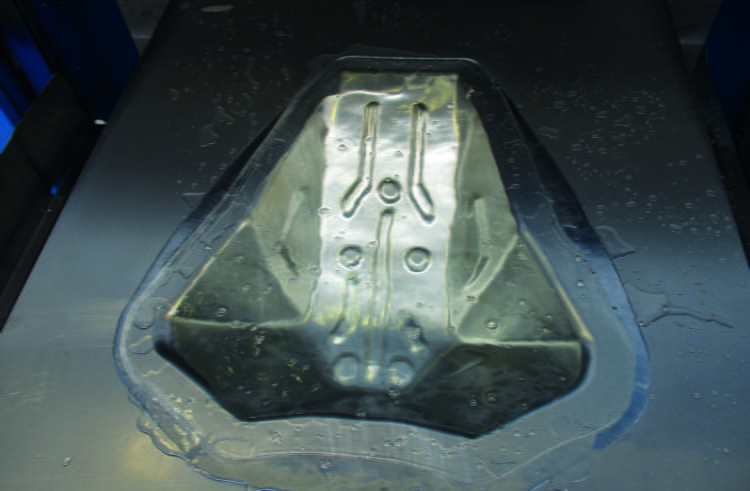 After the water has done its work, the shaped engine cover is ready for finishing.

What it amounts to is that Wunderlich’s products are designed using the latest technology and then made by craftsmen in small batches. If you have the appropriate technology, this is probably the best way to make anything mechanical. You get personal, skilled attention for each part, and the advantage of experience with it. Wunderlich has the technology, and the craftsmen to apply it.

“We stand for the very best engineering, workmanship and consistently high quality,” says Wunderlich’s Arno Gabel, “and for everything that is incorporated in the Made in Germany standard.

“Wunderlich manufactures its own components or uses local experts. They are then submitted for either type approval (ABE), an EC General Operating License, or a TÜV seal of approval. As one of the leading companies in the motorcycle industry, Wunderlich has been certified to the DIN EN ISO 9001 standard since the start of the Noughties.” 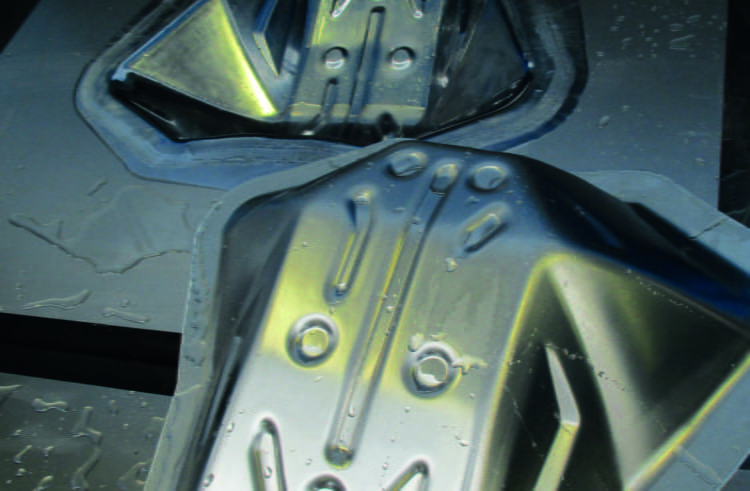 This is how the bash plate comes out of the die.

No question of quality or certification, then, and a guarantee that human hands have been involved in production. I hope you find the photos interesting; I have enough faith in Wunderlich to use their products in a new build I’m starting in February: a BMW F 750 GS. I’ll report on it as I go.