Every now and then I hear someone say that what the country (whatever country I happen to be in) needs is a dictatorship to sort out the lefties / rightists / bleeding heart liberals / gun-toting rednecks (add your own preferred enemies). Well, here’s what happens when you really do have a dictatorship – albeit by another name. 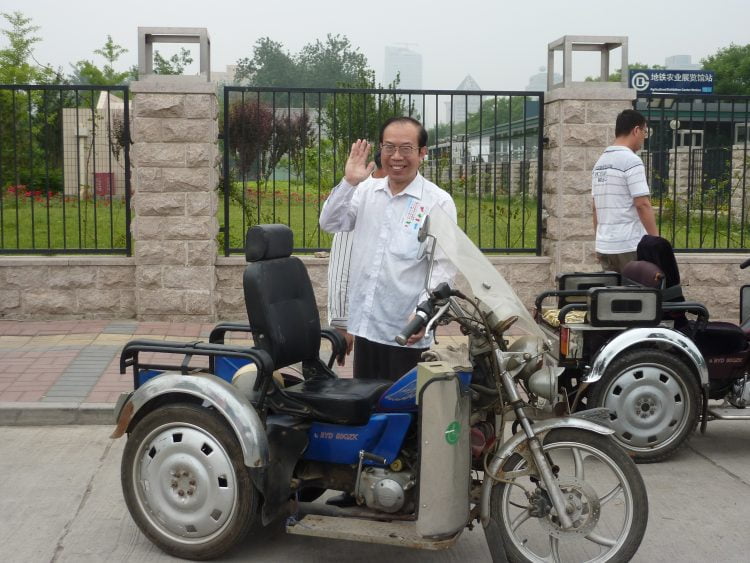 China’s domestic motorcycle sales reached the all-time record of 26.9 million sales in 2014. In the following year, the Chinese Government took the dramatic and almost unbelievable decision to ban motorcycles in urban centres, causing the industry to experience the steepest decline ever reported in the motorcycle industry world, at least as far as I know. In 2016, the market fell more than 10 million to end up at 16.8 million.

The government explained that the decision was aimed to cut down urban pollution, imploring people to use public transportation. The justification behind this was that most Chinese motorcycles are two strokes, and these have much higher exhaust emissions than four stroke powered motorcycles.

The initial consequence of banning this more or less traditional mode of transport (mainly consisting of scooters) was a boom for the e-bike (moped or electric bike) industry, leading up to a record of 30 million annual sales. That didn’t go entirely well; the increased use of e-bikes has some pronounced drawbacks in China. A walk through a Chinese city with a high population of e-bikes reveals these problems clearly: electric bicycles zipping around in every direction, dominating the bike lanes, taking over the sidewalks, just about running down pedestrians, and weaving in and out of traffic often with little heed to road rules or personal safety. 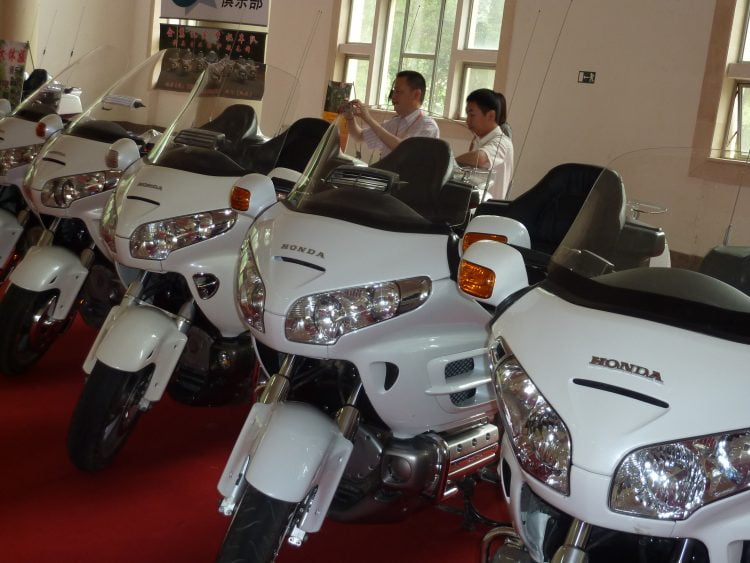 Once there was a Goldwing club in Beijing. Wonder what they’re doing now?

As a result, more than a dozen major metropolitan areas, including Beijing, Shanghai, Guangzhou, Xiamen, and Shenzhen, have restricted or outright banned e-bike usage for safety reasons. Simple enforcement of the road rules by police doesn’t seem to have crossed anyone’s mind. China is different.

So we have motorcycles and scooters banned because they pollute (or some of them do, the two-strokes) and e-bikes banned because they are not safe. Oddly enough, both of these bans hit only ordinary people. Harley-Davidson owners may disagree and see themselves as somewhat above ordinary, but there aren’t many of them yet in the People’s Republic. 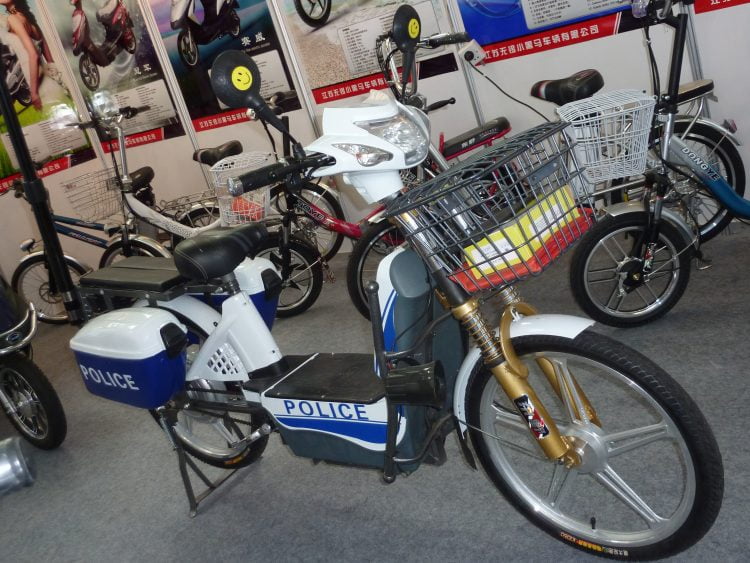 Quis custodiet ipsos custodes? Will someone keep police scooters off the road?

This whole process seemed odd to me, so I asked my translator about it at a motorcycle conference in Beijing. He looked at me pityingly. “All the two-wheelers get in the way of cars. It is annoying,” he said. “And the annoyed people being driven around in the cars are the ones who make the rules.”

Still think a dictatorship is a good idea?

Despite all this, the Chinese market is still one of the largest in the world after being overtaken in 2016 by India and now sits in second place with a growing gap behind the leader but still ahead of Indonesia and Vietnam. The market recovered in the 2019 ending the year with 16.4 million units (including two-wheeler and commercial tricycles), up 5% from the previous year. Following years of decline, the traditional combustion segment is growing while the electric scooter segment, the largest in the world, continues to ease. 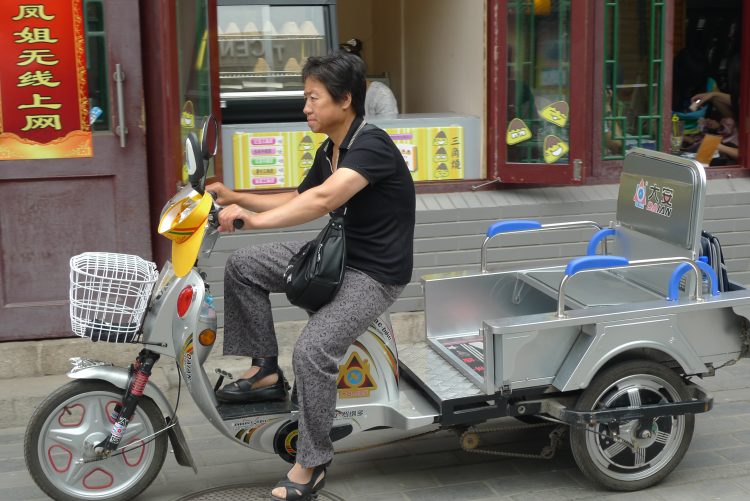 Would you use public transport if you could catch a moto-rickshaw with your shopping?

China currently represents 24.9% of global motorcycle and scooter sales. The momentum of Chinese economic growth remains weak, although the recently signed trade agreement with the US will help growth to recover. Meanwhile, mounting economic uncertainty is postponing investment plans. The Chinese motorcycles market is no longer the locomotive of the global industry after bottoming out in 2018, when the market landed at 15.5 million units, more than 7 million below the global leader, India.