One of the biggest “what ifs” people have when they think about long-distance motorcycle trips is injuries on the road. It’s a valid concern, and I’m sure horror stories abound, especially now during the COVID-19 pandemic. However, the actual events are usually a lot less scary than the thought of “what if”, because once the accident happens, you get into a problem-solving mode instead of fear or anxiety mode.

Still, what it’s like to experience injuries on the road while you’re traveling?

Within a fairly short period between the end of 2019 and the beginning of 2020, I managed to land head first and get myself a concussion – twice. The first time was in Transylvania last summer, training to jump, where a sudden and involuntary flight over the bars of a Yamaha WR250 left me with a sprained right hand and a mild concussion. To top it off, I had no time to relax and rest back then – I needed to ride my bike to Poland and get on a flight to Ecuador for my first-ever women’s bike tour, so there simply was no time to stay still and recover. The first few days in the saddle weren’t exactly fun but, because the concussion was mild, I made it to Poland just fine, and by the time I got to Quito, I’d already forgotten all about it. 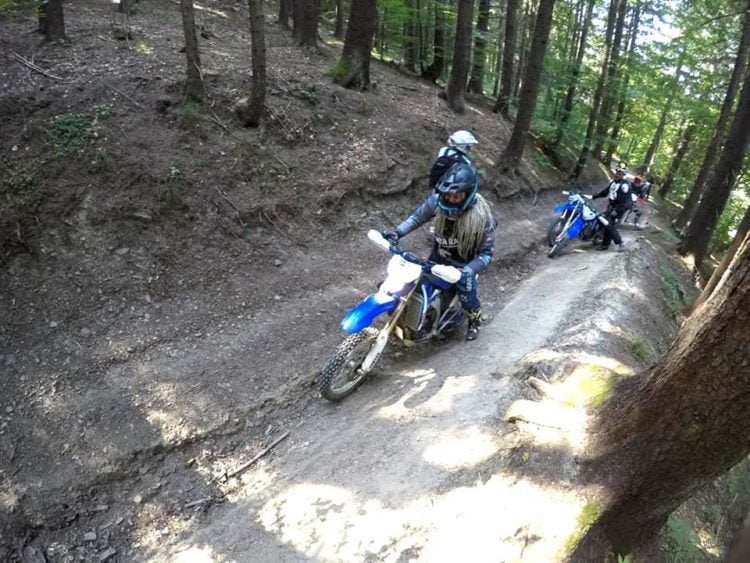 The second concussion happened while riding a forest trail in Ecuador, an unfortunate flight off a steep bank, again landing head-first (have I already mentioned how grateful I am to have had my Klim Krios Pro helmet and Leatt neck brace in both instances?). This time, the concussion was severe, so much so that the doctors at the hospital first thought I had a spine injury (vertigo, dizziness, and weakness were crazy for the first week). A CT scan revealed no such thing, however, and I was sent home with some anti-vertigo meds and a warning not to touch a bike for at least two weeks; this time, I complied, because for the first few days, simply moving around was a challenge. I’d never felt so weak and dizzy before. The symptoms went away by the end of week two, however.

In March, I entered Hispania Rally where I finally found the joy of not only keeping up with the pack but overtaking folks, too, and where I got a taste of what it’s like to be in flow during a rally. Unfortunately, I also got a taste of what it’s like to come into a corner of a riverbed too hot, fly right into a pile of rocks, and smash your leg on a sharp boulder, the bike landing on top of you. The searing pain was so bad at impact I was sure I’d broken the leg; I couldn’t even move it, let alone stand up, so I just lay there for a few minutes contemplating my life choices leading up to this moment. However, little by little, I started wiggling the leg, another competitor helped lift the bike off me, and although I couldn’t put full weight on it, I managed to finish the stage – and the rally – by simply shifting the weight onto the right leg and footpeg more. It did hurt, and I do have a weird, deep dent in my left thigh now, but the leg is fully functional and the muscle will eventually recover. 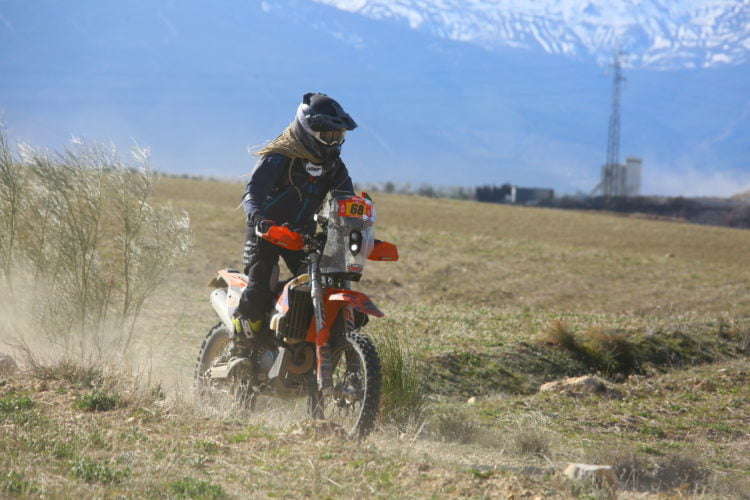 So there you have it: three crashes in three different countries in under a year. And this was just last year; I have also survived dengue fever twice, crashed both off-road and on tarmac while riding Bolivia and Peru, crashed multiple times during the Hellas Rally spraining my clutch hand badly, and gotten into a traffic accident in Colombia – and I’m still around.

Luck? Sure; but, let’s face it, these things may very well happen while you’re riding your local trails or roads, too. And the actual event is typically much, much less scary than the unknown “what if?”. As long as you have your travel insurance – something like World Nomads – and, if you’re racing, your racing insurance, as long as you ride conservatively when you’re completely alone, and as long as you get plenty of rest, don’t ride in the dark, and make sure your bike’s in a good shape, you should be more than fine. Yes, the fact that an accident may happen abroad may seem a little intimidating, but the reality is, most countries around the world have pretty decent and developed medical services, and if you’re carrying your satellite tracker device, you’re more or less covered.

Have you crashed while on the road, and how did you cope with it? Let me know in the comments below.