We’ve known for quite some time that Harley-Davidson is teaming with China’s Qianjiang Group (Benelli’s parent company) to develop a small displacement motorcycle.  The idea would allow Harley to gain a foothold in China and other Asian markets.

Up until now, we’ve seen renderings and grainy images of what Harley’s Chinese built machine could look like.  However, a recent filing with China’s National Intellectual Property Administration gives us a better look at the Harley-Davidson branded small-displacement engine and chassis.

The images come from a Quinjiang intellectual property filing for its QJ350 model.  The application has photographs in place of hand-drawn illustrations.  As a result, we now know that the new Harley will essentially be a QJ350, but potentially with some different bodywork/components.

The intellectual property filing photos show that the pictured machine is actually a combination of three bike brands.  The images show components of the bike with branding from Qianjiang, Benelli, and Harley-Davidson. 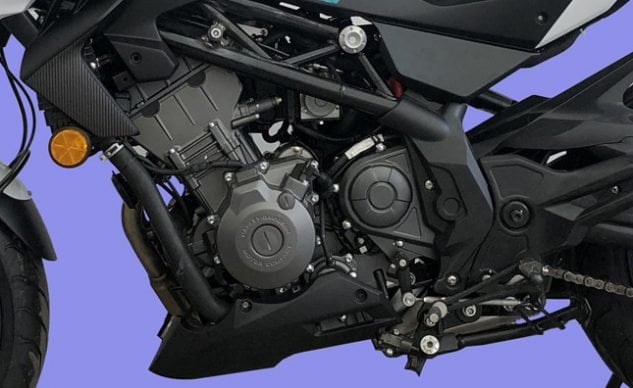 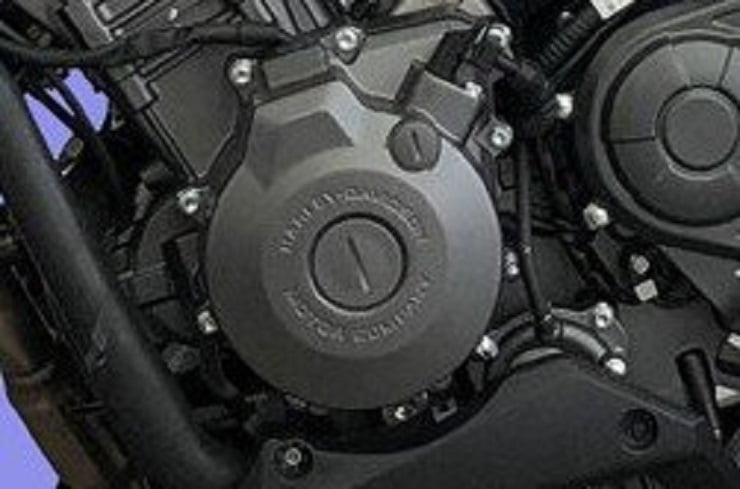 This close-up shows the Harley-Davidson branding on the engine’s case.

Without too much more effort, we can also see QJ branding on the bodywork as well as a rear fender sporting the Benelli logo.  While submitting photos with different branding may feel a bit sloppy, it could also be that Qianjiang wants to affirmatively show that the bike will be branded with three different company’s names. 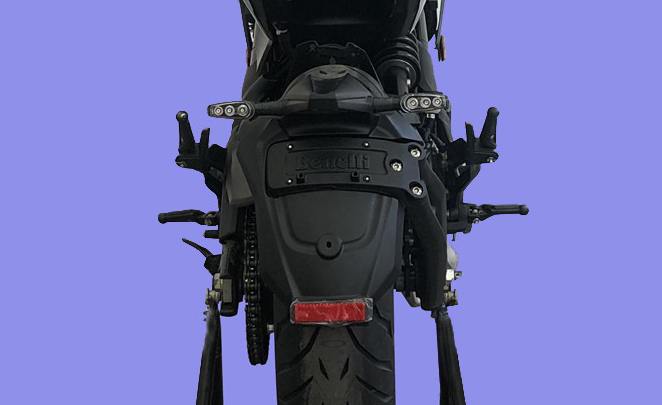 A Benelli branded rear fender appears in the filing as well.

Motorcycle.com says that the QJ350 will likely be the first bike to emerge, followed by the Benelli version.  But it’s not clear whether the Harley-Davidson branded version will continue.  New Harley CEO Jochen Zeitz did not elaborate on the progress of its partnership with Qianjiang during HD’s second-quarter investor conference.  Zeitz has already gone on record, stating that the company’s “Rewire” plan will concentrate on the brand’s core bikes.  As a new model, the small displacement Harley is not one of those core machines.  We’ll have to wait to know whether that means the Harley version is axed or merely delayed.