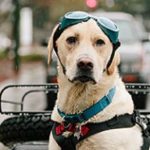 I admit that when Harley announced the LiveWire, I shrugged. My impression is there’s a Harley aesthetic and this doesn’t fit the look. I thought the Harley V-Rod was one of the most beautiful motorcycles I had ever seen, but by Harley standards it didn’t sell well. I blamed the look. 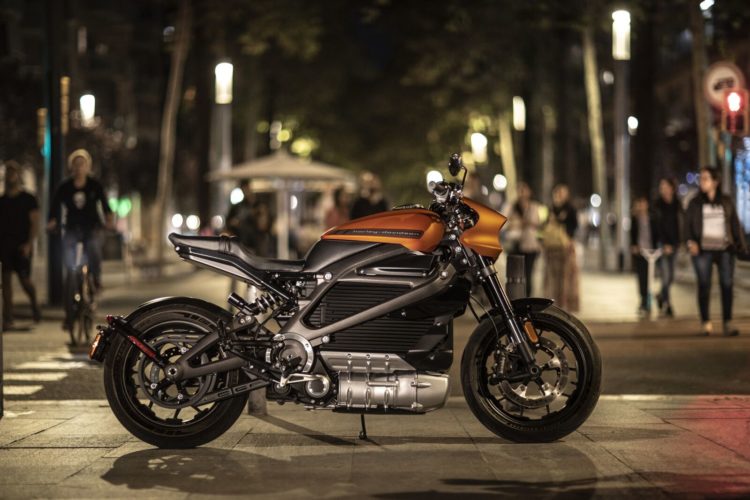 Harley provided this beautiful photo, but I couldn’t imagine most Harley riders on this bike. And what about Harley’s famous rumble?

What about the Tesla-like startups that were founded as electric from the start? Isn’t Tesla beating traditional car companies?

Joe Gustafson, PR Lead for Harley-Davidson, comes with experience from the writing side of the motorcycle industry. But now the tables were turned: I was doing the writing. I’ve never owned a Harley but damn I like to look at them: 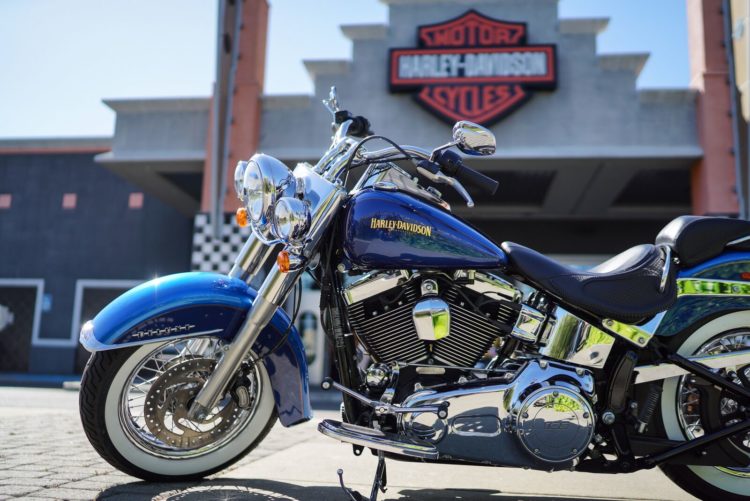 So much chrome and attitude. Thank God motorcycles haven’t become boring like most cars.

Poor Joe was having trouble getting me to the LiveWire because I had a zillion questions about traditional Harleys and he knows everything about them. That satin chrome and polished aluminum… Oh my God. 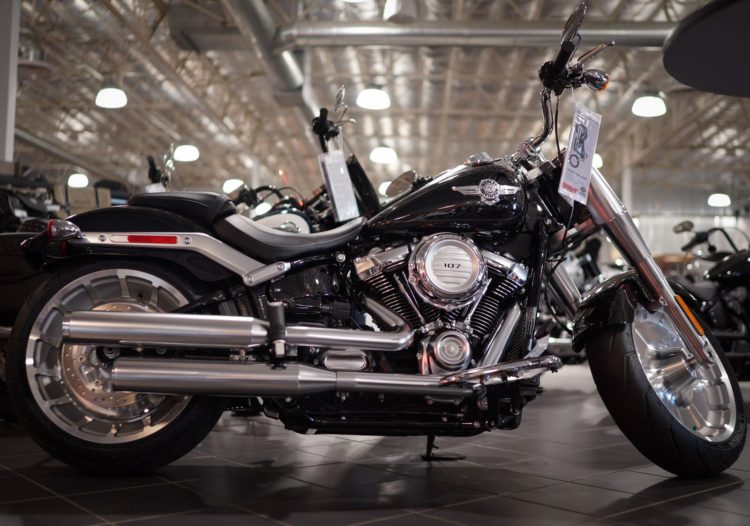 Joe (center) and Harley engineer Josh Richardson (left) had two LiveWires in stealth mode behind the dealership: one we could sit on and the other in components to inspect.

My first impression was nothing like I got from the photos. I thought it was going to be plasticy and wouldn’t give full view to the inner workings. In person, the finishes are beautiful. 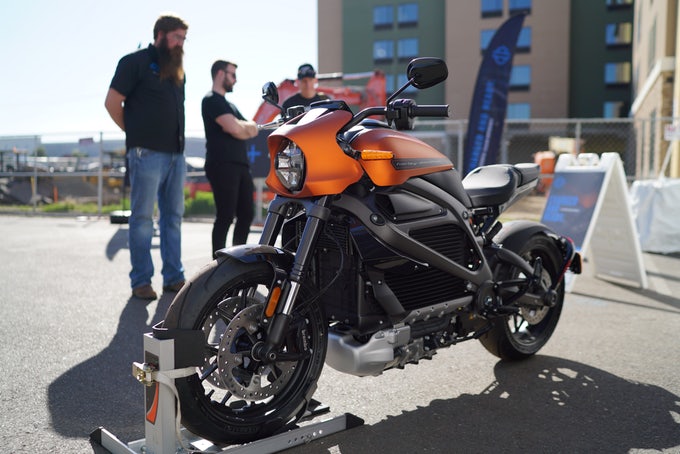 Vilen, at 5’7”, fit perfectly and so did I at 6’4”. No problems reaching controls or feeling cramped.

It’s just…so weird to to have no clutch handle or gearshift. It’s gonna take a few rides to lose a lifetime of muscle memory. I test rode a Zero last week and quickly discovered I won’t miss shifting like I do with cars. 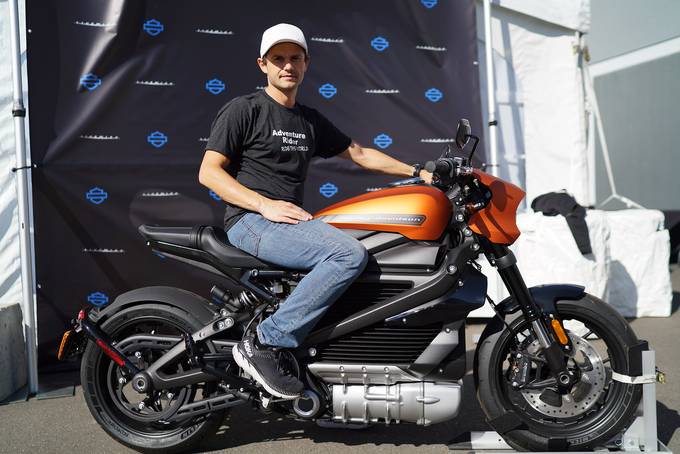 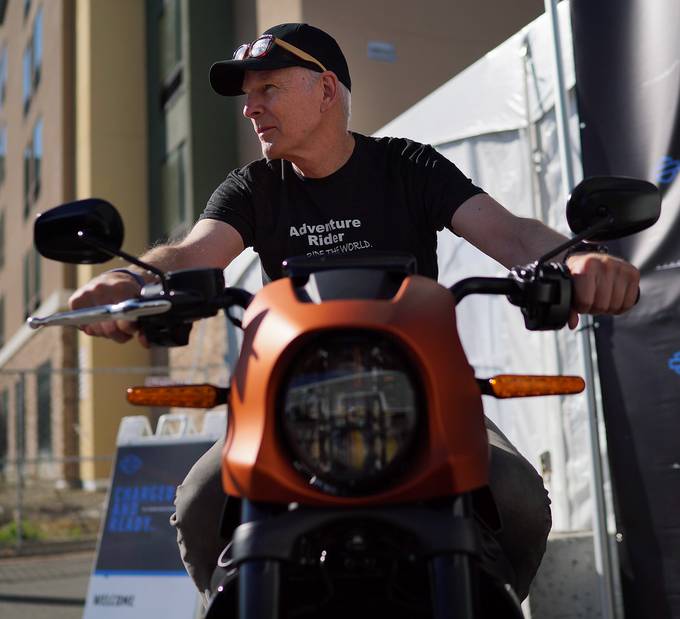 Vilen is a designer so he drooled over the beautiful satin paint and the graceful shapes of the cast aluminum frame.

Two options for charging: (1) the SAE Combo CCS connector on the tank — the same as electric cars (except Teslas). If you just charge to 80%, the zone in which the battery charges fastest, you get 190 miles per hour of charging.

(2) There’s a Level 1 charger under the seat to charge from home on a standard household outlet. 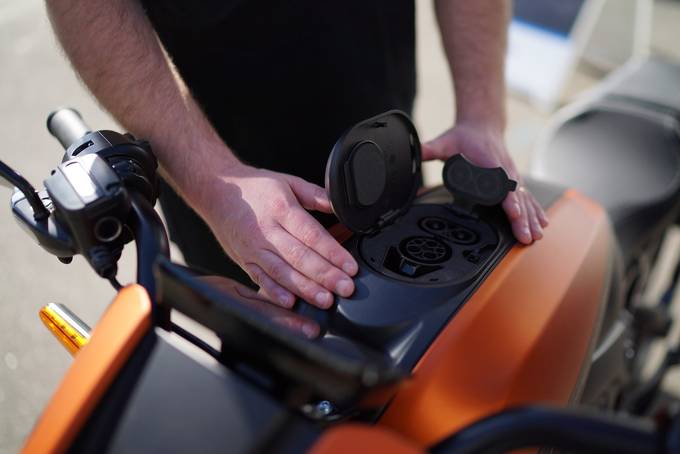 The tank, btw, is a shell to house the vehicle electronics and on-board charger. Curiously, they referred to the LiveWire as high voltage but wouldn’t say what that means. 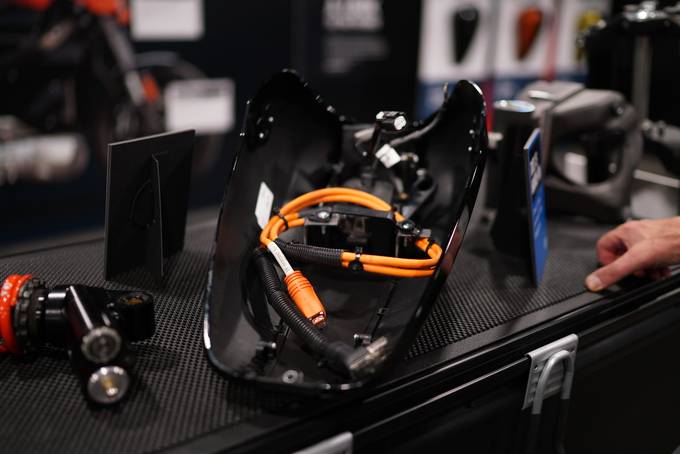 The wiring harnesses are sealed and made by a third party. The orange color is an industry standard for high voltage lines, not an attempt to match the tank color. 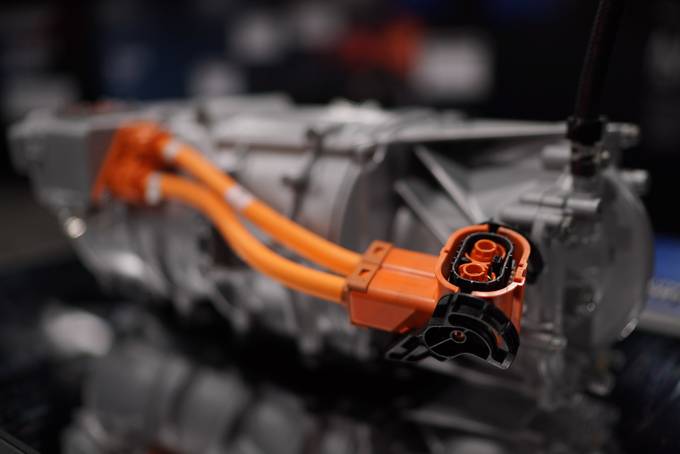 Joe and Josh take a huge semi trailer to the dealers with moveable walls to make it wide.  It’s part of a nationwide preview tour to Harley-Davidson LiveWire dealers. It lets dealers play with all the components, like the ginormous battery.

Curiously, they won’t say how much the LiveWire weighs until launch. Sitting on it, I guessed 525. Looking at that battery, I guessed 575. What do you think?

It’s funny, the battery looks like a straight four-cylinder engine with a valve cover. It’s actually shaped like that to make it narrower on top to fit the lines of the bike.

Strange to say for a guy who doesn’t like loud pipes, the audio tone means a lot to me and I bet it does to most riders. When a Tesla whooshes by with only tire noise, I miss a subdued but throaty rumble.

Harley to the rescue. It just wouldn’t be right to transition from throaty v-twin sound to silence. According to Josh, they spent a lot of time configuring the gearset in the front of the motor so it produces a sexy (to my ears) sound of an electric turbine. I love it. 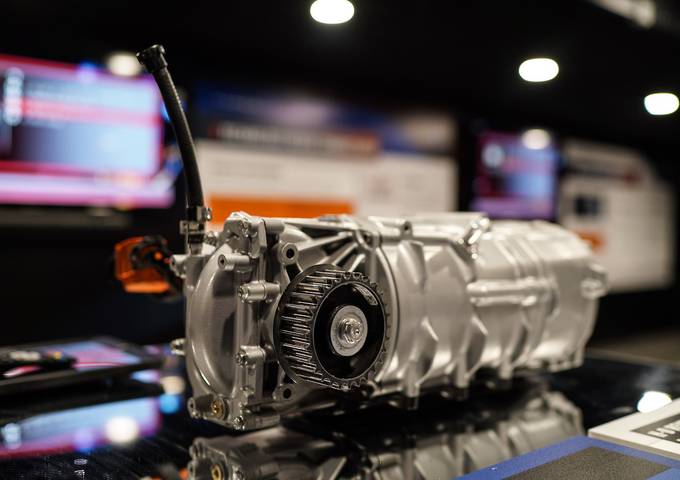 There are a lot of beautiful touches, like the way the lights are attached rigidly to the swingarm. I could have stared at the finishing touches for hours, but we only had one. In person you can really see how finely crafted it is. 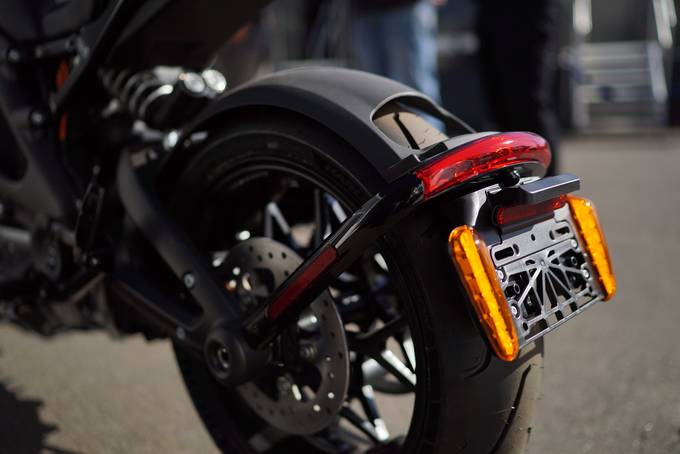 Honestly, despite the beautiful satin paint, would I go orange? Don’t you think this silver & black with red highlight is more sexy? I do. 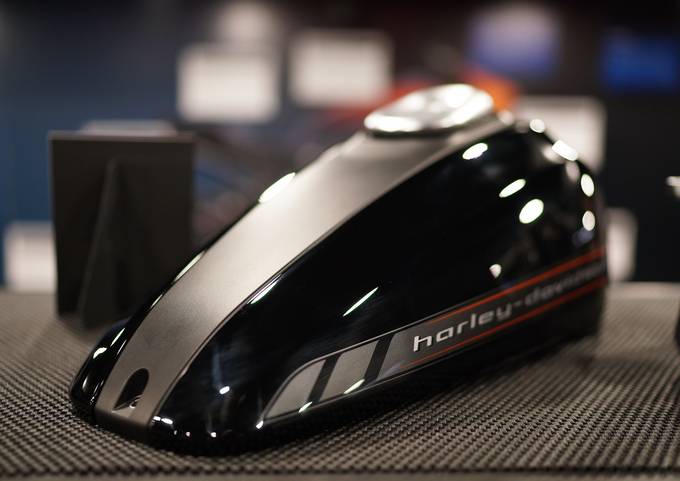 Now for the big Q: would I buy one? Hmmm. I’m an adventure guy who loves both on and off road riding. I have a Ural at home for the dog and grandkids. But sometimes I fly to cities and rent a street bike, and I sure as Hell would rent one of these.

The price, at $29,799, is going to make a lot of riders think twice. The dealers say they’re getting good pre-orders, whatever that means. I live in Silicon Valley and I can think of quite a few Tesla-driving people who, if they wanted a new electric motorcycle, would want a LiveWire.

@Baldy and Vilen are continuing to update this story and publish new photos on Baldy’s awesome new site Cake.co. Go check it out and continue reading.