The largest city in western Massachusetts is fed up with people illegally riding dirt bikes on city streets.  So the city of Springfield is taking a controversial approach to solving the problem.

Springfield’s approach was prompted by a recent event.  The Springfield Police were trying to arrest an individual who was allegedly riding a dirt bike on city streets.

According to police, the dirt bike rider allegedly threw a chunk of concrete at the head of an officer.  Also, a patrol car’s window was smashed with a brick. 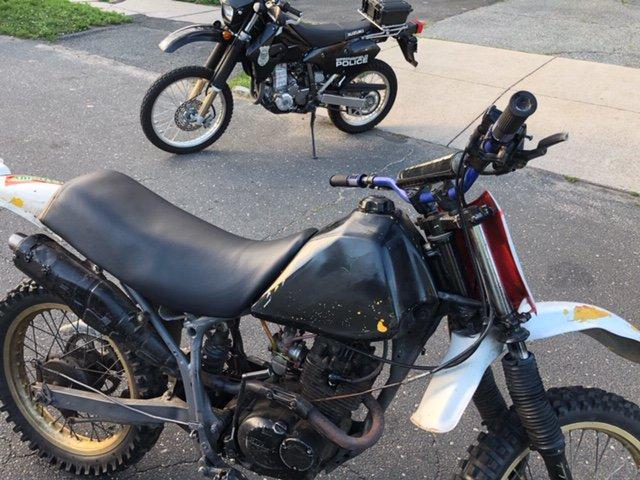 Now, the Springfield City Council has petitioned the state legislature to allow police to seek court-ordered forfeiture of the seized dirt bikes at the first offense.  Forfeiture would occur if the person operating the dirt bike were driving dangerously, exceeding noise limits, or storing the vehicle inside a residence.

Presently, the city of Springfield has seized about 40 dirt bikes.  According to Springfield Police Department spokesman Ryan Walsh,

” Right now they are just sitting there in a storage bin, so crushing them would be an option to get rid of them,” said Walsh.  ” If you resell them a lot could end up getting back in the wrong hands again.”

Is confiscation the answer?

Clearly, operating dirt bikes on city streets in a reckless manner must be addressed.  Dirt bikes weaving in and out of traffic and riding recklessly on city streets shouldn’t be tolerated.  According to reports, three persons have died in dirt bike crashes in Springfield.

But is confiscating and/or destroying someone’s personal property the answer?  Even for a first offense?  Are the proposed fines excessive considering the crime and Massachusett’s current motor vehicle fines?

What do you think?  Tell us in the comments below.