Yes, it’s apparently true. Jaguar is the assignee for several patent applications for a high technology electric motorcycle. Many may not know that Jaguar Cars got its start as the Swallow Sidecar and Coachbuilding Company. Back then, they built motorcycle sidecars and coach bodies. As time went on, the company ultimately grew into Jaguar Cars Limited. Through a number of acquisitions by various companies, Jaguar is now formally known as Jaguar Land Rover (JLR) and is owned by Tata Motors. 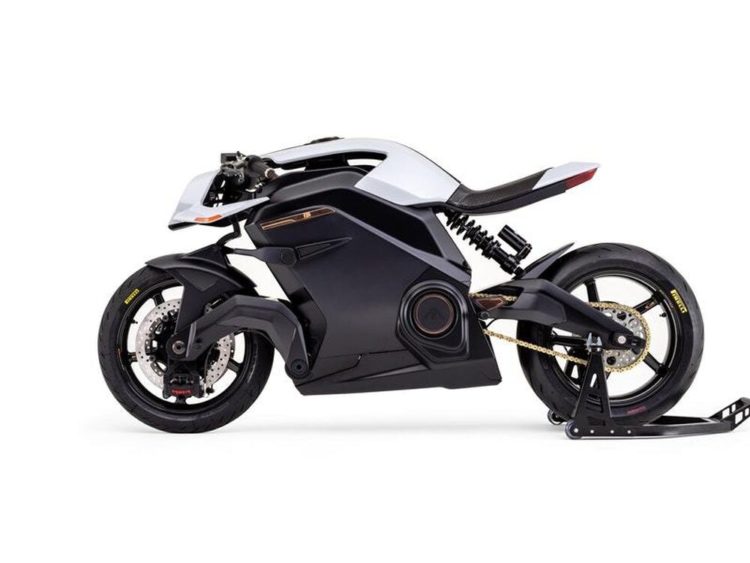 The ARC Vector will enter production in 2020. Photo credit: Express and Star

So how did Jaguar become the assignee for the futuristic electric motorcycle? Well, a startup company called ARC Vehicles designed an electric motorcycle called the ARC Vector. ARC is led by its CEO, Mark Truman. Truman used to run Jaguar Land Rover’s Special Operations and its Whitespace Skunkworks. While there, the idea for the ARC Vector was born.

After Truman left the company, he was able to convince JLR to become a major investor into his new company. With JLR and crowdfunding investors’ money, ARC Vehicles was able to roll out the ARC Vector concept electric motorcycle in November 2018.

Apparently, ARC has progressed far enough to want to patent its JLR funded technology as well as some of ARC’s own intellectual property. Some of the ideas are quite interesting, and if executable, would be firsts in electric motorcycle development.

As if that were not enough, according to a tweet from ARC, the premium electric is heading for production in 2020 limited to 399 bikes.

According to the Express and Star, the production machine is similar to the concept model rolled out at EICMA 2018. The production version will likely feature a heads up display and haptic alert systems that will notify the rider of approaching hazards.

ARC claims a 270-mile range between charges. Its power system uses a total of 960 Samsung 21-700 batteries to store all that energy. Interestingly, ARC is using these particular Samsung batteries for the first time in a motorcycle. Previous uses have been household appliances.

The Vector uses its battery module carbon monocoque to make the battery pack an integral part of the bike’s construction. In addition, a carbon fiber swingarm helps reduce the bike’s overall weight. Finally, a belt will provide the connection between the motor and the drive wheel.