You may not have ever heard of the Roman God Janus.  But he was a pretty well-known guy in ancient Rome.  As the God of beginnings and endings, gates/doorways/passages, transitions,  and time, he must be a seriously busy Roman god.

In fact, he was important enough that ancient Romans paid tribute to him at all religious ceremonies throughout the year.  If you had a religious ceremony, he was owed a tribute.  As such an important guy, he probably rides a chariot to all those ceremonies, but that may be changing.

Paying tribute to a Roman God

Although ancient Rome is a distant memory (I said ancient Rome, not current day Rome you guys) some people are still paying tribute to Janus.  People like Devin Biek and Richard Worsham, co-founders of Janus Motorcycles based in Goshen, Indiana.  Starting as restorers and modifiers of mopeds and gaining nationally known status, Devin and Richard wanted to do more.

Loving small displacement, lightweight machines, they decided to build simple, hand made classic motorcycles.  Starting with 50 cc displacement two strokes, they literally learned how to manufacture motorcycles.  Now they have a line of 229 cc four-stroke bikes that have an unmistakeably classic feel. 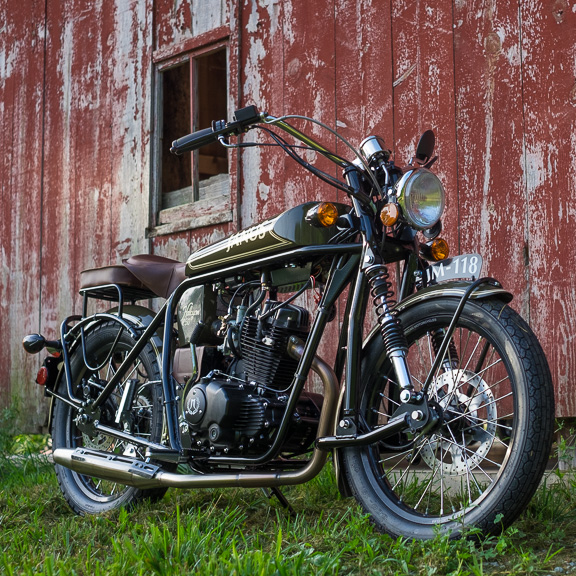 The Janus line is comprised of three different handbuilt models; the Halcyon 250, the Gryffin 250 and the Phoenix 250.  Each has its own classic/vintage motorcycle disposition.  The Halcyon is the quintessential vintage bike with long lines and the look of a bike manufactured in the 20s – 30s.  A bike that may have been a toy of the well to do.  Next is the Gryffin.  Its design pays tribute to early scramblers with knobby tires, spoked wheels, and a high rise exhaust.  Finally, there’s the Phoenix which is Janus’ interpretation of the lightweight and agile cafe racers of the mid-1900s.  It’s a stripped example of what early cafe racers may have done with their machines back in the day. 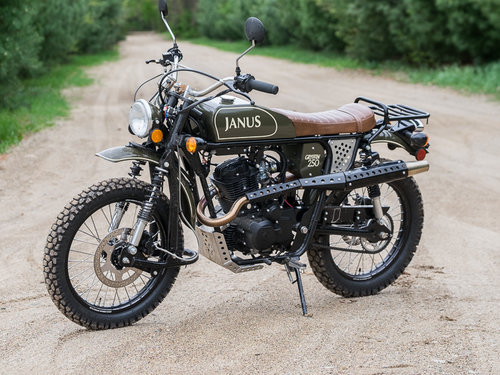 Frankly, I’m not much of a vintage bike guy.  But the Janus bikes have kindled a very small flame that makes me think that maybe vintage is pretty cool.  So if somewhere inside you, you have at least an inkling of excitement for vintage looking, lightweight small displacement bikes, you should check out Janus’ machines. 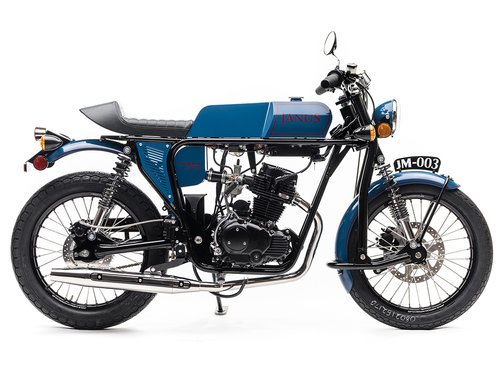 I won’t put the details/specs of the machines in this article, it’s too easy for you just to click on over to Janus’s website.  I will say one thing.  If you end up with a Janus bike, you’ll likely be the only kid on your block to have one.  And you and Janus can then do weekend rides together.  He’s probably already given up the chariot.

If there’s interest in the comment section, I’ll write a more in-depth article in the future.