Jawa motorcycles are sold out in until September 2019. The Czech brand was only resurrected about a month ago. That’s an incredible feat for any motorcycle manufacturer.

Mahindra and Mahindra bought the Jawa brand and introduced 3 new models at EICMA.  Deliveries of the Jawa and Jawa 42 will commence in March 2019. The Perak, a bobber type machine, will not be available until the second half of 2019.

Up until now, the Jawa and Jawa 42 could be booked online or at a dealership. But that has changed. It seems that pre-sale bookings have been so high that Jawa has closed online bookings until September 2019. Pre-sales had been open for only a month. We don’t know what Jawa’s production rates are, but selling out two model lines in such a short period is quite extraordinary.

Deliveries of pre-booked bikes will commence in March 2019. Customers may still book either the Jawa or Jawa 42 at dealerships, but deliveries for those customers will not take place until after September 2019. 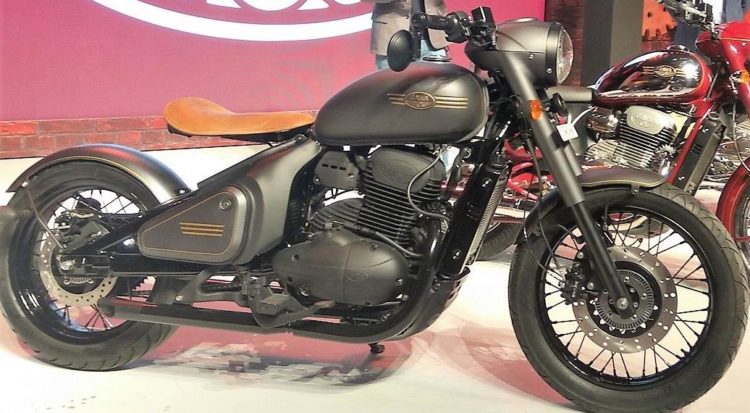 The Jawa Perak will not be available until the second half of 2019.

Anupam Thareja, the co-founder of Classic Legends Pvt. Ltd (the Mahindra subsidiary distributing the Jawa brand in India) was quoted as saying:

Authenticity and honesty have been the hallmark of the brand and that with such a large booking order, Jawa believes it is only fair to announce the waiting period for those with confirmed bookings. The current waiting period for the bikes already extends until September 2019. However, deliveries will commence in March 2019 as per the booking sequence.

To ensure delivered bikes can be purchased/serviced in a timely fashion, Jawa is reportedly planning to have as many as 105 showrooms open in India no later than February 2019.

So if sales are any indication, it seems that Mahindra and Mahindra have initially done a great job resurrecting the Jawa brand.