There has been some sustained argument in another post about the IDP, so I thought I’d clear things up. Does this make me a pedant? I shall submit to your judgement.

Few documents are as universally misunderstood as the International Driving Permit. This simple grey A6 (148 x 105mm) cardboard folder is also required in some places and almost never asked for (Greece, for instance) and not required in others but quite often asked for (many US States). Why is this so? I suspect it’s because Greek cops are cool. Why is it asked for in the US? Because more and more tourists that visit the U.S. carry an international permit, police have become used to seeing the IDP. As a result, driving in the U.S. with just your foreign driver’s license can be problematic. Even though driving solely with your foreign license is technically legal (except in Georgia), the cops might be unable to read it if it is written in a language other than English, which can cause delays or misunderstandings. Which you don’t want.

Here is my IDP, nicely folded! Anything else?

Well, hold your horses. First, note that International Driving Permits according to the 1926 Convention on Motor Traffic are only required in Iraq, Somalia and Brazil, but they are also valid in Liechtenstein and Mexico as well as some other countries. Let us call these IPD1.

The next get-together, the 1949 Geneva Convention on Road Traffic, has been ratified by 101 states. Let us call the documents issued by these countries IDP2. Switzerland signed but did not ratify the Convention. Always got to be different, the Swiss.

There is also a European Agreement supplementing the 1949 Convention on Road Traffic, in addition to the 1949 Protocol on Road Signs and Signals, concluded in Geneva on 16 September 1950.

But inevitably there are states that have ratified the 1926 Convention on Motor Traffic (above) but did not subsequently ratify the 1949 Geneva Convention on Road Traffic e.g. Germany, or the 1968 Vienna Convention on Road Traffic, which we shall call IDP3, namely Argentina, Chile, Egypt, Spain, India, Ireland, Iceland, Lebanese Republic, United Kingdom of Great Britain and Northern Ireland, Sri Lanka, Syria, Thailand and the Vatican City State (eventually via the Holy See as contract party).

What, I hear you ask, on Earth does that mean, Bear?

It means that Germany, for example, accepts only IDP3. France accepts IDPs 1, 2 and 3. Greece accepts 1 and 2; Kyrgyzstan accepts 1 and maybe 2; Papua New Guinea is happy with 2, as is Australia, and the USA is the same. 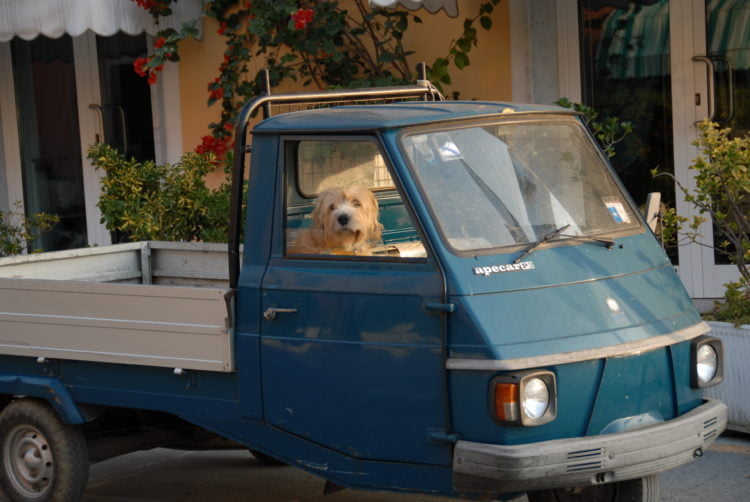 IDP? I don’t even have a dog licence.

Now, forgive me if I stifle a chuckle but it’s not nearly as simple as this. The 1949 Geneva Convention, you see, terminated and replaced the International Convention relative to Motor Traffic and the International Convention relative to Road Traffic signed at Paris on 24 April 1926, and the Convention on the Regulation of Inter-American Automotive Traffic opened for signature at Washington on 15 December 1943, but only for its signatories. This established an Inter-American Driving Permit for driving in participating American countries, and we could, if we were bloody-minded enough, call this the IDP(2)4, but of course it’s been superseded. Nobody takes this many more, but you could always try it on with a U.S. traffic cop.

My most recent IDP from 2016 references, quite correctly, the ‘Convention on International Road Traffic of 19 September, 1949’. That makes it an IDP2 and, fortunately, recognized in the U.S. Whew. But it would not, theoretically, be recognized in Armenia, Azerbaijan, the Bahamas… and many other countries.

Now the crunch question is, of course – do I give a damn? No, I don’t. I’ll just go everywhere with my IDP2. If you hear of me being imprisoned in the Seychelles or Uruguay for documentary irregularities, you will know why.

(Most but not all the facts from Wikipedia, photos The Bear)