The waiting is killing a lot of Kawasaki fans.  What on earth is Kawasaki going to bring to market to replace the venerable KLR 650?  The mechanically simple, “go-anywhere” machine has a huge following.

So what does Kawasaki have up their sleeves to keep these people happy?  We still don’t know.  But motorcycle designer Oberdan Bezzi has some thoughts about what its replacement should be and look like.

Surely KAWASAKI will not want to miss the opportunity to be a protagonist of the market niche that is already looming as the most interesting of recent times, that of off-road motorcycles suitable for every use but with a look and a “flavor” very adventure and specifically Paris Dakar style from the 80s / 90s.

And in that vein, Bezzi has come up with a design of his own that could make those Kawasaki KLR fans very happy.

Bezzi says that his rending is a 700cc twin-cylinder bike mechanically derived from the Versys 650cc bike.  But also, the machine has an advanced chassis that is suitable for demanding off-road riding as well.

Bezzi’s version harkens back to Kawasaki’s KLR 650 Tengai of the 90s, but with a modern twist.  Particularly he tries to bring the Paris-Dakar look of the 90s into today. 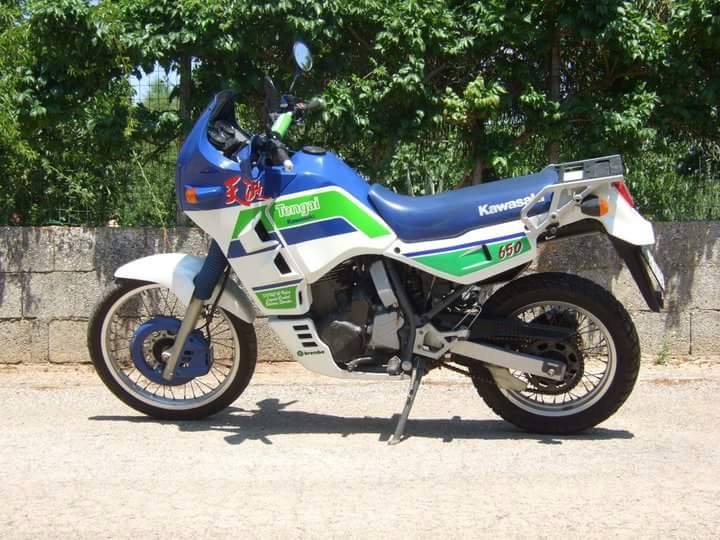 The Tengai (meaning infinite in Japanese) was a robust and unusual machine.  But while it was strong, it was not particularly sporty, especially in light of its somewhat anemic single-cylinder engine.

Bezzi’s Versys based twin-cylinder design would help offset some of the KLR’s weak engine and provide more power and torque.  However, Bezzi is also clear that his bike would not be a competition machine.  Instead, it’s aimed at a younger and more “sporty” crowd.  A bike that can take those people to adventures anywhere there’s a road.