You don’t hear much about sport touring these days—adventure bikes, supposedly aimed at offroading, have in reality displaced the old Gentleman’s Express. The FJR hasn’t had a REAL update in years. Same goes for the Hayabusa, the Concours 14—you get the idea.

So, it’s refreshing to see Kawasaki has taken the time to do some mild updates to its Ninja 1000 sport tourer. It’s not going to make scads of added power, but the changes it does get are just what the bike needs.

Let’s start with the electronics package. The Ninja 1000SX (as Kawasaki calls it now) now has a Bosch IMU, which powers a new set of safety electronics for the Ninja. There’s a new traction control system and a smarter ABS system. Other electronic upgrades include a TFT screen, an up/down quickshifter, cruise control, and four riding modes (Rain, Sport, Road, and a rider-programmable mode). Switching between these modes enables the rider to select varying degrees of engine output, traction control interference, and other electronic safety management. 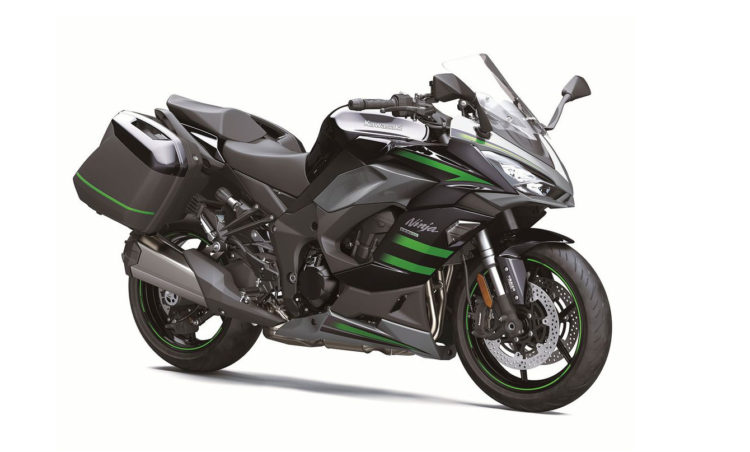 The suspension has some small tweaks for 2020, and the fairing is new. So is the adjustable windscreen and the rear seat, which is supposed to be more comfortable. The Kawasaki Ninja 1000SX also features all-round LED lighting now.

Kawasaki hasn’t mentioned any changes in horsepower for 2020. MSRP is $12,399 in the US. That’s an excellent price, considering what you’re getting, maybe even more attractive than some adventure tourers on the market. Might this bike tempt back the jaded sport touring enthusiast?

Speaking of which, although Kawi seems intent on keeping this as a sport touring model, the OEM hard bags aren’t standard equipment in the US or Canada (they may be in other markets). They’re an optional add-on, at extra expense, in North America.