Kawasaki Heavy Industries is developing a large hybrid drone powered by three ZX10R motorcycle engines and eight electric motors. The program has an ultimate goal of creating a drone able to carry cargo weighing 200kg or more over a distance of 100km. 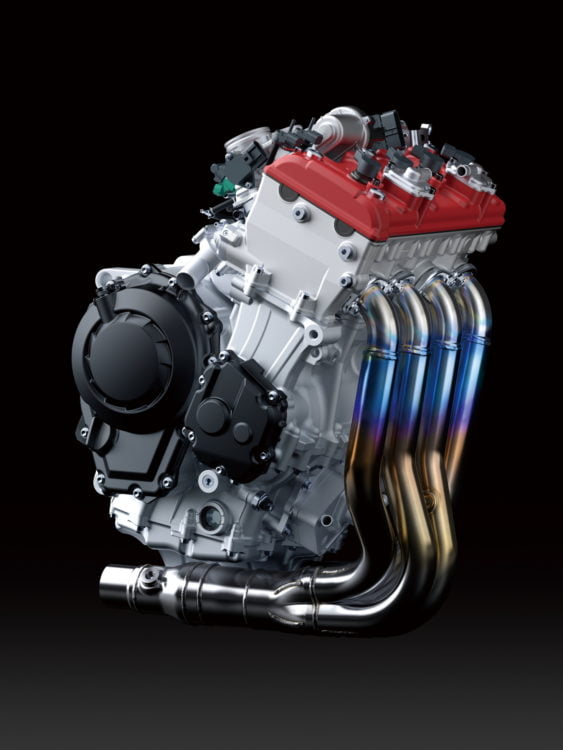 Kawasaki Heavy Industries, the parent company of Kawasaki Heavy Industries Motorcycle & Engine, is known for producing a wide range of products, from ships, heavy equipment, trains, industrial robots, and aircraft. At 7 metres (23 feet) long, 5 metres (16 feet) wide and 2 metres (6.5 feet) tall, the drone they have under development is quite a bit larger than your typical unit currently available to consumers. The size and power of the large drone is designed to fill the gap between conventional small drones and helicopters, for transporting medium-sized cargo medium distances, where doing so with a helicopter is not economical.

The three ZX10R Superbike engines do not drive the eight drone rotors directly, but act as generators to supply a constant stream of power to the eight electric motors, allowing them to sustain high output for an extended period of time. With a stock output of roughly 200 horsepower per engine, it is not known if the engines in the drone are modified in any way. 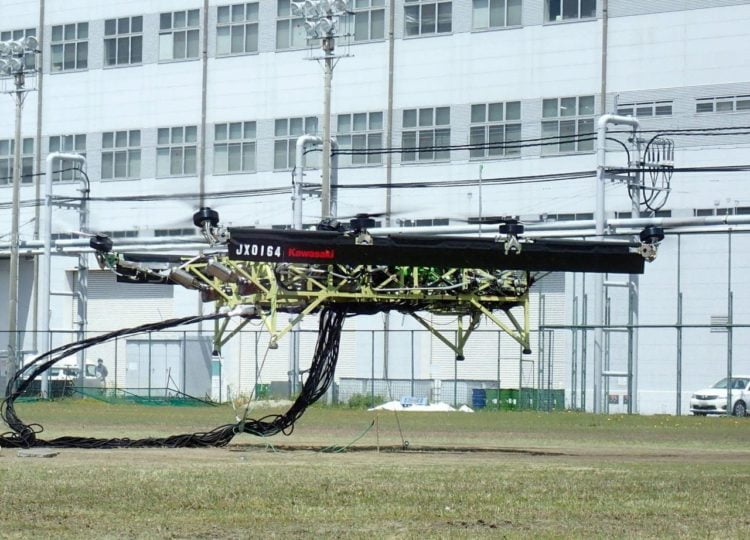 According to young-machine.com, Kawasaki has successfully performed a levitation test (pictured). The Kawasaki-provided photo shows the drone tethered, and two of the three exhaust mufflers for the motorcycle engines can be seen on the left side of the drone.

While this is an example of Kawasaki leveraging its motorcycle division to benefit its aerospace program, the Kawasaki Ninja H2 might be better known to motorcyclists as a case where Kawasaki used its other divisions to develop a motorcycle. In the case of the H2, Kawasaki’s gas turbine division was called upon to aid in development of the supercharger, and their aerospace division was tapped in designing the aerodynamic bodywork.