Big four Japanese motorcycles suppliers Keihin, Showa, and Nissin will become a thing of the past.  Sort of.  In a very significant deal, Honda will take control of the three suppliers and merge them into one company.   In a deal with Hitachi, Honda will then integrate the newly owned companies into a new company named Hitachi Automotive Systems.

If you are not familiar with Keihin, Showa, and Nissin, below is a brief summary of each company’s specialties:

In the motorcycle market, Keihin manufactures carburetors and fuel injection systems and is one of Honda’s major suppliers.  They also supply fuel systems for Triumph, Suzuki, Kawasaki, KTM, Royal Enfield, and Harley-Davidson. 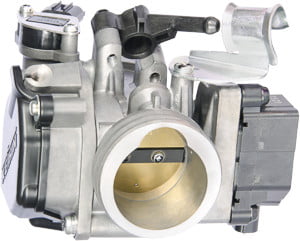 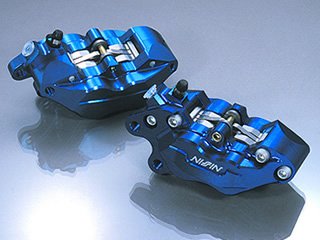 Currently, Honda owns 41 percent of Keihin, 34 percent of Showa, and 35 percent of Nissin Kogyo.  Upon completion of the deal, Honda will hold a 33.4% stake, and Hitachi will own the remaining 66.6% stake.  The new company will have a combined annual revenue of approximately $20B (billion) and a workforce of roughly 75,000 people.

Noriya Kaihara, Managing Officer, Honda Motor Co., Ltd., had this to say about the deal.

We are very pleased and excited to have established a partnership towards the new era. We are confident that by the synergy created by intercrossing the strengths of the three companies that are active as the core of the Honda Group with that of Hitachi Automotive Systems, technological development will further accelerate.

Honda and Hitachi are making to move to combine forces and share costs.  The cost of next-generation technology is massive, and a larger company is enormous.  A larger company with more cash can deal with funding this type of growth.

It will take about a year to integrate the new companies. This timeline anticipates the review and approval of pending anti-trust approval in different markets.  The exact schedule is not yet clear.

Keihin, Showa, and Nissin are retaining their individual brands for now.  But in the not too distant future, those names will become a thing of the past.