But when it came time to talk about KTM’s growth, Pierer offered more than a glimpse of his thinking.  The discussion had moved to how KTM would continue in the present motorcycle market.  Pierer let it be known that he felt the automotive industry often plays a pioneering role in the motorcycle industry.  He specifically mentioned Audi and saw their platform strategy as a role model.  Audi was successful at using a few platforms to build a large range of vehicles.

So when BMW came knocking on KTM’s door to sell Husqvarna, Pierer thought that he could do the same thing with Husqvarna.  He says there were many critics at the time, but he seized upon Audi’s strategy and now produces both brands with engines and chassis that are nearly identical. 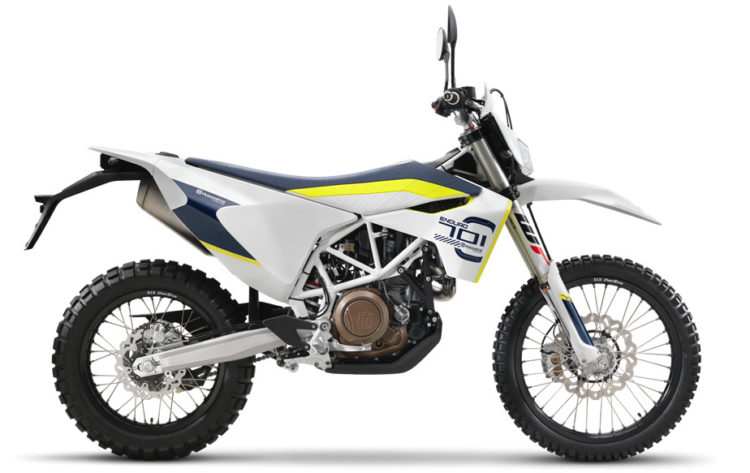 Pierer said that in 2018 motorcycle registrations in Europe increased 5%.  He went on to say that in Germany, KTM had sold 30% more motorcycles than in 2017.   But he cautioned that going forward, they and the motorcycle industry as a whole will have to settle for single, not double-digit growth rates.

“To be able to offer a three-cylinder, Triumph would have to come to our group, which I exclude, as much as my Indian partner makes an effort. The four-cylinder is now a Ducati theme, with Ducati already coming under pressure. »

“I have an emotional relationship with Ducati,” assures the KTM CEO. “Ducati is Ducati, there’s nothing to shake about that. The only brand that would fit us is Ducati. Everything else you can forget. MV Agusta is too small. »

Speedweek grasped onto that tidbit of information and asked if KTM could afford to purchase Ducati.  If the VW Group (Audi) paid about €740 million for Ducati in 2011, would KTM be able to obtain that kind of funding?

Pierer thought that KTM would be able to come up with the cash and perhaps at a discounted price.

“Audi may soon have other priorities than a motorcycle plant due to the diesel affair and e-mobility. Ducati is the Ferrari of the motorcycle industry. Of course, having such a brand in our group would be interesting. It is not a question of price, but it is about the topic: When does everyone realize in which situation he is. New homologation challenges await us – for example, we have Euro 5. In 2024, the issue of noise will come up. It is also in the demographic development in Europe. Today you have to go to Asia with the motorcycle business, to India. If you are not successful there, you will eventually be gone. Ducati is not concerned with the purchase price, but with the question: ‘How can I become stronger together?’ Time will tell…”

So it seems Pierer may have an interest in Ducati.  But is Pierer’s vision that VW Group will want to get rid of Ducati because of their “diesel-gate” and the upcoming Euro 5 regulations a good bet?  As Pierer said, “Time will tell”.